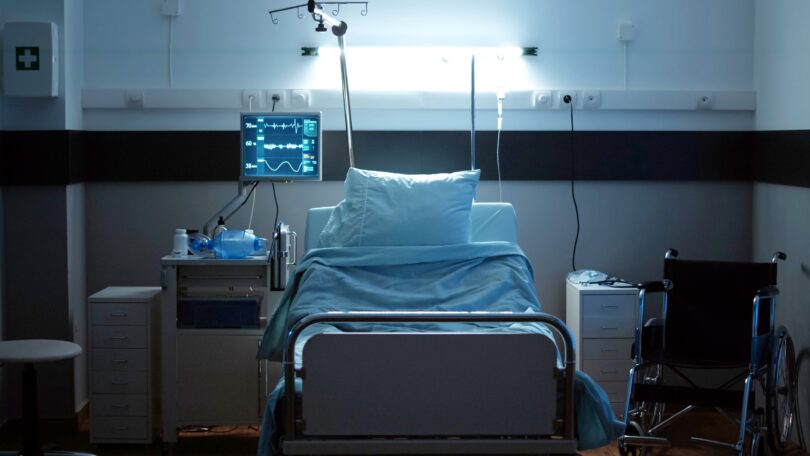 The Free State has been dealt another huge blow after it emerged that 13 pregnant women were forced to sleep on floors in the antenatal ward at the Pelonomi Regional Hospital in Bloemfontein.

When Thembi Mgababa went to give birth at Pelonomi, she never thought she’d have to lie on a mattress and wait her turn for over two days. It was during a period when the hospital had to deal with an influx of emergencies, with only 19 beds available.

She said when she arrived, she found other women already sleeping on chairs and others on mattresses.

“I gave birth to my first child at the hospital and was never ill-treated. There were two theatres, and every maternity ward had beds. This time around, things have changed. Patients are regarded as high, mild or low risks, and we receive attention based on each situation. I was told I was high risk but that there was no bed available for me,” she said.

This latest scandal has ruffled feathers including the MEC for Health in the Free State, Montseng Tsiu. She has promised to investigate the lack of beds for pregnant women at two Bloemfontein hospitals, the other being the National Hospital.

She responded after a mother, Puseletso Thamae, complained on social media about her daughter’s treatment.

Thamae told Health-e News that her daughter was booked to give birth on the 12th of December but went into a labour a day earlier.

“When we got there it was late, about 7.30pm. We found other girls and mothers sleeping on the floor and others on chairs. A nurse came and told us that they don’t have enough beds,” said Thame.

Tsiu, meanwhile, said the facilities should have planned better.

“It is not right that people sleep on the floor because people failed to plan. I have ordered my officials to look into it,” said Tsiu.

Another patient, Naledi Letshego, said she also spent two days sleeping on the floor.  She said she only got a bed on day two of being at the hospital.

“I took my sister to National where she was given a wheelchair, but there was no porter to push her. Later, they took the wheelchair back to give to another patient, said Brandsel.

Lesaona added: “I slept on a mattress without blankets; a nurse told me to get a blanket from home.”

A fire that ravaged Pelonomi earlier this year has been pinpointed as the main reason for the lack of beds. The blaze also severely affected one of the operating theatres.

A nurse, who did not want to be named, confirmed that Pelonomi Hospital has limited beds.

“We have since made our people aware that our second antenatal theatre caught fire this year and we are having only one with limited beds. A lot of women are being admitted and we can’t refuse them. We, however, prioritise emergencies. A clinic has also been booking in a lot of women without notifying us,” said the nurse.

‘The tip of the iceberg’

Another patient, Jabulani Taka, who frequently collects his treatment from the hospital said that there weren’t enough beds even in the casualty ward.

“The truth is that what’s happening is just the tip of the iceberg. Patients sleeping on chairs is a common a sight. Our government doesn’t know because every time leaders arrive, they aren’t taken to the problematic areas,” said Taka.

Free State Department of Health spokesperson, Mondli Mvambi, said there is a backlog of antenatal patients due to the damaged theatre.

“The patients that were seen on social media are not in wards but are at the waiting and referral sections of the hospital. As beds become available, they are taken to the theatre and wards as scheduled for any procedures. It is a  well-known fact that ever since a fire broke out in a theatre, Pelonomi is utilising a single theatre,” Mvambi said.

The DA has requested the South African Human Rights Commission (HRC) to investigate the horrendous human rights violations we encountered on a recent oversight to Pelonomi Hospital in Bloemfontein.https://t.co/QTY2rgEOsV

The high influx of trauma patients

He admitted that Pelonomi was experiencing high admissions leading to limited beds in each section.

“We are experiencing a high influx of trauma cases during weekends. As for those who are giving birth, they are also considered as high risk. All these keep the hospital units busy and cause backlogs,” Mvambi said. – Health-e News