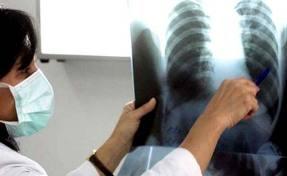 Nokwayiyo Racasa is a former teacher who lives in Gugulethu on the Cape Flats. If you’d seen her five years ago, you would not have recognized her. She was thin; she often got sick; she had no energy. 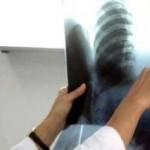 A course of anti-bronchitis medicine did little to make Nokwayiyo feel better. Then they thought she had pneumonia.

NOKWAYIYO RACAZA: And I was getting worried because I was thinking of these things happening to me’¦I wondered if I’m not HIV positive’¦I never thought of TB.

Chief in charge of Cape Town’s health, Dr Ivan Toms says it happens to his city’s residents all the time.

DR IVAN TOMS: They don’t know that they’re HIV positive, they come saying I’m coughing, I’m losing weight, I’ve got nightsweats’¦and then when we test them for HIV they’re also HIV positive and that suggests why they’ve got TB at the moment.

After recovering from TB, it still took Nokwayiyo three years to make the decision to test for HIV. When she finally did, her immunity was so low that she had to go onto antiretrovirals immediately. She was lucky though ‘ only a third of people who need ARVs in this country, get them.

NOKWAYIYO RACAZA: Ever since I started them I never missed any dose’¦that is funny, the way I adhere on my ARVs’¦because at first I didn’t want to take them.

Fear and uncertainty nearly cost Nowayiyo her life. She was scared of the side-effects of ARVs. Unsure that they would help her.

NOKWAYIYO RACAZA: I had a relief, because I wanted to do the HIV test long ago, but I was afraid to go forward. So with the persuasion of the doctor, I had the courage to do it.

Every day doctors like Gilles van Cutsem deal with patients who struggle to take their ARVs and TB medication correctly.

GILLES VAN CUTSEM: Simple TB it’s administered at a clinic…where patients have to come every day to the clinic. It’s a big problem because we don’t have enough capacity, but also coming every day to the clinic is difficult for patients, I mean we have some patients defaulting for that’¦with very very high workload and insufficient staff it’s I don’t think feasible anymore.

If you have TB the rule is you must take you pills under the supervision of a nurse or an observer every day. You don’t really know much about the drugs you’re taking…it’s up to the supervisor to make sure you get the right pills. It’s very very different for HIV. Ask anyone on antriretrovial treatment, and they will tell you EXACTLY what ARVs they’re taking, and what each of the pills do.

NOKWAYIYO RACAZA: I don’t remember me getting counselling whilst I was on TB treatment’¦I only got counselling whilst I was on ARVs. So there’s a big difference’¦and the fact that the people are defaulting this way, I’m sure it’s just that there’s no-one talking to them…now I’m working with the patients, I could see there is a need of having counselling when you are being diagnosed with TB ‘ in fact any illness, there’s a need to get the person to know more what he or she has been diagnosed with…

IVAN TOMS: We get incredibly good ARV adherence rates’¦two years, three years down the line’¦still 95% of people taking their drugs appropriately every day’¦with TB, which is now only for 6 months, we don’t get that kind of adherence.

Nokwayiyo now counsels patients at her local clinic that if they don’t finish their drugs, they could develop more deadly versions of TB and fewer drugs will work for them. Nokwayiyo want to share what she knows about staying well. She got training from the Desmond Tutu HIV Centre.

LINDA-GAIL BEKKER: TB is a treatable condition, even in the context of HIV…if antibiotics are taken well and consistently’¦for the full duration, TB can be cured, and that’s important to know’¦I myself have had that ‘ there definitely is a point where you feel you’ve had enough of these pills and you definitely cant anymore. It’s important then to know that if you push on you can cure the illness.

IVAN TOMS: If we were doing that ‘ holding all our patients on their treatment, getting them to the end of their six month treatment, we probably wouldn’t have multiple drug resistant TB in this country.

NOKWAYIYO RACASA: For me, I’m feeling proud, because I think I’ve made change to many people’¦and still I looking forward to make a change in a lot of people. And I become worried if I saw someone who is sick and like now, I’ve been to TB, I’ve been to HIV ‘ so I can see the symptoms so I become worried if I can see someone is sick and staying at home and yet I can see that ei there is something wrong with this one. I wish she should go forward and let it be, rather than staying at home.