Home » Medicines go missing – and so do budgets 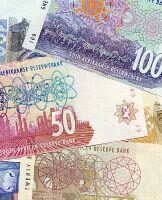 MTBS must put basic rights at its centre. (File Photo.)

Budget cuts and poor financial management may be some of the culprits driving the country’s medicine stockouts.

Medicines go missing – and so do budgets 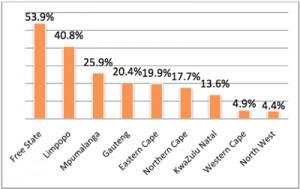 More than half of the Free State’s health centres went without HIV and tuberculosis (TB) medicines in the past few months, while Limpopo and  Mpumalanga have also struggled to ensure a regular supply of medicines, according to a new report.

Despite a significant HIV positive population and the growing need for ARVs, the Free State’s health budget for the current financial year shrunk by about three percent, according to the Centre for Economic Governance and Aids in Africa.

In Limpopo, where 40 percent of clinics ran dry, the health budget has been slashed by about seven percent.

Mpumalanga’s budget has barely increased despite the province’s enormous HIV burden, particularly in Ermelo, which will host the national commemoration of World AIDS Day event this year. A quarter of the Mpumalanga clinics surveyed had experienced shortages of HIV or TB medicines, according to the Stop Stockouts Report.

“We think World AIDS Day should be about addressing the challenges that face us rather than an artificial celebration,” said Section27 Executive Director Mark Heywood. “We’re not out of this AIDS epidemic by a long shot…what we’re saying with this report is that we’re in danger of going backwards.”

In 2008, the Free State’s health department halted its antiretroviral (ARVs) programme, rationing ARVs and refusing to admit and new patients because the province had run out of money.

More recently, the Auditor General (AG) noted that there had been a seven-year delay in awarding a tender for construction work to a medicines depot. The AG also found that some medicines in the province were being stored at temperatures that were too hot or too cold in violation of national regulations, and in some instances, medicines were allowed to freeze during winter, according to the AG’s report.

In Mpumalanga, there was an almost two-year delay in the second phase of construction on the Middelburg Pharmaceutical Depot.

“Without sound internal financial control, an environment of abuse, misuse and corruption can flourish,” Madonko said. “It is without a doubt that the financial control environment within these provinces is a contributing factor to poor delivery and supply of medicines.”

Indira Govender is a doctor working in the Western Cape and part of the Rural Doctors Association of South Africa. She said that although drug supply chains in South Africa generate a hefty amount of paperwork reviewed by the AG, the oversight body does not regularly report these findings. – Health-e News Service.