Home » News Articles » A child with a child 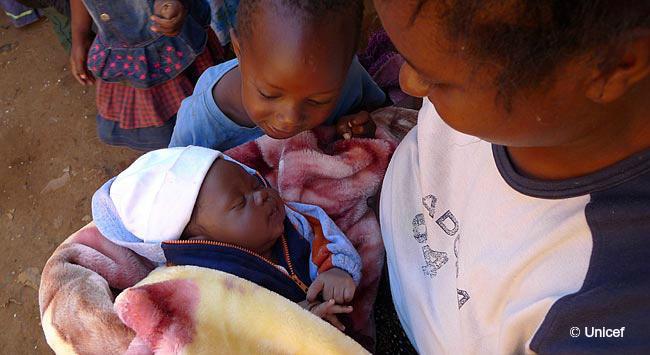 When young Nompumelelo Sithole* from a small farming town in Mpumalanga asked local clinic nurses for contraception, they told her to come back when she was 18 years old. Now 13 years old, Nompumelelo has an eight-month-old baby.

A child with a child 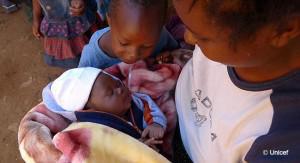 Her father, Sizwe, was heartbroken. After his wife died of AIDS-related illnesses, his biggest fear was that his daughter would fall pregnant and contract HIV.

“My children knew that both my wife and I were HIV-positive,” he told OurHealth. “Just two years after she died, my 12-year-old fell pregnant.”

Despite Nompumelelo’s attempts to hide her pregnancy, Sizwe said he could tell something was amiss. He started noticing changes in her behavior and that she was hanging out with an older boy.

“When I asked if she was pregnant, she denied it and burst into tears,” he said. “The next day, I took her to the clinic for a test.”

“(We found that) she was 12 weeks pregnant and she had a sexually transmitted infection,” he told OurHealth.

Nompumelelo said that if she had been given contraceptive pills or injections when she went to the clinic with friends, she would not be in this situation.

“We knew it was the right thing to seek help at our local clinic, but I was too young to be taken seriously,” she told OurHealth.

When Nompumelelo and her friends visited the local clinic for birth control, she said nurses laughed at them. After nurses found out that the young girls were already sexually active, they chased them off and told them to come back when they were 18 years old, she said.

“We may be young, but denying us contraception was wrong,” Nompumelelo added. “It made no difference to our behavior because we were already having sex.”

She remarked on the irony that now that she is a mother, she is allowed contraception despite being refused it when was she needed it.

Her father said while family members had suggested Nompumelelo get an abortion, he said he felt that this would go against his religious beliefs as well as those of his late wife.

Although Sizwe is grateful his daughter and new grandchild are healthy, he says that his young daughter’s pregnancy has hurt him deeply as a father.

“Now, my daughter at her young age is not only dealing with the loss of her mother, but has to learn to be a mother as well,” he said. “What’s hurt me the most is that she doesn’t know who the father of her baby is because she was having sex with different boys, all of them older, and none of them were using condoms.”

For Nompumelelo, the difficulties of being a new mother make her wish that her own mother were still alive.

“No child at my age should have to be a mother because it is not easy,” she told OurHealth. “Sometimes I wish my mother was here.”

Read more about sex and teen pregnancy in South Africa