Home » Morbidity, mortality and a whole new meaning of M&Ms 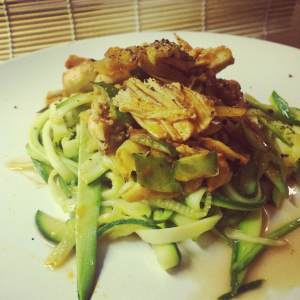 Charting death and disease in rural South Africa gives our doctor-turned-blogger flashbacks as she enters her second week on Tim Noakes’ banting diet on a budget.

There was a time when the mention of “M&Ms” brought to mind handfuls of delightful little milky chocolate candies coated in all the colours of the rainbow.

Sadly, even rapper Eminem is more pleasing to the eyes and ears than what I now know as “M&M.”

Ask any doctor, and they’ll agree. Those two letters, mirroring each other so innocently mean one thing and one thing only in the medical world: Morbidity and Mortality.

Chris Hani Baragwanath Hospital’s surgical unit is notorious for their M&Ms meetings. The surgeons sit at the front, whilst a registrar presents the statistics and within minutes there is chaos. Egos are flying across the room – backed with words not worth repeating – diagnoses are debated, management is scrutinised, and opinions are heard and often ignored.

Try to imagine the United Nations’ New York City headquarters, keep all the foreign accents -the hospital attracts international experts – then take away diplomatic civility  and replace it with surgeons’ pseudo-god-complexes.

What do you have? M&M meetings.

Through all of this, the lowly, exhausted interns sit hunched in their chairs and pray that they won’t get picked on for a blood that wasn’t checked, a potassium level that wasn’t shifted, a phone call that wasn’t answered and so forth.

But not here. In Mpumalanga, our M&M meeting begins in song.

The midwives raise their voices to sky, singing “help us” to the gods above. I can’t decide if it is somber or joyful. A desperate plea or a united stand?

The statistics are presented as well as a case. We talk in circles at times, skirting the main event, repeating points that have been made time – not pointing fingers, but also not making progress. It’s certainly a more pleasant event compared to the gladiator pit at Chris Hani Baragwanath, but at the end I wonder if we really learnt anything.

As I leave the boardroom, I’m left with a strange sense of nostalgia for those intolerable professors who didn’t let a single stone go unturned.

Back to banting and week two

[quote float=”right”]”My total caloric intake has dropped. It is now probably too low given that I am not currently overweight.”

Oh glorious, glorious zucchini. If you’ll indulge me, I would love to share my ultimate foodie fantasy with you. I’m in Florence, at a small corner cafe, and an Italian mama hands me a side-plate topped with two golden-brown, fried zucchini flowers.

I pass one to the devastatingly good-looking man who is seated in front of me. He brings it up to his lips, blows gently on it, smiles and then places it directly in front of my mouth. I take a bite and the melted buffalo mozzarella drips down my chin as the zucchini dissolves in my mouth.

Some dream… I’ve seen zucchini flowers on a menu before, but never ordered them. It’s a childish thing, but I’m holding out for this exact moment.

So, you can imagine my excitement in having some zucchini to work with this week. For breakfast I grated a large baby marrow, added an egg and made a fritter, similar to my sweet potato version last week. I topped it with a fried egg.

For lunch I pulled out the stew from the night before, reheated it and added some water to turn it into more of a soup. The flavours had developed overnight and the meat was fractionally softer although not quite tender.

For dinner I made what is honestly my favourite budget banting meal to date: chicken stir-fry on a bed of zucchini noodles. First, I boiled a piece of frozen chicken and broke it into pieces with the skin on. In a pan, I fried  onion, garlic and chilli, and added the chicken and a dash of tomato paste. I used a Chinese peeler to make thin strips of marrow, which I then sliced into noodles and sautéed until al dente.

Breakfast was brief because I had to get ready for the M&M meeting. I had half a ripe avocado with my morning tea. Just after lunchtime, I cooked up some scrambled eggs topped with guacamole. It made the perfect snack.

Dinner was a challenge. I had to face my fears and willingly take on the chicken livers that I bought.

Maybe it was second year dissection classes that put me off the stuff, but I think my disdain for it goes further back than that. So I needed to make it as palatable as possible. The result was a chicken liver pate. I served it with baby-marrow ciabatta, fresh cabbage wraps and a medium boiled egg. I used Jamie Oliver’s recipe, minus the sage, booze and other extras that I couldn’t afford.

It turned out great but I’m afraid that it was still a bit of a challenge for me. I ate the stuff, but can’t say I enjoyed it. 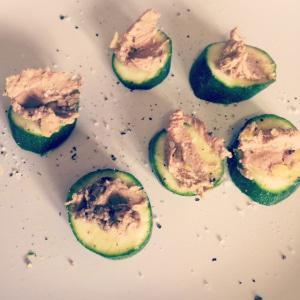 “This just goes to show: if you try something and don’t like it, give it another bash, you might just find that either your palate has matured… or the food has.”

For breakfast, I made an omelette which I filled with fried onion, chilli and zucchini. At lunchtime, I had the last bit of leftover stew from Monday and a side-plate of marrow slices topped with chicken liver pate.

I must say, the chicken liver pate definitely “matured” overnight, and was actually scrumptious the next day.

This just goes to show: if you try something and don’t like it, give it another bash, you might just find that either your palate has matured… or the food has.

Pig trotters were on the menu for dinner.

When I got back from the gym, I sat down and really tried to chew, swallow and digest some of it. I felt as though I were on the television show Fear Factor but without the prospect of a big prize at the end.

There was very little to eat, and eventually I ended up making a plate of stir-fried cabbage and egg, which I ate with half an avocado. I went to bed feeling full, but utterly unsatisfied and really very annoyed that I had thrown R21 down the drain.

A standard these days: scrambled eggs for breakfast. At lunch time, I took the remaining half of the avo from the night before, scoured out some of the flesh around where the pip sits and the cracked one egg in to the pool. I baked this in the oven until the egg was cooked. Got this idea from a fantastic feed that a friend of mine put me on to. It is truly incredible how versatile a fruit avocado is.

For dinner, I had a second bash at a Spanish omelette, using my last sweet potato and half an onion. It turned out great and was perfectly delicious, although eating roughly 6 eggs in one day does lose its charm.

I’m at the point where I would even prefer to have someone else eating my eggs. Regardless, I gobbled up half the Spanish omelette and kept the rest aside for lunch the following day.

Some facts and figures

My dietician friend kindly put together a table comparing my normal diet to this budget low-carb, high-fat experiment. She did this by taking a 24-hour food recall on a random day before I started, and then again whilst I was banting. For those interested in the nitty gritty, you can view it here Banting Sheet1.

Read Lace’s past posts to re-live her journey of banting on just about R22 per day.