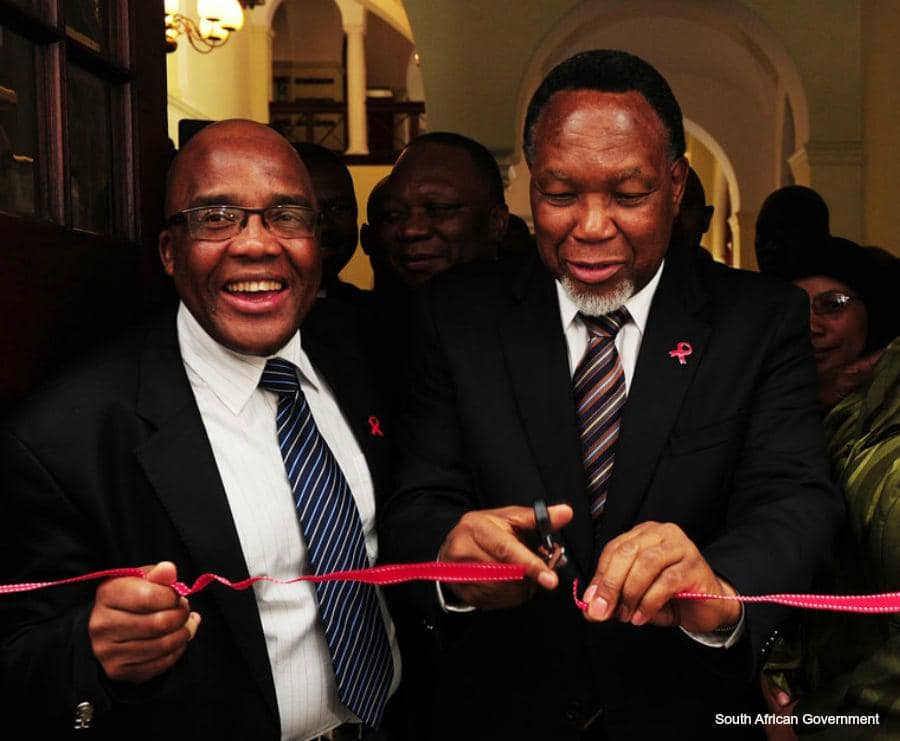 NCDs, the health of women and children, and universal health coverage must be focuses within the post-MDG agenda, says Motsoaledi 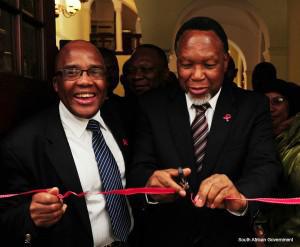 NCDs, the health of women and children, and universal health coverage must be focuses within the post-MDG agenda, says Motsoaledi, who is pictured here with former Deputy President Kgalema Motlanthe (right).

South Africa is unlikely to meet MDG targets to reduce maternal and child deaths by the MDG’s September deadline, according to data from the latest District Health Barometer. The Health Systems Trust publication found that about 1600 new or expecting mothers lose their lives annually.

Meanwhile, almost six percent of all children died before the age of five years, largely due to AIDS-related illnesses, diarrhoea, pneumonia, and malnutrition.

Now, with just about 500 days remaining before the MDG deadline, those working to curb the world’s high rates of maternal and child death are looking forward to the next set of international targets, which remain contested.

The world now has a preliminary draft of what have been dubbed the Sustainable Development Goals (SDGs), within which health is likely to be a cross-cutting issue. The SDGs will likely be hotly debated for the next year until United Nations member states decide the targets that will be international development’s rallying points for the next 15 years.

Speaking at the Partnership for Maternal, Newborn and Child Health (PMNCH) conference in Johannesburg yesterday, Motsoaledi said that maternal and child health must remain on the world’s agenda.

“When the post 2014 agenda was being discussed… I heard some people saying that out of the MDGs, three were health-related and that it was time to move on,” he told Health-e News. “I got very scared when I heard this.”

“As long as humanity has existed, women will be bearing children and children will be born and they all need to survive,” Motsoaledi added. “To me, this is an everlasting agenda.”

With an increasing number of developing countries experimenting with universal health coverage, or national health insurance (NHI), he said that too must guide the world moving beyond the MDGs.

“About 90 percent of the health care systems around the world are designed for the rich and not the poor but we are asking the poor to (meet) these targets,” Motsoaledi said. “(The NHI) is the only way you can equalise (health access) between the rich and the poor.”

He added that South Africa will also be supporting the inclusion of targets or indicators related to what he called “the explosion of non-communicable diseases”.

Machel thanks world in first speaking appearance since Mandela’s death

In her first public speaking event since Madiba’s death, Machel revealed that she had not been able to watch television coverage of her husband’s death and thanked the world for its out cry of support.

“I wanted to take this opportunity to (say) thank you, thank you, thank you to the millions of kids who took the trouble to write notes of love and support to Madiba while he was sick,” said  Machel, who referred to her husband’s death as one of the most humbling experiences of her life.

“When he passed, I am told – because I couldn’t watch – that literally every TV station focused on his life and legacy,”she told Health-e News. “I know if Madiba had been there he would have said thank you to every sincere gesture which was taken just to say to him, ‘you are a life we appreciate and value.’”

Concluding her remarks to a standing ovation by several hundred attendees, Machel said it was fitting that her return to public speaking mark a meeting on an issue so dear to Madiba’s heart – the health of women and children. – Health-e News Service.