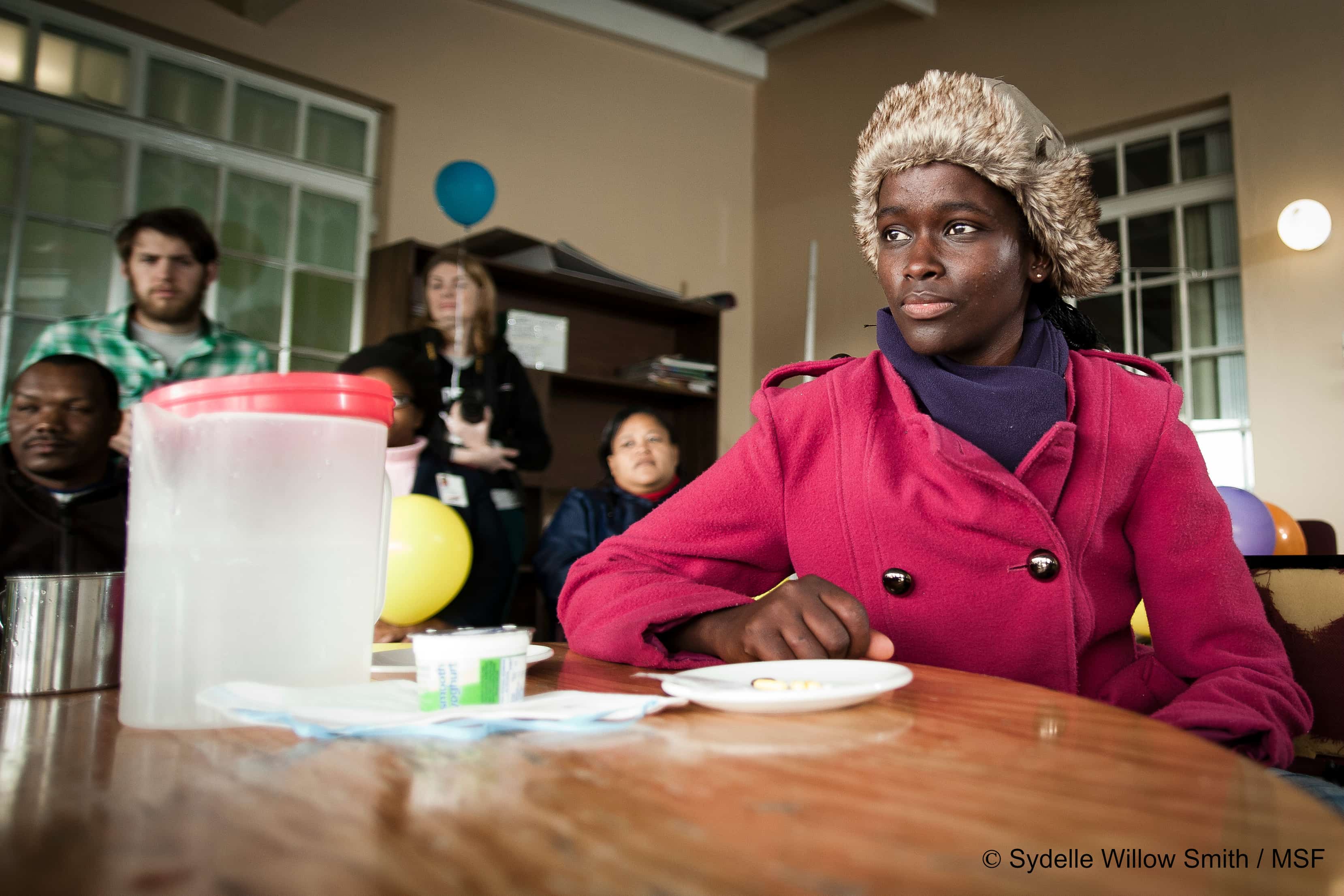 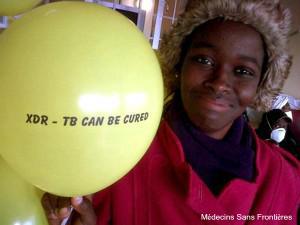 Phumeza Tisile was cured of XDR-TB with the help os MSF-sponsored linezolid. She recently delivered a DR-TB manifesto she co-wrote with her doctor to the World Health Assembly. Signed by DR-TB patients and doctors from around the world, the manifesto requested access to better medicines.

The MCC’s decision is the conclusion of a three-year battle for MSF and comes a few weeks after the MSF lodged a high court case against the MCC. This followed the regulatory body’s failure to convene a statutory committee to allow MSF to appeal the MCC’s December decision barring it from procuring cheaper XDR-TB treatment.

MSF said yesterday that the MCC has now granted it special Section 21 permission to import generic linezolid from the Indian generic medicine producer Hetero Drugs. Such an approval allows MSF to use a medicine not yet registered for use in South Africa for a short period of time.

At more than R700 per daily pill, the XDR-TB drug linezolid remains out of reach for most South African patients but the generics MSF procures cost around R80 per pill for its patients. In its MCC application, MSF was able to successfully argued that the brand name drug’s high cost was a barrier to the realisation of South Africans’ right to health.

MSF has withdrawn its court case against the MCC, according to MSF Access Campaign Advocacy Officer Julia Hill. The humanitarian organisation has been battling to provide patients with cheaper medication since it began treating drug-resistant TB patients in Khayelitsha in August 2011.

Hetero Drug’s generic version of linezolid is used globally by programmes financed by The Global Fund to Fight AIDS, TB and Malaria and has also approved by the UK’s MCC equivalent, the Medicines and Healthcare products Regulatory Agency, Hill adds.

Hill added that Hetero’s application to register generic linezolid in South Africa has been with the MCC for at least a year.

Under the MCC’s recent decision, MSF will only be allowed to import generic linezolid for use in its Khayelitsha drug-resistant TB projects but Hill says the decision may pave the way for similar Section 21 requests.

“The MSF Section 21 application was filed based on the unaffordability of the registered Pfizer product,” Hill tells Health-e News. “There is nothing to stop other qualified actors – including the National Department of Health – from filing a similar application in order to expand access to this medication across South Africa for TB patients who need it.”

Hill added that the MCC will continue to hear similar appeals until the Department of Trade and Industry (DTI) finalises its long-awaited and much delayed policy on intellectual property.

“Before the elections, we were told by the DTI that they had assembled an interdepartmental task team,” Hill says. “There has been very little transparency about the stage at which the process is at, who is on the task team, and what is its work plan or mandate.”

“The process doesn’t seem to be moving forward even tough we’ve heard it was a priority from the Minister of Health, the African National Congress, the Democratic Alliance and the DTI.”

No news on other DR-TB drug registrations

She added that due to the South Africa’s high burden of HIV and TB, drugs used to treat either disease automatically qualify for fast-track MCC approval.

Bedaquiline is the first novel anti-TB drug created in the last 40 years and is currently being used on a small scale in the country through a clinical access programme, which has produced promising early results.

However, Williams says that data from the clinical access programme will not be used as part of Janssen Pharmaceuticals’ application to the MCC. – Health-e News Service.

An edited version of this story was first published in the 1 July edition of the Cape Times.