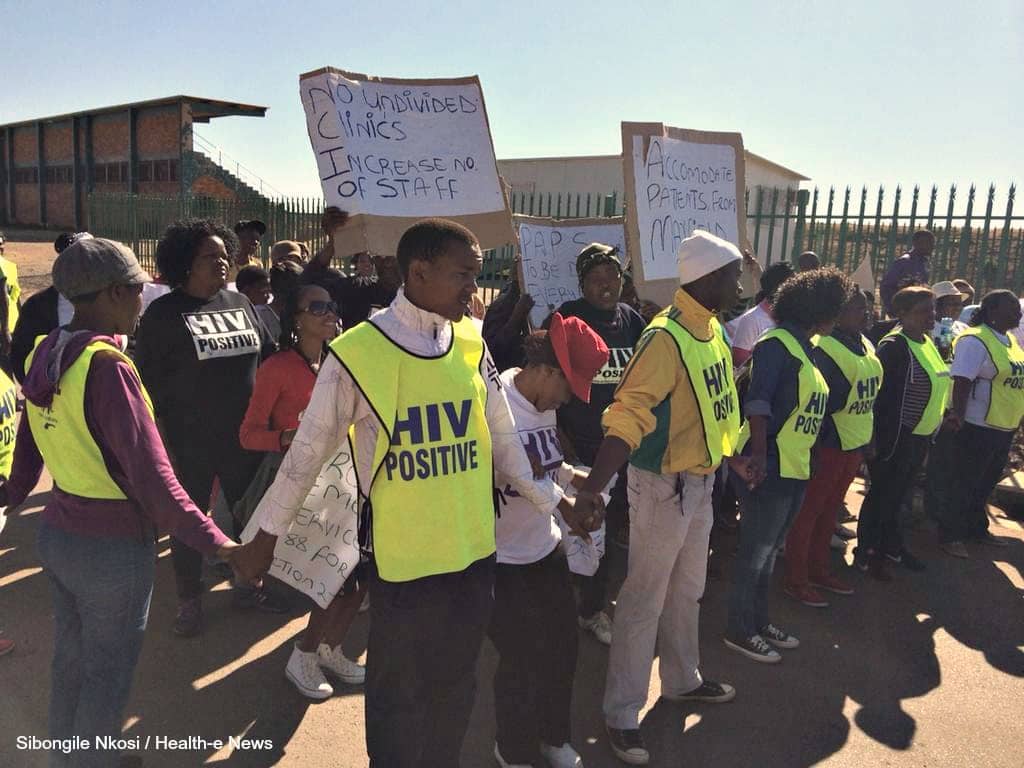 Collen Mathe once arrived at clinic at 7 pm suffering from stomach ulcers. While he queued, he watched a man die while waiting in line.

About 100 protestors took to the streets yesterday to demand the expansion of Daveyton Main Clinic and an end to recurring HIV drug stock outs. The protest is the second in two years. 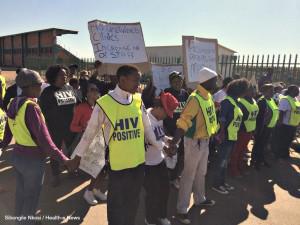 Collen Mathe once arrived at clinic at 7 pm suffering from stomach ulcers. While he queued, he watched a man die while waiting in line.

Patients complain of health workers’ poor attitudes and that a shortage of space means they are often left queuing outside.

“It is sad that patients stand in long queues outside the clinic when they come to collect their medication,” TAC Gauteng Chairperson Sbongile Tshablalala told OurHealth. “Regardless of weather conditions, they have to stand outside for long hours only to be served by staff with bad attitudes.”

Collen Mathe once arrived at the clinic at 7 pm suffering from stomach ulcers. While he queued, he watched a man die while waiting in line.

“I couldn’t believe my eyes when it happened,” he said. “I still think that man could have been saved if the staff was more attentive and there were more nurses on duty.”

[quote float=”right”]”I still think that man could have been saved if the staff was more attentive and there were more nurses on duty.”

Busi Nhlapho, is HIV positive and currently on ARVs to help ensure her unborn baby will be born HIV negative. She says she is often given a week’s supply of treatment.

Typically, patients should be given at least one month of treatment at time.

“ARV shortages are a norm here,” she said. “We are often given a treatment which only lasts for a week, and are told to come back and fill up.”

Nhlapho also receives antenatal care at the clinic and added that nurses only see up to 30 expecting mothers a day.

“You have to arrive at the clinic at least half past five so that when registration starts at 7:30 am, you can make…the 30 people that they will serve,” she said. “Registration only happens for 30 minutes and if you didn’t make it to the list by 8:00 am, you know you have to come back the following day.”

Ekurhuleni Health District representative Mthuthuzeli Sboza arrived four hours after the start of the protest to receive a memorandum from the AIDS lobby group.

The Gauteng Department of Health had not returned requests for comment at the time of going to print.