In addition, people with HIV will start treatment when their CD4 count, which measures immunity, drops to 500 not 350 as at present.

Currently, pregnant HIV-positive women with a CD4 count over 350 only receive ARVs during pregnancy and breastfeeding to prevent mother-to-child HIV transmission.

Next month, the health department will also launch MomConnect, an SMS service for pregnant women, which will send mothers-to-be health messages relevant to their stage of pregnancy.

“The women will also be able to send us ‘please call me’ messages to inform us of their concerns and experiences in our healthcare facilities,” said Motsoaledi, while explaining how his R145,7-billion budget will be spent.

However, HIV Clinician Professor Francois Venter and the Treatment Action Campaign (TAC) questioned whether the department would be able to implement these ‘hi-tech” measures when health service delivery was in crisis in many of the provinces.

“The intention behind these announcements is great but, given that there are daily stock-outs of basic TB medicine, ARVs and vaccines at many clinics, the department needs to pay attention to fixing health service delivery in the provinces,” said Venter, deputy director od the Wits Reproductive Health and HIV Institute and head of infectious diseases at Charlotte Maxeke Hospital in Johannesburg.

The TAC’s Marcus Low added that “there are severe problems in many of our provincial healthcare systems. We have for example seen a shocking collapse of services in the Free State in recent months. Failure to deal with under-performing provinces will undermine the effectiveness of any policy changes.”

Low also questioned whether “increasing the treatment threshold to 500” was warranted.

“While this may reduce transmission rates, it is not yet clear whether earlier treatment is in the best interest of individual patients – this question will only be definitively answered by the ongoing START trial,” said Low.

Need to plug leaks in the HIV treatment cascade

[quote float=”right”]”The intention behind these announcements is great but, given that there are daily stock-outs of basic TB medicine, ARVs and vaccines at many clinics, the department needs to pay attention to fixing health service delivery in the provinces”

Motsoaledi acknowledged that there were “leakages” in the HIV treatment programme. Most significantly, health facilities had lost touch with almost four out of 10 (37%) people on ARVs three years after they started treatment. It is not known whether they have died, stopped ARVs or moved.

Only half of those on ARVs get their viral loads tested to see whether the ARVs are working to suppress the virus.

Only 65 percent of men and children who need ARVs are receiving them, in comparison to 80 percent of women.

Motsoaledi says there will be “mass (HIV) testing in every possible setting, including schools, universities, workplaces, churches and communities” to ensure that everyone knows their HIV status.

Venter said that patients being “lost to follow-up” was an international problem: “Given the level of disease I am seeing now, which is much lower than it was, it is likely that they have moved to other treatment programmes. But we have no data to guide us and there doesn’t seem to be a plan to monitor patients.”

The Minister also said that the treatment of multidrug-resistant (MDR) tuberculosis would be decentralized from 100 sites to 2 500 sites run by nurse-led treatment teams in municipal wards in order to reach more people.

Deputy Health Minister Joe Phaala said non-communicable diseases such as heart disease, hypertension, cancer and diabetes, are “emerging as the new health problem of the future”.

To address these, the department was dedicated to more tobacco control, reducing alcohol consumption, promoting healthy eating including reducing salt in food, and exercise, said Phaahla.

Meanwhile, over 345 000 Grade 4 girls have received their first vaccines against the human papilloma virus, one of the main causes of cervical cancer.

Responding to the health budget vote, the Democratic Alliance’s Dr Wilmot James said that the money allocated for primary healthcare was “entirely inadequate to the task”.

Describing Minister Motsoaledi as “a strength in the health system”, James said the “weak links” were the provinces and municipalities, which received”90 percent of the budget”.

All but two provinces received negative reports from the Auditor General, mainly because of the “lack of consequences” for officials that failed to do their job, said James.

The Inkatha Freedom Party’s Mario Ambrosini, who has advanced cancer, made a plea for new regulations aimed at regulating complementary medicine to be modified.

Speaking from a wheelchair with tubes from his nose to an oxygen cylinder on his lap, Ambrosini said he was being treated with “Chinese medicine”.

“But the new regulations would make this illegal because they have not been proved effective through a double-blind placebo test,” said Ambrosini.

“We should return the power to doctors to decide how to treat their patients. Discretion should be given to doctors in terminal cases to go beyond what is permitted,” he concluded.

The Economic Freedom Fighters‘ N Matiase, dressed in red overalls, said his party would not support the budget as it “fails to address the explosion of disease in our country”.

Meanwhile, in commenting on the health budget vote, the TAC also pointed to how provinces were weakening health care.

“A lack of commitment and political will from MECs for Health like Benny Malakoane in the Free State is undermining national policies, wreaking havoc on provincial budget allocations and contributing to the collapse of the healthcare system,” said the TAC’s Marcus Low.

The TAC also asked what had happened to the National Health Insurance White Paper promised two years ago.

“Given the current budgetary constraints and the provincial health departments in financial crisis such as the Free State, Gauteng, Eastern Cape and Mpumalanga, it is high time that a national debate takes place on health system reform,” said the TAC.

Edited versions of this article first appeared in the 24 July editions of the Cape Times and Mercury newspapers.

A South African child has controlled HIV without drugs for over eight years in a highly rare and special case.

Deaths among pregnant women and new mothers may finally be falling in South Africa, but the proportion of these deaths due to an age-old disease may be rising, say experts. 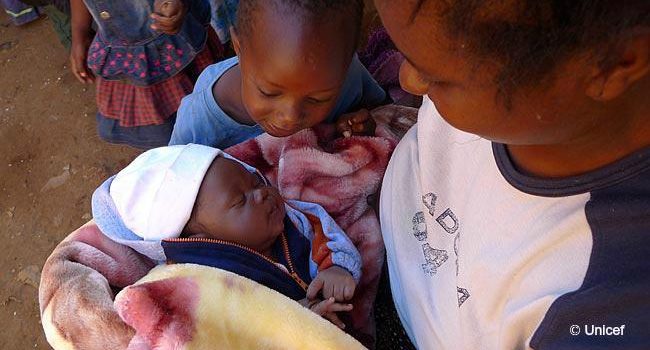