The world has five years to increase access to HIV treatment and prevention to end HIV as a global health threat – and prevent the pandemic from resurging, according to the latest global HIV report released last night. 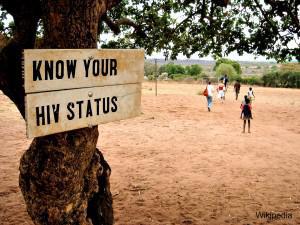 According to the new UNAIDS report, fewer than half of men who have sex with men in 88 countries know their HIV status.

“We have bent the trajectory of the AIDS epidemic,” said the United Nations Joint United Nations Programme on HIV/AIDS (UNAIDS) in its latest global report released last night. “Now we have five years to break the epidemic or we risk the epidemic springing back even stronger.”

The report cautions that eliminating HIV as a global health threat does not necessarily mean no new infections.

Instead, ramping up the HIV response through improved access to HIV treatment and prevention for high risk groups like sex workers and men who have sex with men (MSM) will safeguard the world’s gains in reducing new infections and AIDS-related deaths, argues the report.

South Africa, alongside many of its neighbours, remains one of the 30 countries responsible for about 90 percent of all new HIV infection globally.

The new report scores South Africa high on preventing mother-to-child HIV transmission and on condom use among sex workers. More than 80 percent of HIV-positive expecting mums access antiretrovirals (ARVs) to prevent their unborn children from contracting the virus and a similar percentage of sex workers report using condoms with clients.

“For sex workers to have condoms and ARVs confiscated from them when they are arrested is just a blatant violation of rights, which has a direct impact on our programming,” said Abdullah, who launched a national HIV prevention and care plan for sex workers last year.

However, South Africa falls short on targets to ensure that 80 percent of adults and children living with HIV are on treatment. This is despite the fact that South Africa’s ARV programme is responsible for about 18 percent of the 13.6 million HIV-positive people that UNAIDS estimates are on treatment in low and middle-income countries.[quote float=”left”]”We have five years to break the epidemic or we risk the epidemic springing back even stronger”

Globally, HIV-positive children remain neglected and are about 40 percent less likely to be on ARVs than adults living with the virus. According to UNAIDS, AIDS-related illnesses remain the largest killer of Africa’s teenagers.

The country also gets low marks for condom use among MSM, less than 50 percent of whom report regular condom use in South Africa.

In July, World Health Organisation (WHO) recommended the use of ARVs in HIV-negative men who have sex with men in order to prevent HIV infection.

While the Southern African HIV Clinicians Society has released guidelines on the use of the brand name ARV Truvada to prevent HIV infection, the drug is not yet registered for use to prevent HIV. Reacting to the WHO’s announcement in July, Anova Health Institute’s Dr Kevin Rebe said this would prohibit the Department of Health from rolling Truvada out for HIV prevention and called for the registration of the drug to prevent HIV infection a “matter of urgency”.

The UNAIDS report recommends that Truvada be offered to HIV-negative sex workers, men who have sex with men and those in long-term relationships in which one partner is living with HIV in order to prevent infection.

The UN agency adds that ramping up the HIV response now could also mean a 17-fold return on countries’ investments in the fight. – Health-e News.

An edited version of this story first appeared in the 19 November edition of  The Star newspaper.