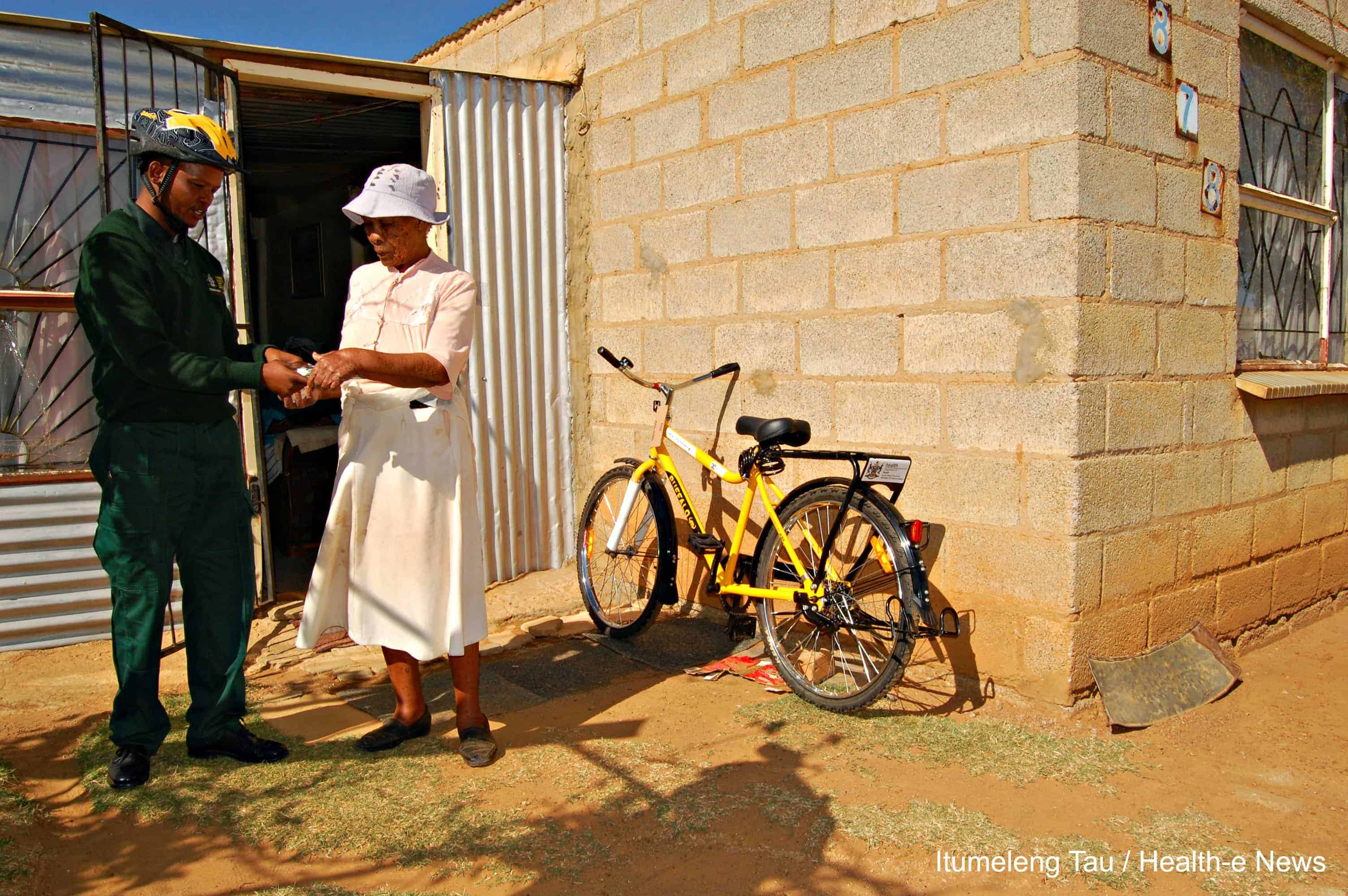 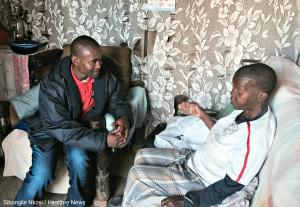 Mpho Modzai (left) used to walk Mamelodi’s Nyaope Road looking for a hit, now he walks it as a community health worker trying to bring health out of clinics and into communities.

Tshwane District community health workers Mpho Modzai and Phillipine Thulare spend their days crisscrossing Mamelodi east of Pretoria. The pair is supposed to screen families and communities for conditions like high blood pressure and tuberculosis, while also encouraging pregnant women to go for check-ups early to ensure their babies are born healthy.

Traversing Tshwane brings the pair into people’s home and into some of Mamelodi’s more infamous areas – like the township’s infamous drug-laden Nyaope Road named for the habit of many of those who line street.

A former nyaope addict himself, Modzai knew the road well until he decided to get clean and make a positive difference in Mamelodi as a community health care worker.

Modzai and Thulare join about 750 Tshwane community health care workers who are now working as part of community health teams, or ward-based outreach teams, in the NHI pilot district. Comprised of community health workers and headed by nurses, these ward-based teams conduct door-to-door health screenings and education with a particularly focus on the health of pregnant women and children under the age of five. 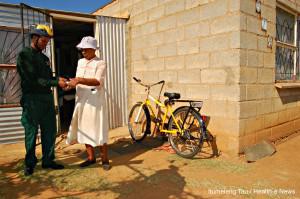 South Africa’s introduction of ward-based outreach teams has also garnered international attention with a recent visit by a team from Tanzania’s Ministry of Health and Social Welfare to look at the model not only in Tshwane and the North West but also Mpumalanga.

The districts have far outstripped other provinces like Mpumalanga and the Eastern Cape in developing these teams. In Mpumalanga, 52 ward-based outreach teams – or about a third of those needed – have been kitted out with uniforms, name tags and vehicles to reach about 28,000 households, according to a August 2014 provincial department of health presentation.

In contrast, the Eastern Cape’s NHI pilot district had no such teams as of just months earlier.

The North West recently delivered 364 bicycles to its ward-based outreach teams. In Tshwane however, community workers are left to cover distances on foot and without uniforms – a fact they say puts them in danger.

“Not having name badges or some sort of uniform makes it difficult for us to access communities, as people don’t believe we from the department of health and often chase us away,” says Modzi, who alongside other members paid out of pocket for uniforms.

Tshwane community health care workers also report often lacking the basic equipment to screen patients for common ailments as well as gloves.[quote float= right]“Although we visit households and assist with some health care needs, we are unable to screen for chronic diseases…”

“Although we visit households and assist with some health care needs, we are unable to screen for chronic diseases like diabetes and highblood pressure,” Modzai tells Health-e News.

For Thulare, this means referring patients to the clinic to start the process of screening again that could have been done by the community health worker. She says this does nothing to shorten clinic queues or decrease clinic workloads. North West ward-based outreach teams have reported similar challenges when screening equipment remains in the hands of team leaders.

He added that provinicial department of health was looking at ways to improve community health worker recruitment to reduce the distances ward-based teams had to travel.