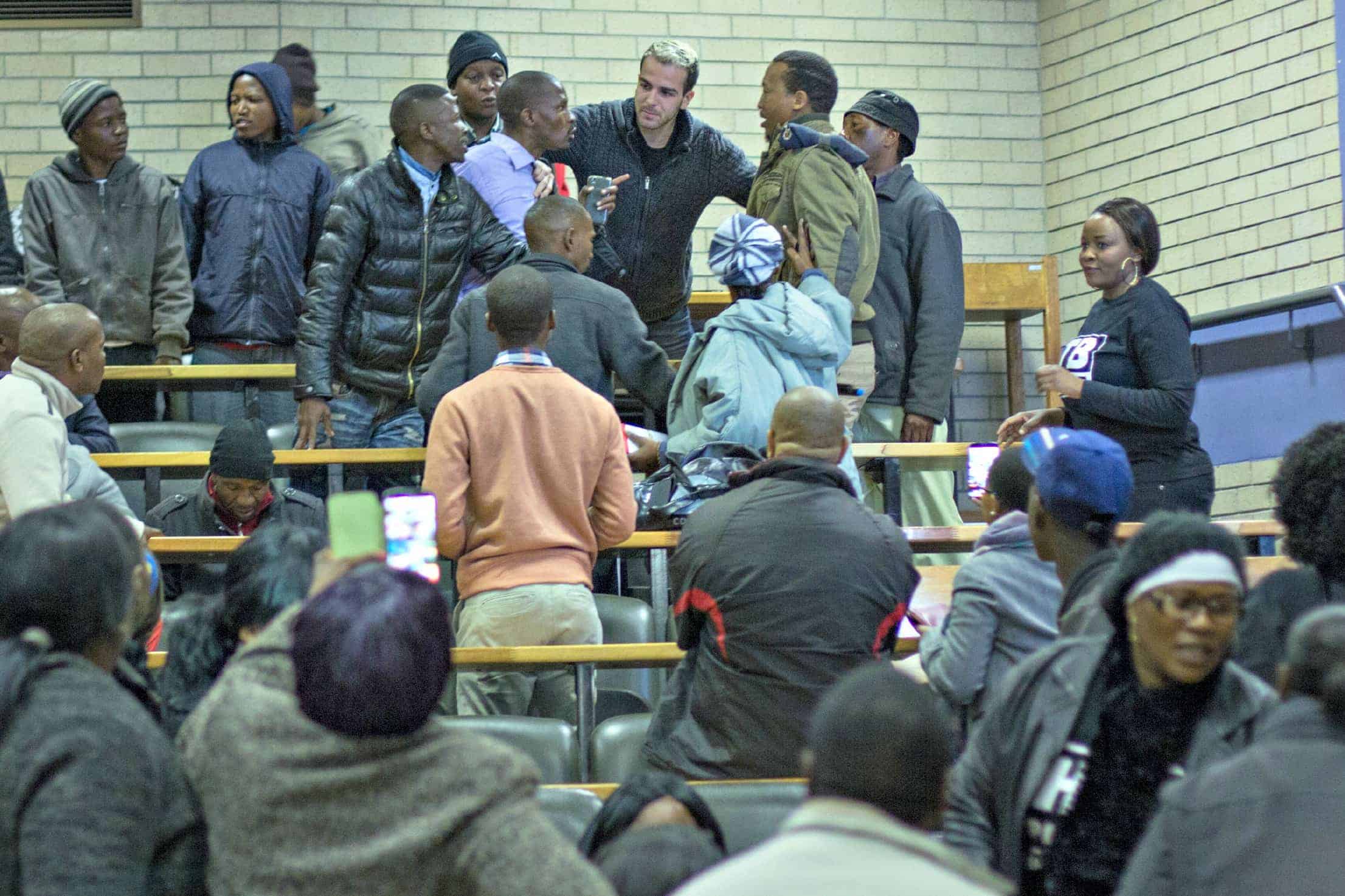 Security guards escorted several audience members out of a civil society-organised commission into the Free State health system as fears mounted that tensions in the room could lead to violence.

The men were led out of a University of the Free State auditorium packed with about 200 people yesterday after objecting to “People’s Commission,” arguing that organising AIDS lobby group the Treatment Action Campaign (TAC) “was not the public protector.”

Among the 200 people present were many who testified to to poor health service services and ongoing medicine stock outs.

The trio is expected to release its own report without TAC following the two-day gathering. 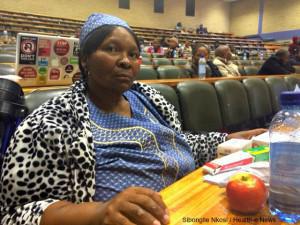 Despite nurses’ warnings that her daughter would likely die at home, Anna Motaung said she was too afraid to leave her child in a Free State hospital. Her daughter later died

Anna Motaung from Harrismith, Free State told the commission how she struggled to find her dying daughter amid the province’s allegedly broken referral system.

Motaung’s daughter had been transferred from her local clinic to the Elizabeth Ross Hospital where her mother consented for her to undergo a blood transfusion.

That was the last Motaung knew of her daughter for the next several days as she struggled to find her daughter. She alleges that neither clinic nor hospital staff could tell her where her daughter had been transferred.

“No one at both the clinic, nor the hospital would give me details of her illness or what was wrong with her,” Motaung told Health-e News.

A patient who had shared a ward with Motaung’s daughter eventually told Motaung where her daughter had been transferred to.

Motaung says she discovered her daughter unable to speak but with her mouth filled with pills. Despite nurses’ warnings that her daughter would likely die at home, Motaung said she was too afraid to leave her child in hospital.

“It was better for her to die at home then at the hospital as no one was taking care of her,” Motaung explained.

Meanwhile patients complained of ongoing shortages of medicines including insulin, and treatment for epilepsy and high blood pressure.[quote float= right]I cannot walk anymore and, with the no access to crutches, it means I am stuck at home”

Yvonne Richa said she spends more than R500 of her disability grant to purchase diabetes and high blood pressure medication as well as bandages for an untreated abscess she has had for more than a decade. She claims that Thebe District Hospital staff recently told her to purchase her own crutches.

“I cannot walk anymore, and with the no access to crutches, it means I am stuck at home,” Richa told Health-e News.

Free State Department of Health Spokesperson Tebogo Oepeng has echoed others in the province and alleged that the TAC continues to have “an agenda” in the Free State.

“We are certain to say that the TAC has an agenda,” he said. “The first project, and that was to remove the current MEC, has failed and now this is the second round.”

“There have been incidents left and right and personally we don’t really know what the MEC, and that is MEC Benny Malakoane, does to them.”

The TAC has led a campaign calling for Malakoane’s dismissal citing his mismanagement of health services since late 2014.

Oepeng added that medicine shortages were a national problem.

“This issue of a shortage of medicines – it’s a national problem,” said Oepeng citing similar statements made by provincial health departments before Parliament as well as remarks by Minister of Health Dr Aaron Motsoaledi at he recent SA AIDS Conference. “They are an issue of manufacturing.”

International media has reported stock outs of certain vaccines as well as epileptic medication in countries like Ireland, Canada and Zimbabwe. However, the latest civil society stock out report found that 80 percent of the shortages it unearthed were caused by poor management. – Health-e News.

An edited version of this story was first published on IOL.co.za