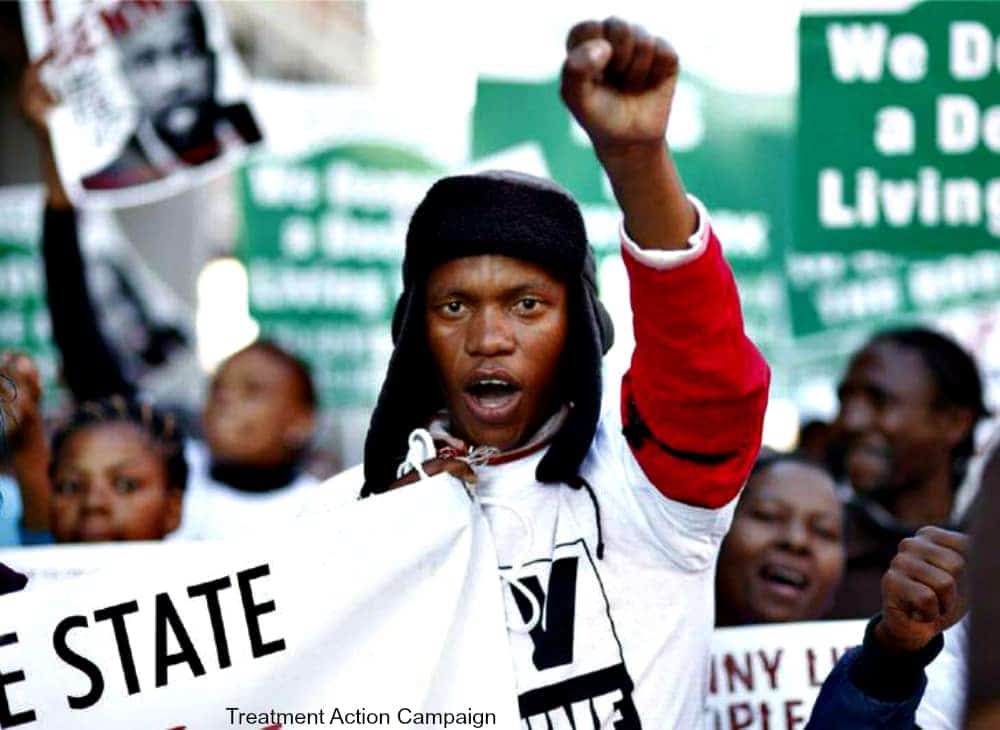 One resident claimed that an ambulance she called recently never came. Instead, residents had to plead for a local police car to transport the patient

In June, the Free State’s Bloemfontein medicine depot had run out more than 200 essential drugs and supplies including HIV testing kits, at least six different antiretrovirals, as well as most medication and supplies to help control hypertension and diabetes, according to a joint statement released by public interest group Section27 and AIDS lobby the Treatment Action Campaign (TAC).

The TAC alleges that problems have plagued the province’s health system for years. In July, complaints about poor service delivery and the sudden dismissal of community health workers led to protests outside the Free State Department of Health. About 130 TAC activists and community health workers were arrested and charged with attending an a prohibited gathering.

As of early Monday afternoon, no verdict had yet been announced in the case.

OurHealth’s Lungile Thamela asked Free State residents in Mangaung to share their stories of the health system. This is what they said:

Nosizwe Ngungumane said she supports the TAC after she recently paid R200 for what she thought were free services to help her control her high blood pressure.

“I am not satisfied with our public health system … I’m not happy with our MEC for Health,” she says. “Even if we have serious issues with the health system, he is not there for us.“

Patients report being turned away, left stranded by ambulances[quote float=”right”]”I want the government of African National Congress to know that we have voted for it as it has set us free from oppression, but not to see what is happening now in our government”

Nozililo Smith is a fellow patient at the Freedom Square Clinic and says health workers discriminate against people living with HIV. She also claims that ambulance services in the area are dangerously poor.

“Last month, we called an ambulance to take someone that was very sick (to hospital),” said Smith, who added that when the ambulance never came that they were forced to beg local police to use their car.

Yvonne Xelis says the clinic also gave her 35-year-old niece the wrong medication. The error was only picked up at the local hospital to which they were referred.

Tankie Motsekwa alleges the clinic sent her 3-year-old daughter away after they diagnosed her with flu. After borrowing R100 to take the child to the chemist and later to the Pelonomi Hospital, Motsekwa’s daughter was diagnosed with pneumonia and put on oxygen, she alleges.

Joseph Lefa Qwema from nearby Peter Swart is also living with HIV and says he has queued from 7am until 4pm at his local Gabriel Dichabe Clinic only to be turned away without his antiretroviral medication refill.

One resident went so far as to claim health services were better under apartheid.

Johanna Meketsi takes care of her 20-year-old disabled son and says she is so disillusioned with health in the province, she does not see much point in complaining anymore.

“It is pointless to talk since no one will help from our Health Department in the Free State,” she tells OurHealth. “Our government officials are behaving like uneducated people (who) don’t care about people’s lives.”

“(Our health system) was better during the apartheid time,” she add. “I want the government of African National Congress to know that we have voted for it as it has set us free from oppression, but not to see what is happening now in our government.”