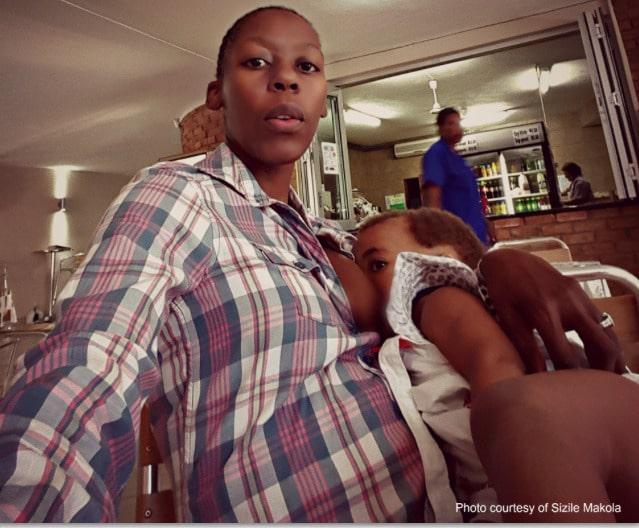 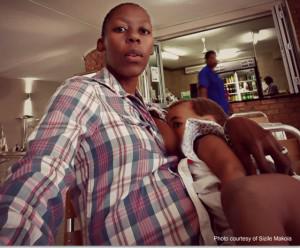 On a recent visit to my daughter’s paediatrician, a Medicross Rustenburg to staff member asked me not to breastfeed my daughter outside the doctor’s room. I was instructed to do so at the nurses’ station behind a curtain after a patient lodged a complaint.

After my consultation with the doctor, I raised the matter – and the manner in which the staff dealt with me – with her.

The doctor’s response was even more shocking.

She told me that, as a mom and doctor, she supports breastfeeding, but that I must understand that Medicross caters for all cultures.

She continued to say there are some cultures that consider being naked the norm, but that in Western culture it’s not acceptable so I had to breastfeed behind a curtain to avoid offending others.

I asked her if, by saying that, she was not promoting one culture over the other? Her response was that they accommodate breastfeeding moms by creating privacy for them.

My conversation led to the doctor to tell me that my thinking was very progressive”. I left asking myself why Netcare, an organisation purportedly devoted to quality care, would not support public breastfeeding too.

Caught sight of a nipple? Then you’ve been staring too long

[quote float= right]”A breast is a breast… frankly, if you have the off chance of catching view of a nipple, you’ve simply been staring a tad too long”

South Africa moved to adopt exclusive breastfeeding as a national policy in 2011 when Minister of Health Dr Aaron Motsoaledi a declaration in support of breastfeeding.

Since then, we have been inundated with posters in medical centres urging mothers to breastfeed, yet when it is done publicly then that is an issue?

I believe that as moms, we have different comfort levels when it comes to breastfeeding. Some will want to do so in a private, others prefer to cover up while others, – like myself – don’t have a problem with breastfeeding publicly.

Daily, the media exposes us to everything from women in underwear to semi-naked bodies in revealing dresses. Did you see what Jennifer Lopez and Beyoncé wore to the 2015 Met Gala?

Whether layered in sequence or attached to a baby, a breast is a breast. And frankly, if you have the off chance of catching view of a nipple, you’ve simply been staring a tad too long.

Anne Reneau of parenting website for “imperfect parents” Scary Mommy, suggests that we should start calling breastfeeding, baby feeding because that’s what it is: You’re feeding a and a breast.

Some people have come up with the argument that if baby feeding should be shrugged off as natural, so should defecating and having sex in public. For crying out loud, these cannot be compared to baby feeding.

To those who are bothered by baby feeding moms, then feel free not look or better still, go to the nurses station and sit behind the curtain until my baby’s done.

Sizile Makola is a baby feeding mother who launched the social media campaign #BreastfeedAnywhereAnytime encouraging mothers to tweet photos of themselves breastfeeding with the hash tag. You can follow her on @sizilemakola. Netcare spokesperson Marietjie Shelly did not respond to requests for comment