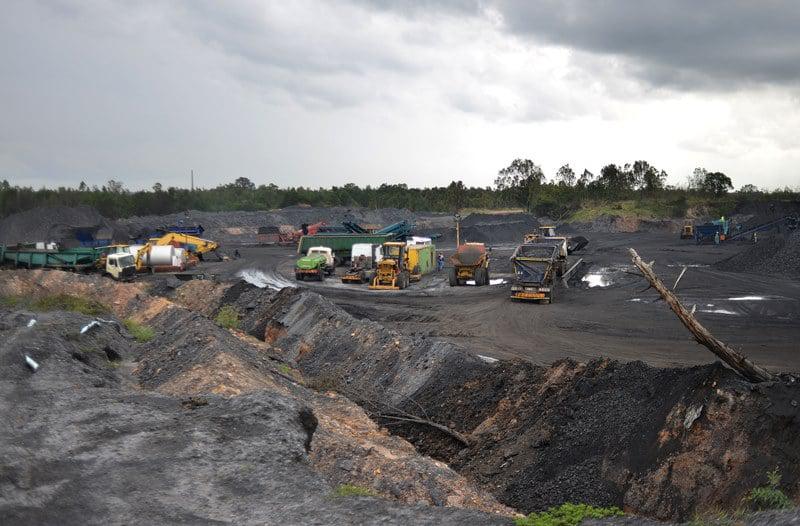 Over a million Gauteng residents are exposed daily to high levels of uranium with some areas in the West Rand exceeding that of disaster zones from Chernobyl, site of the 1986 Ukrainian nuclear disaster.

The 400km2 of bright yellow mine dumps scattered around the province are laden with 600,000 tons of the radioactive heavy metal uranium, inadvertently excavated through gold mining processes over the last century.

“Gold and uranium occur in the same geological environment and with gold mining, uranium is often also brought to the surface,” explains Professor Frank Winde, a North-West University geographer. “Uranium is more common than gold and for every 10g of gold excavated, 100g of uranium was also brought to the surface. Mine tailings in the Witwatersrand are estimated to contain around 600,000 tons of uranium.”

Uranium is passed on to humans either through the inhalation of fine dust particles from these tailings and can be blown as far as 20km on a windy day, or when mine water seepage enters rivers.

Uranium occurs naturally in the environment and low levels of exposure can be tolerated by humans, but there are well-documented health risks associated with higher levels. These including kidney damage and disease, neurological problems and cancer. It is also an endocrine disrupter that mimics the hormone, oestrogen, which is particularly harmful to pregnant women as it can cause birth defects and developmental delays in their babies. 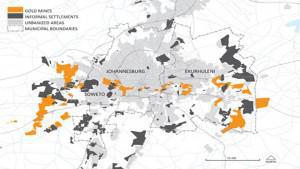 In order to limit the risk of direct exposure to radioactive material, the South African Chamber of Mines has set the guideline that each tailing dump should have a 500m buffer zone surrounding it where no human settlement is allowed.

But an estimated 1.6 million people live in informal and formal settlements on, or directly next to, tailings. In addition to accidental ingestion through the water or air, some of these communities are also directly exposed to radiation from the high levels of uranium and its byproducts (called daughter products) in the tailings.

“These communities are particularly vulnerable because of chronic malnutrition, a high prevalence of HIV/AIDS and substance abuse,” says Mariette Liefferink of the Federation for a Sustainable Environment, who has advocated for the rehabilitation of mine tailings for many years.

Tudor Shaft is a typical example. The 1,800 of residents of this informal settlement directly next to mine tailings in Mogale City in Johannesburg’s West Rand are exposed daily to levels of radiation similar to communities affected by the Chernobyl disaster.

Milli Sievert per annum (mSv/a) measures the dose of radiation on the human body. Safe ranges are below 1mSv/a, but levels between eight and 15mSv/a have been measured at Tudor Shaft. The total direct exposure arising from the Chernobyl disaster for those living in the contaminated areas was 9mSv.

“These communities largely consist of children that play and live on the contaminated soil. Communities also grow their own crops such as mealies and pumpkins in areas that are impacted by mining waste, and marijuana is also grown in these areas,” says Liefferink.

However, a few weeks back, Mogale City mayor Koketso Seerane announced at a public meeting that government has set aside R32 million to relocate the people living at Tudor Shaft to the Leratong Nodal Development, Kagiso Extension 13, Chief Mogale Phase 2 and other developments around the city.

But due to the small size of dust particles from the mine tailings, particle matter can also be transported over relatively long distances to agricultural land in surrounding areas.

“The deposition of radioactively contaminated dust on leaves of vegetable and forage plants can cause radiation exposures exceeding those from the inhalation of contaminated dust,” reads a 2007 report by the National Nuclear Regulator (NNR) on the Wonderfonteinspruit Catchment Area (WCA) that includes the town of Randfontein to the west of Johannesburg.

High levels of radioactivity are also found in water sources near some mine tailings. Levels of up to 100mSv/a have been recorded in the WCA.

“The radioactive contamination of surface water bodies in the Wonderonteinspruit catchment area caused by mine water discharge and diffuse emission of seepage and runoff from slime dams poses radiological risks to the public,” reads the NNR report.

Although people do not drink the contaminated water, they consume animal products such as milk and meat from livestock drinking the water or foraging on plants grown in contaminated soil.

Some traditional and religious practices also lead to direct exposure. Religious groups have been known to baptize devotees in the seepage from mine dams, while “mud cakes” made from tailings are sold by traditional healers, says Liefferink.

Uranium can harm humans in three ways: through its chemical toxicity, radiation and other uranium by-products.

Uranium’s chemical toxicity is thought to pose a bigger threat to human health than its radioactivity and has a well-established link to kidney disease. High intake can lead to acute kidney inflammation failure, as well as respiratory and neurological problems.

Radiation can cause structural damage to DNA tissue, giving way to cancer. Although external radiation from uranium is not considered dangerous, uranium can cause considerable damage when ingested or inhaled.

“When uranium is ingested and deposited in organs such as kidneys, lungs, brains and bone marrow, energy-rich alpha particles can directly affect surrounding tissue,” explains Winde. 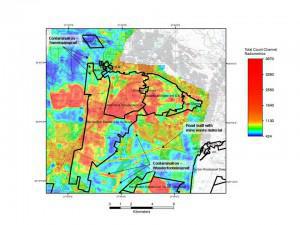 An airborne radiometric survey of the West Rand and Far West Rand was done for the Department of Water and Forestry by the Council of Geoscience. Interpretation of the data show many of the residential areas fall within areas of high risk of radioactivity contamination. Ref. Department of Minerals and Energy. Regional Mine Closure Strategy for the West Rand goldfield. 2008

Uranium poses another danger from the emission of radon (an odourless,  colourless radioactive gas produced by decaying uranium), which is also known to cause cancer.

“Radon is a devil,” says Dr Carl Albrecht, CANSA’s former head of research. “It is volatile and can be breathed in where it can greatly facilitate lung cancer.”

“Cancers of all kinds can result from internal radiation exposure [from uranium ingestion],” Prof Serine Shawky wrote in a 2002 article published in the Eastern Mediterranean Health Journal. “The bone is one of the main places where depleted uranium is stored, leading to uncontrolled production of white blood cells to the detriment of other cells, ultimately leading to leukemia.”

Exposure to radiation can also affect the reproductive system, causing infertility or damage to the father’s sperm or the mother’s egg.

“It takes many years for a cancer caused by contaminated air, food or water to grow, so the effect is not apparent immediately,” said Shaw.

Most of the dumps leaking uranium have been abandoned and the “owners” are either unknown, or unable to rehabilitate areas. Tailings, particularly those close to communities, cannot simply be removed or re-mined as unearthing the soil would release dust laden with uranium and other poisonous chemicals.

Short-term solutions include rehabilitating mine dumps with vegetation in order to prevent loose soil from being blown or washed off by wind or water, and relocating communities living in affected areas.  Despite numerous attempts, the Department of Mineral Resources did not respond to requests for comment. – Health-e News.

An edited version of this story was used in The Star