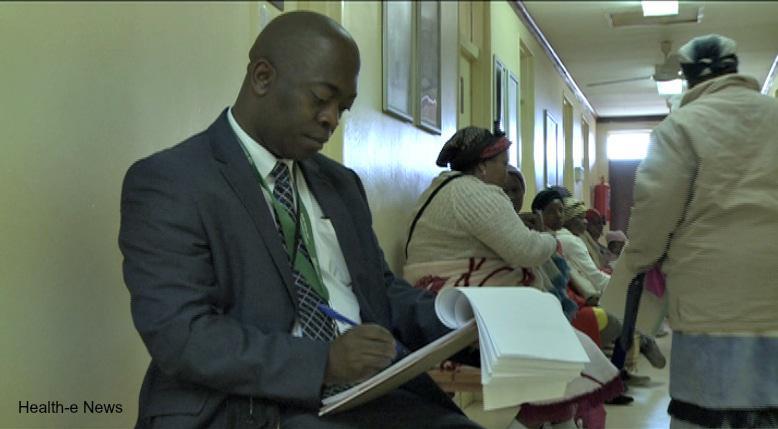 The public has until 31 May* to comment on the NHI White Paper, but the response has been muted. Yet the NHI provides an opportunity to improve quality and address the lack of health workers, writes Section27’s Sasha Stevenson. 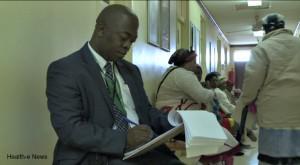 An inspector from the Office of the Health Standards Compliance inspecting a hospital.

Since the launch of the NHI White Paper in December 2015, there has been little mention of its content, apart from criticism about how it will be funded. This is partly because few people have read it and partly because the White Paper does not offer much that is new since the Green Paper was released in August 2011.

The White Paper starts by outlining the problems in the health system that indicate the need for change. Unfortunately, after this diagnosis, there is little detail of a cure. A lot more work is required to develop a comprehensive picture of how the health system will look under NHI.

We need to know much more about how the NHI Fund will be governed and accountability assured. How will we ensure access to services in areas where public services are poor and private services are non-existent; how will national, provincial and district level officials relate to each other and how funds will flow between them? How it will be worth the while of private providers to buy into the system without bankrupting the NHI Fund? How will fraud and corruption be detected, halted and punished? What role will medical schemes play. This is not to mention how services will be costed and priced and how the system will be funded.

[quote float = right]More useful, however, would be to consider the opportunities provided by renewed focus on the health system to make it better now, while we wait for a fully implemented NHI that may never come.

In the light of so much uncertainty, we have a few options. We can throw up our hands and call the task impossible. This is the approach adopted by the majority of commentators thus far (admittedly because it has mostly been those with an interest in the private health sector remaining as it is and relying on self-regulation by the market who have commented).

More useful, however, would be to consider the opportunities provided by renewed focus on the health system to make it better now, while we wait for a fully implemented NHI that may never come.

There are some interventions that, if made now, could have significant and positive impacts on the health system. Two health systems improvement interventions should be among the focus areas of the National Department of Health’s NHI programme in the next few years.

The first concerns the people that make the health system function: healthcare workers. Human resources is much discussed but has historically enjoyed insufficiently coordinated planning. The “Human Resources for Health Strategy” was developed in 2008 and is a wealth of valuable information and analysis but there has never been a human resources plan that has been costed and funded at a national level and the Minister has never passed regulations on human resources for health as he is empowered to do in the National Health Act.

There is an annual moratorium (formal or informal) on the hiring of staff as provincial departments of health run out of funds towards the end of the year; and ongoing reports of new graduates not being placed in community service or first year registrar posts because the posts have been cut due to budget shortages. The conditions in many health facilities lead to high staff turnover.

The NHI White Paper provides for more health care workers to be trained, the Human Resources for Health Strategy to be implemented and multi-sectoral action to improve retention. But what is required, to get the right health care workers into the right posts and to encourage them to stay there, is not vague statements about the implementation of strategies and reliance on “multi-sectoral action”, which we know to be near impossible in such a siloed state.

What is required is concerted human resource planning at national level, the development of implementable norms and decision-making guidelines for identifying and filling critical posts. The conditions at health facilities, where doctors have to work without vital equipment or medicine, is a retention risk that needs to be addressed.

The Health Professions Council of South Africa must be urgently reformed into an institution that can regulate health professions to promote the health of the population, rather than continue as an ineffectual bureaucracy.

The policy on community healthcare workers (CHW), which has been pending for years, needs to be finalised and funded. These are all interventions within the scope of power of the National Department of Health and would be fundamental in developing a stronger base on which to establish NHI.

The second thing that needs to be addressed is the quality of healthcare. The Office of Health Standards Compliance (OHSC) was launched in 2013 to assess health facilities against national standards for quality. It is an independent public entity with the power to inspect health facilities, either periodically or in response to a complaint, to issue reports scoring the health facility against the standards that should be met, and to enforce its recommendations.

The OHSC is already functional and has been playing a vital role in improving the quality of health care services received at public health facilities. When a complaint was made to the OHSC about Holy Cross Hospital in the Eastern Cape, the Office investigated, issued a report, urged compliance, re-investigated months later, issued another report showing some improvements and is demanding engagement with the Eastern Cape Department of Health to ensure that it fully implements its recommendations and improves significantly what has for some time been a dismal facility.

The NHI White Paper envisages a central role for the OHSC. It needs to inspect and accredit each facility that will be contracted by the NHI Fund. These inspections require visits to the facility, the assessment of paperwork provided by the facility, interviews with management, staff and patients, the drafting of reports, and possible follow ups to ensure compliance with recommendations, before accreditation can take place. Health facilities have to be accredited annually and inspected at least every four years.

This is a mammoth task yet the OHSC only received R120 million in 2015. This is only a small fraction of what is required fully to fulfil its function. If the health system is to win the trust of patients, it is vital that the OHSC is given a budget that allows it to do what we expect.

We have a long way to go to establish an equitable healthcare system and a trusted provider of quality health care services. The move to NHI is an opportunity to get the basics right, and to do so urgently, while we hammer out the details in an engagement process that may take us years yet.

Sasha Stevenson is an attorney with public interest law organisation Section27. An edited version of this story appeared in the Daily Maverick.

Sasha Stevenson is an attorney with Section27