Desmond Tutu HIV Centre is currently testing antiretrovirals to a group of adolescents in a bid to keep them HIV free.

South Africa has committed itself to reaching the world’s latest batch of ambitious targets, but it will not meet them without sex workers, writes Ntokozo Yingwana. 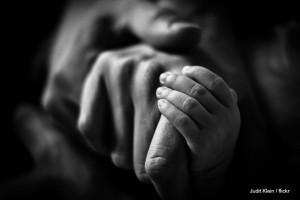 As many as 20 percent of new HIV infections in South Africa may be linked to sex work, according to Deputy Health Minister Joe Phaahla.

In the chapter, authors argue that despite significant recent progress in expanding health services to sex workers – including the new plan to address HIV among sex workers – stigmatisation, discrimination and violence meted out against sex workers undermine these efforts. They add that current legal frameworks criminalising sex work and restricting immigration not only have negative health and economic consequences for sex workers, but for South Africa as a whole.

According to the review’s Managing Editor Ashnie Padarath, the publication’s focus on sex work – like the publication itself – mirrors larger trends afoot in the world, including the Sustainable Development Goals’ (SDGs) calls to leave no one behind.

“This is an attempt to bring the most-at-risk and vulnerable populations’ health issues into the mainstream,” Padarath said. “We are encouraged that sex workers’ health is now being taken seriously”.

Replacing the Millennium Development Goals in 2015, SDGs commit the world to meeting 17 goals related to areas like health, gender equality and decent work.

Also adopted in 2015 were UNAIDS’ 90-90-90 targets that strive to ensure that by 2020, 90 percent of HIV-positive people will know their HIV status and 90 percent of those diagnosed HIV-positive will receive antiretroviral (ARV). Finally, new UNAIDS targets strive that 90 percent of all people receiving ARVs will be virally suppressed, or have very low levels of HIV in their blood, by 2020 thanks to treatment.

South Africa has adopted the new UNAIDS targets but will not reach these targets without sex workers and, in particular, the political will to invest in sensitive, appropriate and evidence-based responses to sex worker health.

The Sexual Offences Act of 1957 is a remnant of the apartheid regime’s Immorality Act. In 2007, the act was amended to include sex workers’ clients, criminalising all aspects of sex work in South Africa from sex workers and their clients to anyone who lives off the earnings of a sex worker.

In 2000, the South African Law Reform Commission was mandated to provide evidence-based recommendations on legal reform options for governing sex work. The commission only released its research report to the Department of Justice and Constitutional Development for deliberation in 2013.

The commission’s report has still not been made public.

Meanwhile, international research from United Nations organsations like the World Health Organisation and UNAIDS is clear: The criminalisation of sex work not only increases workers’ vulnerability to human rights violations but also leaves them at higher risk of HIV.

There is a strong association between sex work and migration, usually linked to people’s search for improved livelihood options. A study conducted in Johannesburg, Cape Town and Rustenburg found that about 85 percent of female sex workers surveyed were either cross-border or internal migrants.

“What happens when sex workers are arrested on Fridays or over weekends is that police deny us access to our ARV therapy and PrEP treatments,” she says. “The implementers of PrEp need to look at the criminalisation of sex work first.”

“Because sex work is criminalised in this county, will sex workers not indirectly be admitting that they are practicing sex work by asking police for access to their PrEP when detained?”, Buthelezi asks.

Lack of adherence to HIV treatment can fuel the spread of HIV while missed PrEP doses drastically reduce the protection the treatment offers from HIV infection. Instances in which police confiscate condoms as alleged evidence of sex work are common.

Meanwhile, for cisgender and transgender women and men often already looking for a better life, convictions arising from sex work that may prevent further formal employment and increasingly strict immigration regulations that make regularising stays difficult lay the groundwork for continued economic marginalisation. Current legislation also jeapordises treatment adherence amongst migrant and mobile sex workers at a time when global commitments have been made to improve public health responses to migrant and mobile populations.

South Africa must respond to the needs of sex workers and this response must engage with migration issues and strive to harmonise such responses regionally.

We have waited for more than a decade for propositions regarding the decriminalisation of sex work to be put before the Department of Justice and Constitutional Development. The department must now move swiftly to reform the law and decriminalise the profession. South African police and health workers must be trained to provide sensitive and competent services for all marginalised groups, including sex workers as the government continues to move towards universal health care. Finally, we must challenge unconstitutional donor restrictions that prevent organisations from providing services to sex workers or advocating for legal reform. – Health-e News.

Ntokozo Yingwana is a researcher and PhD candidate at the African Centre for Migration and Society at the University of the Witwatersrand, working on the Migration and Health Project Southern Africa.

An edited version of this opinion piece was also published on Health24.com