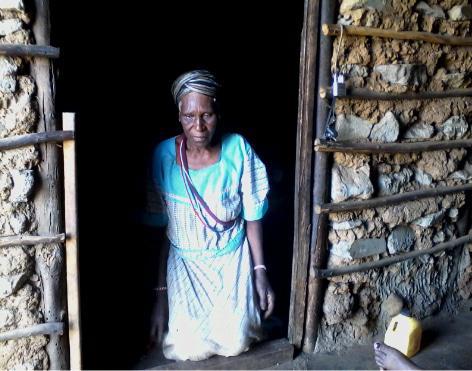 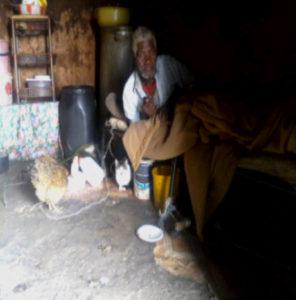 The high HIV/AIDS death rate before ARVs were rolled out meant parents buried their adult children, leaving frail elderly to fend for themselves.

The Human Science Research Council conducted a survey on the health status of older persons in all communities in South Africa in 2011 and the findings gave a vivid picture of the realities facing older persons: less than 50% of elderly black people receive good medical care versus 99% of whites, and less than 30% in rural communities.

Children used to look after their parents but the high HIV/Aids death prevalence before ARVs were rolled out meant parents buried their adult children, leaving frail grandparents forced to fend for themselves.

Research conducted by Alessia Frisoli in a 2016 report titled “The South African Elderly: Neglect, Social contribution and the HIV/Aids Epidemic” shows that community health workers going from home to home in poorer communities to help elderly residents can have a significant impact on the quality of their lives.

Nomsa Mbhele  (41), a community health worker at Charles Johnson Memorial Hospital in Nquthu, KwaZulu Natal, visits Ntongolozi Qwabe (80), who struggles with mobility and looks after her son who is mentally challenged.

“It’s very hard working with elderly people living by themselves because you end up doing house chores (washing, cooking, doing dishes and cleaning the house). I do all this for Gogo Qwabe. I have been trying to get her a wheelchair for some time,” said Mbhele.

It’s very hard working with elderly people living by themselves because you end up doing house chores.

Qwabe is grateful for Mbhele’s visits. “Nomsa looks after me. Life is not easy when you can’t walk, there are days I wish I could just go to the clinic bit I need help to go around,” she told OurHealth.

KwaZulu-Natal pensioners 78-year-old Manoshe  Mazibuko and his 89-year-old wife Nomthandazo Mazibuko lost three children to HIV/Aids and live with their two mentally disabled sons.  Nomthandazo is blind and Manoshe does the house chores and helps her wash herself and go to the toilet.

Manoshe said he and Nomthandazo were not fortunate enough to have a community health worker visiting them.  “I hear people say there are community health workers but I have not seen one. It’s very hard to look after my wife I get tired easily now. It’s always a nightmare when I have to go to the clinic to collect our medication.”