The easy availability of alcohol relates directly to sexual behaviour. 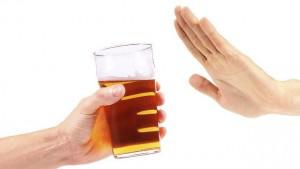 Young people who are exposed to alcohol marketing are more likely to begin drinking at an earlier age. Credit: File Photo

This link between drinking and promiscuity was made by researchers at a media briefing hosted by the Soul City Institute for Social Justice in Johannesburg.

The Soul City Institute, under the auspice of the STRIVE research consortium, conducted a community-based study – conducted in Gauteng and Mpumalanga – to examine the density of alcohol outlets in urban rural communities, to explore young people’s perspectives on alcohol advertising, marketing and the availability of alcohol and how this impacted in their drinking patterns and sexual health and safety.

CEO of Soul City Institute Lebo Ramafoko said that in any township in South Africa, alcohol outlets could be found less than a kilometre away from schools.

In any township in South Africa, alcohol outlets could be found less than a kilometre away from schools.

“What advertising has done is normalise the drinking of alcohol. In fact, it is such a norm that there is no function without alcohol,” she said.

Ramafoko said alcohol advertising and marketing should strictly be regulated, and that alcohol accessibility and affordability must be controlled. This was because drinking led young people to engage in risky sexual behaviour and other forms of interpersonal violence.

Researchers highlighted evidence from 12 other studies that confirmed that young people who are exposed to alcohol marketing are more likely to begin drinking at an earlier age.

Lebohang Letsela of the Soul City Institute said young people would frequent bars and taverns even when they had no money. This meant they were reliant on others to buy drinks for them which then placed them at risk of unplanned and unprotected sex when they were expected to reciprocate.

Promotional activities such as celebrity events, competitions and discounts like “happy hour”, “ladies’ night” and “buy one get one free” specials also increased the likelihood of young people being attracted to drinking outlets.

One of the youth groups interviewed by Soul City Institute said “When they advertise alcohol it seems like a nice thing, so you want to go for it and taste. But once you get drunk, you want to do it forever.”

Even though it has been claimed that regulating alcohol could lead to industry job losses and a drop in the sponsoring of South African grassroots soccer tournaments and events, Letsela said: “We know that the alcohol industry promote their products in our townships through funding soccer tournaments as a way to increase alcohol consumption.”

“But there are other industries that can sponsor our communities such as banks and insurance companies,” she said.

The International Alcohol Control study done in South Africa by the South African Medical Research Council found that people in general were exposed to extremely high levels of alcohol advertising in all formats.