FREE STATE – Lerato Mofokeng, a 36-year-old mother of a four year old, was surprised when she and her child were diagnosed with HIV – yet her boyfriend of seven years tested negative for the virus. 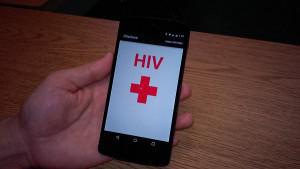 The HIV test results came as such as shock that her boyfriend even demanded that paternity tests be done to ensure that he is the child’s biological father, as he too could not believe the diagnosis.

Mofokeng, who lives in Qwaqwa in the Free State, said she could not understand how it was possible that she and the child were infected while her partner remained uninfected – despite them having had unprotected sex for several years.

“I found out about my status when I was pregnant 4 years ago. I couldn’t believe it. I was so angry and ashamed at myself. I did not know how I was going to face my boyfriend with such news,” Mofokeng said.

“I got home feeling so angry and brave at the same time. I asked my boyfriend if he had ever been unfaithful to me as I could not understand how I could have been infected. I asked him to go and get himself tested, and so he did. Then when the results came back negative I was shocked and asked myself how it could have happened and where I could possibly have contracted the virus,” she said.

Her boyfriend Moshe Mosikili was equally confused and did not understand how it was possible for him to test negative in a relationship where both his partner and daughter were HIV positive.

Her boyfriend Moshe Mosikili was equally confused and did not understand how it was possible for him to test negative in a relationship where both his partner and daughter were HIV positive.

“My girlfriend and I have never used condoms since we started dating. We had a daughter together – yet now I am surprised to discover that I am negative but both of them are HIV positive,” he said.

He asked for DNA testing to be done, and when the results came back showing that the child was his, he remained supportive. But he had questions about how it was that Mofokeng had contracted the virus, and her family questioned her too.

“They said that I am a loose woman and I was cheating on my boyfriend,” Mofokeng said.

“Now we are taking things one day at a time and we are supporting each other. We have started using condoms so that I don’t pass the virus to my boyfriend, and what makes this easier is that my boyfriend is there for us. He also comes with us to the clinic and we attend support groups together,” she said.

“I will advise people to take their treatment immediately they find out that they have the virus.”

Mofokeng said her family had rejected her completely after her diagnosis. But with the help of her partner she was managing to follow a healthy diet and get regular exercise in an effort to remain as healthy as possible.

A nursing sister, who asked not to be identified by name, said it regularly happened that couples involved in an exclusive relationship would discover that one partner was HIV-positive and the other negative – even though they had not been using protection. This, she said, happened because HIV is very difficult to catch if the infected partner had an undetectable viral load, and stayed on their anti-retroviral medication.