Living with lymphedema after surviving cancer

While Mokgadi Magdeline Morekhure of Alexandra managed to survive breast cancer, she has been left battling with a heavy swollen arm as a result of the lymphedema she contracted because of the illness.

Lymphedema is the swelling in a limb caused by a blockage of the lymph glands that are left unable to drain lymph fluid from the arm or leg concerned. It can be painful or uncomfortable and is generally caused by lymph node removal or damage during cancer treatment.

Morekhure’s story goes back to 1980 when she discovered a lump in her breast while pregnant with her fourth child. She was advised to consult doctors who conducted various tests and diagnosed her with breast cancer. She had surgery to remove her breast and to stop the cancer spreading.

However, the removal of some of the nearby lymph glands left her with a heavy, swollen arm.

“At first it was difficult to admit but I’ve since accepted it. Occasionally I get stares from people who seem not to understand, otherwise I’m fine,” said the 66-year-old mother of four.

According to a local clinician, Dr Violet Setati, the removal of a breast goes together with removing the lymph nodes.

“These carry cancerous cells, and in the case of Morekhure they have blocked the lymphatic system causing heaviness and swelling of her arm. This is not common for most survivors. It depends on an individual,” Setati explained.

“Removing a breast is a very serious operation. You can’t do it without tampering with the lymphatic system, although generally most patients don’t experience lymphedema. They come out fine,” she said, and adds that Morekhure would have lost her life had she not had the surgery.

“She has survived a life-threatening disease, and although she now has lymphedema, it is something she can cope with,” Setati said.

While the lymphedema is not painful and Morekhure is able to do normal duties, she has other challenges. As part of her routine physiotherapy, she has been told that she needs to wear a specialised double sleeve to help reduce the weight and flatten the limb.

“But my problem is that it is quite expensive. I cannot afford it,” Morekhure said.

An edited version of this story was also published by health24

“There’s no doubt that the tobacco industry is losing huge influence in richer countries, as fewer people use tobacco than ever before. The harsh reality, however, is that the industry is now getting away with aggressively exploiting less wealthy countries.” Olalekan Ayo-Yusuf, Harry Lando and Gan Quan discuss…

Patients are left stranded without medication as another drug shortage sweeps the country. 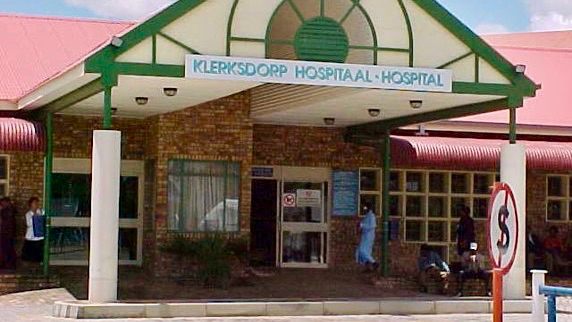