Home » Many miles for youth service 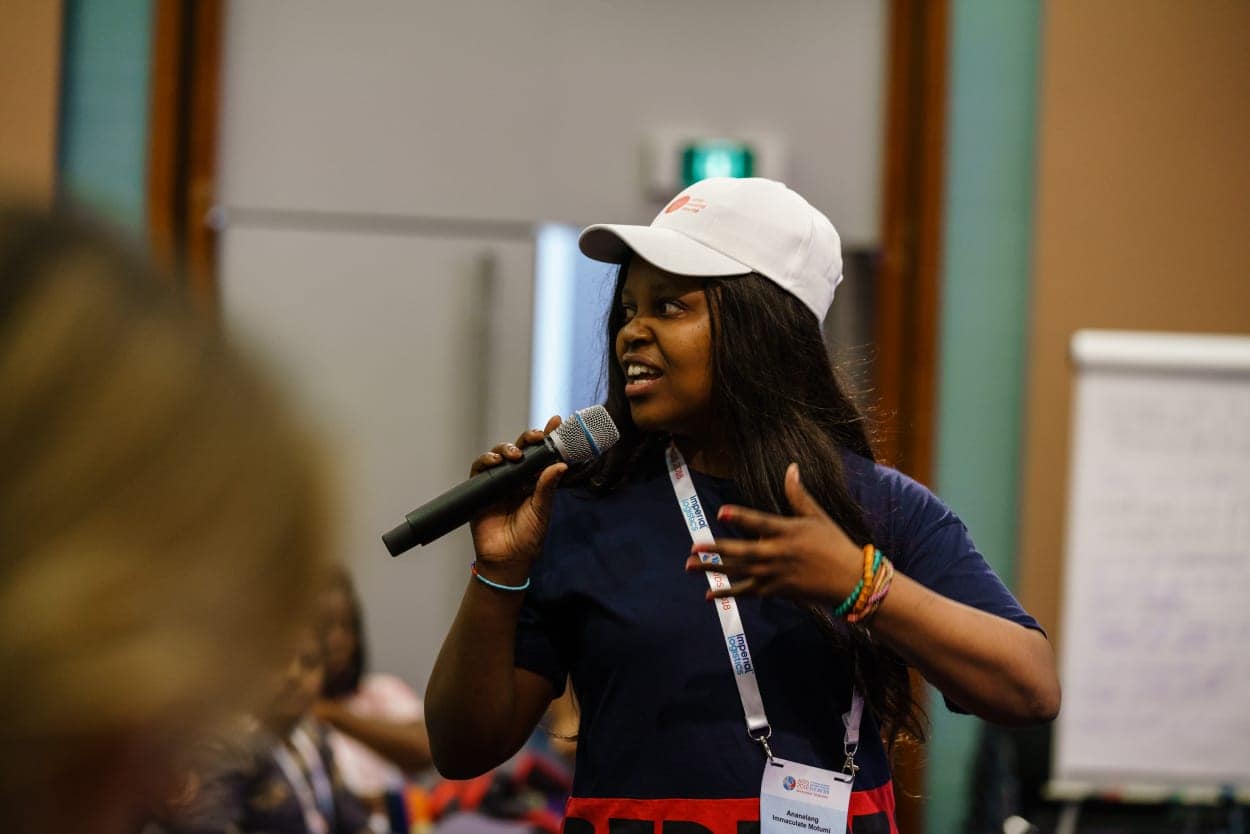 Ananelang Tumi Motumi (26), who has just returned from Amsterdam following a reward trip to the World AIDS Conference 2018, describes the experience as the best time of her life.

Motumi was sent on the trip after two years of hard work as an AIDS activist in Hillbrow, where she has succeeded in convincing many young people who have defaulted on their treatment to go back to taking their medication properly.

In Amsterdam Motumi met 30 other young people from 21 countries who are youth champions and ambassadors at the International Aids Society (IAS). The group spent a week sharing their experiences in working with young people and advised influential leaders in global health how to cater for the needs of young people at health care centres.

She is an inspiration to young people.

“It was a wonderful experience that I will never forget for the rest of my life,” Motumi gushed when she returned home this week.

She said she can’t wait to share what she experienced with her peers.

“The key message there about stigma – there is still a lot of stigma around HIV. That’s why a lot of young people are afraid to come out.”

Motumi is a health connector at the Wits Reproductive Health Institute (WRHI) – a leading African HIV and vaccine research centre based in Hillbrow in the Joburg inner city.

It was a wonderful experience that I will never forget for the rest of my life.

For the past two years, her work at the institute has been mainly to trace young people who have missed their appointments and defaulted on their HIV treatment. She managed to do this through dedicated Youth Friendly Services at the five clinics in the City of Johannesburg and has so far managed to trace over 200 young people.

She has linked each of them to a Youth Care Club at WRHI where they are encouraged to stay in the treatment.

“I tell them HIV is highly controlled and won’t kill you when you take your treatment consistently without fail,” she said, explaining that this non-judgemental approach, being sensitive to their feelings and not subjecting them to stigma has made it easy for them to open up to her.

The 26-year-old, who hails from Matatiele in Eastern Cape, says growing up in a single parent household is what has made her passionate about young people.

I tell them HIV is highly controlled and won’t kill you when you take your treatment consistently without fail.

“I’m the third born child and from grade 1, I was under the care of my elder brother as my mom was working in Johannesburg. And when my brother finished his matric and went to look for work, it became my turn to raise our younger siblings,” she said.

“After matric in 2011 I came to join my mom in Hillbrow. I became part of Love Life where I was a GroundBreaker, which is an initiative aimed at encouraging young people to lead a positive lifestyle. I was there until 2016 before I joined WRHI.”

She said although she doesn’t have direct personal experience with HIV, she has witnessed many people die in her community due to the virus and ‘it’s sad seeing young people falling prey too.’ She believes young people need positive role models.

She loves her job but sometimes finds it difficult, such as a recent experience when she encountered a 10-year-old girl who was diagnosed HIV positive – causing her to worry about what happened to the child at such a young age for her to contract the virus.

Motumi goes for debriefing, but often the images of what she sees still haunt her. However, her hard work was rewarded when she was selected by the WRHI as a youth ambassador and sent to the global conference in Amsterdam – her first trip overseas.

Her colleagues at WRHI were happy for her.

“She is an inspiration to young people,” said Rue Rushwaya, Acting Communications Project Manager at WRHI.

Motumi’s trip came at the time when the country is concern about HIV incidence rate among young people aged 15-to-24. This was revealed during the launch of the South African National HIV Prevalence, Incidence, Behaviour and Communication Survey of 2017.