Home » Work out at home for a healthier, fitter you 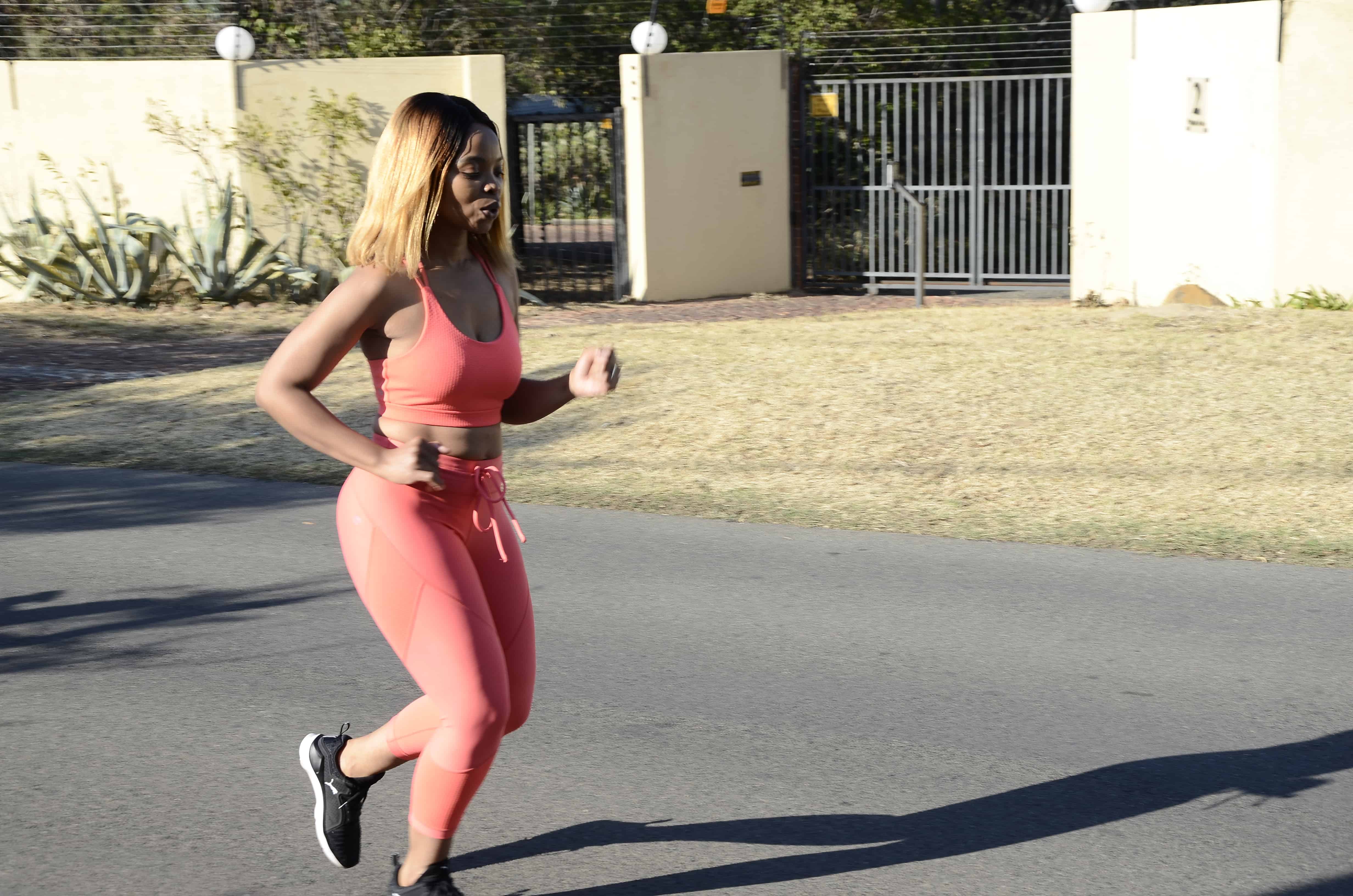 To her followers on social media, the 34-year-old is known as the healthy body pilot who teaches people how to live a healthy lifestyle. 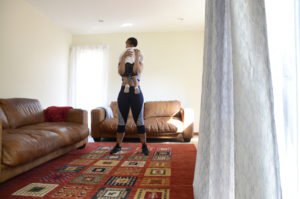 Growing up, Radebe was never interested in sports or fitness activities. “When it came to sports at school, I always did the minimum required, always on beginners level,” she says. “I remember I did beginners hockey, tennis and basketball. It was so funny, they started girls’ basketball in high school I joined and was picked to be in the A team. I don’t know how that happened.”

But on aspect of Radebe’s healthy lifestyle that was cultivated in her early childhood was about eating healthily and portion control.

“I have a healthy, nutrition-conscious mother. She always used to reprimand me if I’m eating a too much, especially junk food. I’d say my mother back then was also fitness fanatic according to today’s standards.”

In 2003, Radebe went to commerce at the University of Cape Town and started engaging in unhealthy diet “ Many kilometers away from my mother’s healthy meals and dealing with stressful studies at times, food was my comfort,” she admits.

After eating dinner with her friends, she would make too many slices of bread in toast at the university residence dining hall and have them with margarine and jam.

“When studying I’d snack on all the wrong things. Sugary snacks, rusks and biscuits, to name a few,” she said and gained a lot of weight as a result. 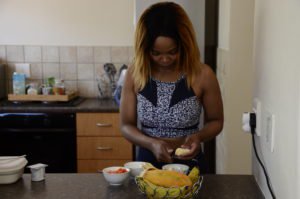 After failing a course in 2007, which she had to repeat the following year, Radebe “did some introspection and decided I was not going to be overweight, not a graduate and unemployed” – and she started to exercise.

“Running in the streets challenged me and took me out of my comfort zone, without a fitness device back then, my runs were 3km maximum.”

She found running was so tough in the beginning because she so unfit, but she realised how great she felt at the end of each run.

“Before I run, I used to look forward to the happy feeling after each run and that feeling motivated me to keep running. So, in a nutshell, dealing with failure led me to exercise and I started eating more healthy meals,” she said.

When she moved to Johannesburg mid-2008, she was intimidated by the traffic at first. “I entered a 10km race in 2009 and the training for my first 10km gave me enough drive and motivation to run the streets amidst all the Johannesburg traffic chaos,” said Radebe.

“There were many more race entries after the first 10km. I also joined the gym. I entered races up until I ran a 42km marathon in preparation for the Two Oceans Marathon.”

Radebe likes to involve her family in her health and fitness lifestyle as much as she can: “At times, we all go for walks around the block with our daughter also waling on her own and in her pram when she gets tired.” 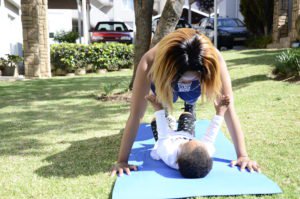 “For someone who is starting out their health and fitness journey, I advise you take it one day at a time. Do not go on a diet. Transform into new healthy eating habits with time,” said Radebe.

She said diets can get demotivating as they tend to be extremely restrictive on food choices and for this reason they are also short term. When you change a lifestyle, it is long-term, it is for life.

“My goal in getting South Africa healthier and to move away from obesity is to end the idea that eating healthily has to be expensive and time-consuming by sharing cost effective and easy ways of maintaining a healthy nutritional lifestyle.

“The same applies to exercise. A beginner must not start with an extremely challenging workout programmes that will leave you demotivated and losing interest. Start small. I always say for someone who has never exercised, even a 10-minute walk is good enough as a start.”

Radebe says: “I believe in taking it one day at a time rather than going cold turkey only to crash. One day, all your small efforts will add up to an effortless health and fit lifestyle.”