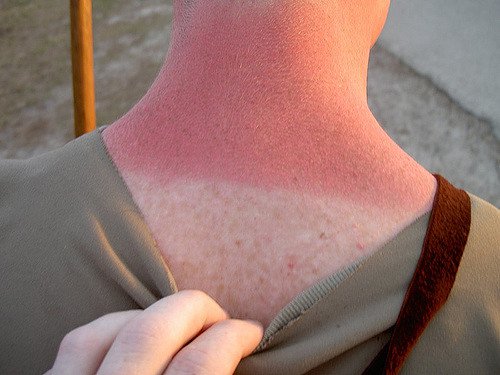 People living with albinism have sensitive skins and therefore need high factor sunblock to protect themselves when outside.

This is because they lack melanin, which is the bodies natural protection against harmful sun rays. However 40-year-old Mawande Cingo, born with albinism, claims to have never used sunscreen in his entire life.

Cingo, who is a pastor at Apostolic Faith Mission and a local radio personality, believes that God protects him from the sun, and this is why he does not burn and does not need to apply sun protection lotion to his body.

“God appointed me to serve him, so he protects me.  As a pastor, I am always exposed to the sun as I preach in tents in sunny weather. I move around a lot, visiting and praying with the members of the congregation yet I have never experienced any skin damage. God protects my skin as He is the one who decided that Mawande should be born with albinism and serve him,” Cingo claimed.

Mawande Cingo confessed that he has also never undergone any skin cancer tests.

“Exposure to high amounts of sunlight are also linked to increased risk of skin cancer in later life.  In Mawande’s case, he should visit a doctor and go for tests. And I would advise him to be more vigilant, as people living with albinism need to take extra care when outdoors. It could happen that there are no visible signs of sun damage to his skin at this point. But later in life, he could be diagnosed with skin cancer as he says he works outdoors,” Gqibithole said.

“People living with albinism should take extra precaution to protect their delicate skin. They should ensure that they apply sunscreen that is available through prescription at public hospitals.”

According to the World Health Organization (WHO), the incidence of both non-melanoma and melanoma skins cancers has been increasing over the decades.

Gqibithole defines melanoma as one of the categories of skin cancer that, while less common than other skin cancers, is the most dangerous. Melanoma is linked with short, sharp bursts of over-exposure, especially in childhood and is often triggered later on in life.