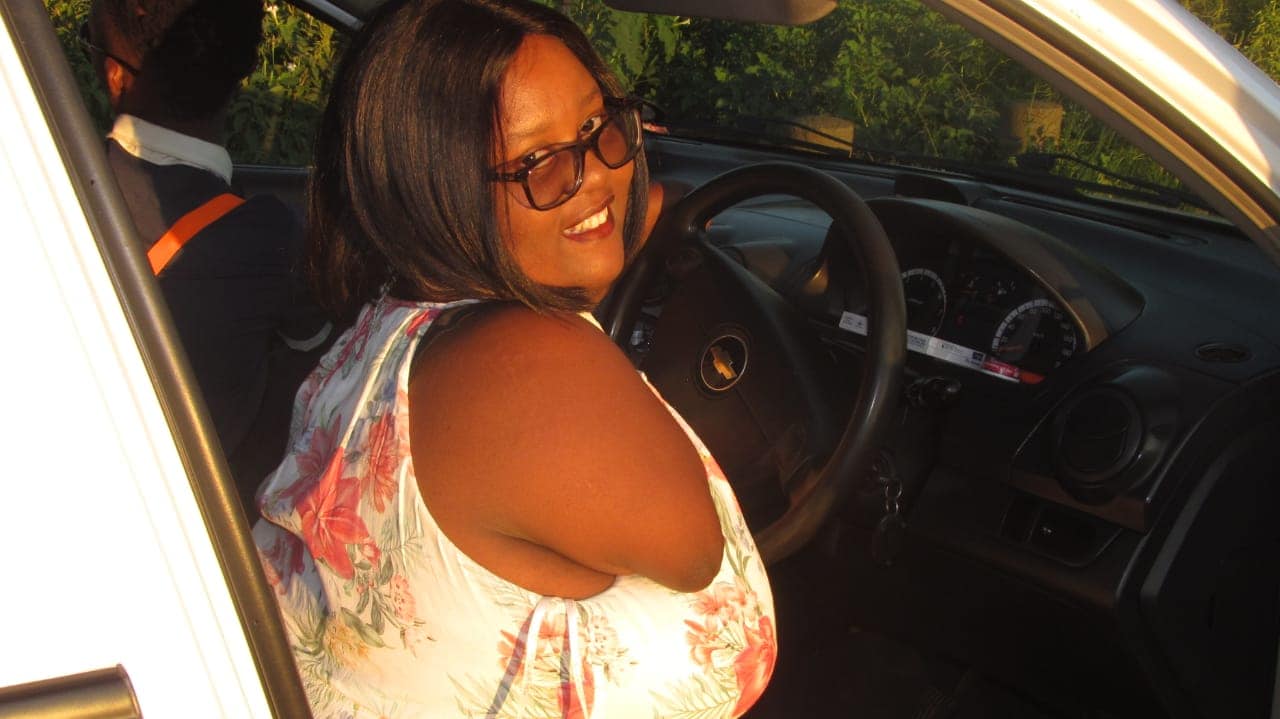 Tinyiko Gwambe, born without arms and legs, dreams of driving her own customized car one day.

After years of hard work disabled student Tinyiko Gwambe will soon be qualifying as a social worker, and has new ambitions of getting her own custom-made car.

Disabled student with no limbs graduates with new hopes and dreams

But while she has finished with distinctions, Gwambe’s plans to drive herself around independently are fading as her mountainous challenges continue.

Gwambe, now 23, was born without arms and legs, but has successfully made her way through life on her own terms. And now that she is qualified she has to face the realisation that she cannot get around as her work would require because she has been unable to raise enough money to by the custom-made car she needs in order to get around on her own.

I cannot afford to give up now. I have already made up my mind that I want to be an example to other disabled people and to prove to the world that disability does not define us.

Originally from Tshilamba, outside Thohoyandou, Gwambe has no limbs and is wheelchair-bound. She was born with Tetra-amelia syndrome, a rare condition that left her without limbs. The syndrome can also cause severe malformations of other parts of the body, including the face, heart, nervous system and genitalia.

“I am happy that I have finally managed to complete my first degree and I will be graduating on April 10. It is a dream come true for me and I am sure that my mom who passed away in 2011 is proud of me. I believe that with education one can open many doors,” said Gwambe.

Gwambe has now used the money to buy a used car. Because she cannot drive it herself, she relies on her boyfriend to drive her around. Gwambe is hoping this is a temporary solution and that she will still one day be able to raise enough funds to purchase the customised car that will enable her to drive herself around.

“I still believe that someone out there will one day help me to raise enough money to buy a car and I will be able to drive myself. Now I have to rely on other people wherever I want to move around, and that deprives them of their independence,” she said.

Gwambe said she still remembers her late mom’s words of encouragement. Her mother told her she must not let her condition stop her from going to school and being educated, because education would afford her the opportunity to look after herself and be independent.

Gwambe’s father is now a pensioner and cannot afford to raise the kind of money she needs. She is also unable to use public transport on her own as she needs someone to carry her.

Though she has managed to overcome many obstacles in her life, Gwambe is now determined to own the custom-made car that will afford her independence.

“I cannot afford to give up now. I have already made up my mind that I want to be an example to other disabled people and to prove to the world that disability does not define us. We are also capable of achieving great things in life. Disability or no disability, education is important in one’s life,” said Gwambe.

An edited version of this story first appeared in The Saturday Star.