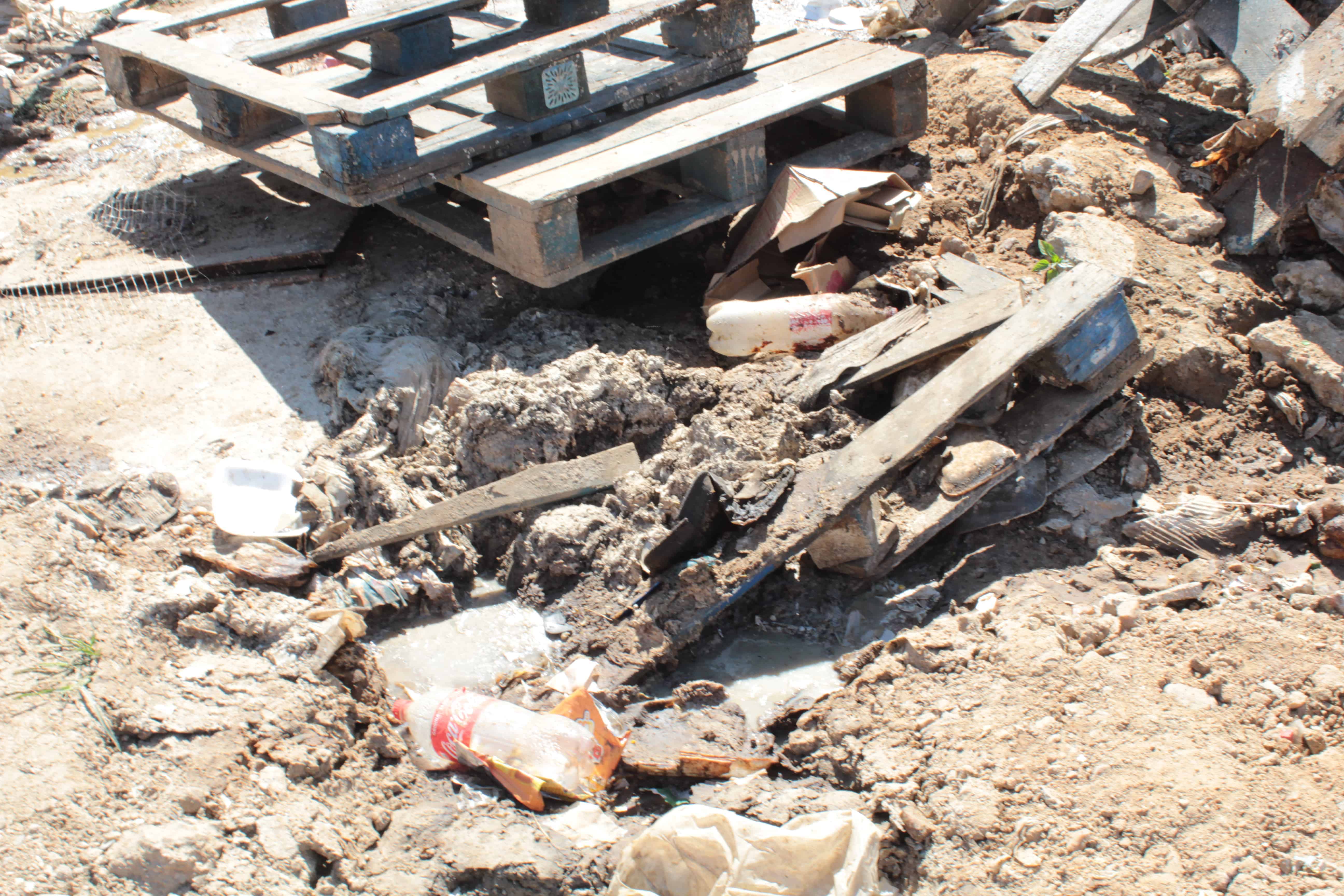 Many Vuwani residents have vowed to stay at home on 8 May because of severe water shortages, sewage spills, uncollected rubbish bins and lack of essential medication at their local clinics.

Vuwani residents are locked in an ongoing municipal border dispute after a decision to incorporate them into Collins Chabane Municipality. Members of the Pro-Makhado Task Team have led protests to have Vuwani remain in Makhado – a situation which has caused a headache for the Independent Electoral Commission as it has reportedly been battling to secure voting venues. 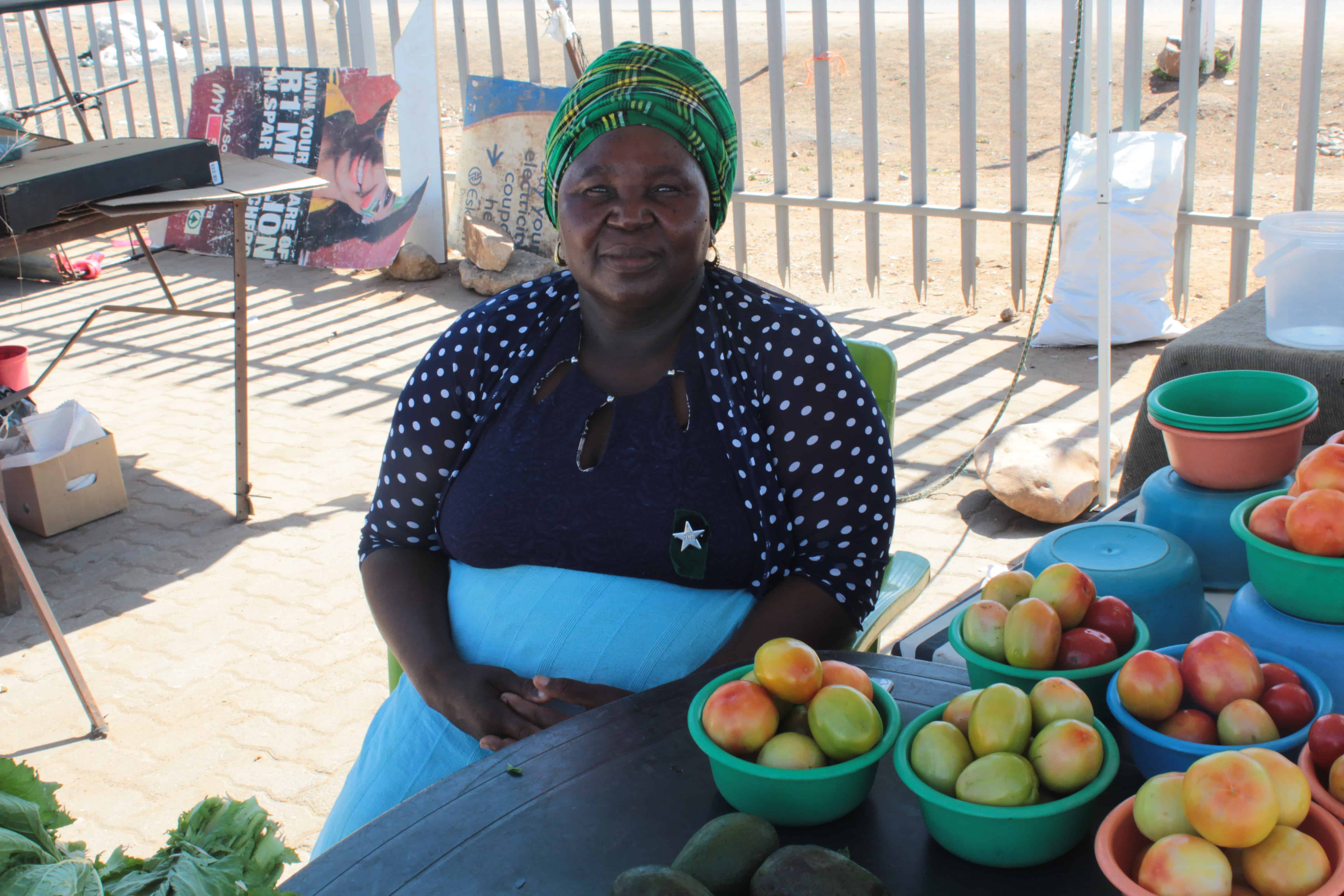 Eunice Mudau is unable to work due to the smell which comes from an open sewage. Picture:Ndivhuwo Mukwevho/ Health-e

In the middle of the Vuwani shopping, complex sewage has been flowing for months making life unpleasant and work difficult for street vendors. Eunice Mudau, who sells fruit and vegetables in the complex, said: “It seems like nothing will ever be done to fix it. Every time I open my fruit market I am forced to cover my nose and mouth with a cloth due to the unbearable smell from the open sewage.”

Mudau further said: “I do not see any reason for us to participate in the coming elections because we do not have basic services, such as water.”

In most of the 30 villages in Vuwani, water supply remains a huge problem. Some of the villages do not have water at all and residents are forced to buy water from neighbours with boreholes.

Oscar Mulaudzi won’t be going to the ballot box on 8 May. “I have never seen running water at Tshimbupfe village. I grew up knowing that when you want the water you must buy at particular families with boreholes. Just imagine having to spend R3 for a bucket of water almost every day? And they still expect us to go and vote,” he said. 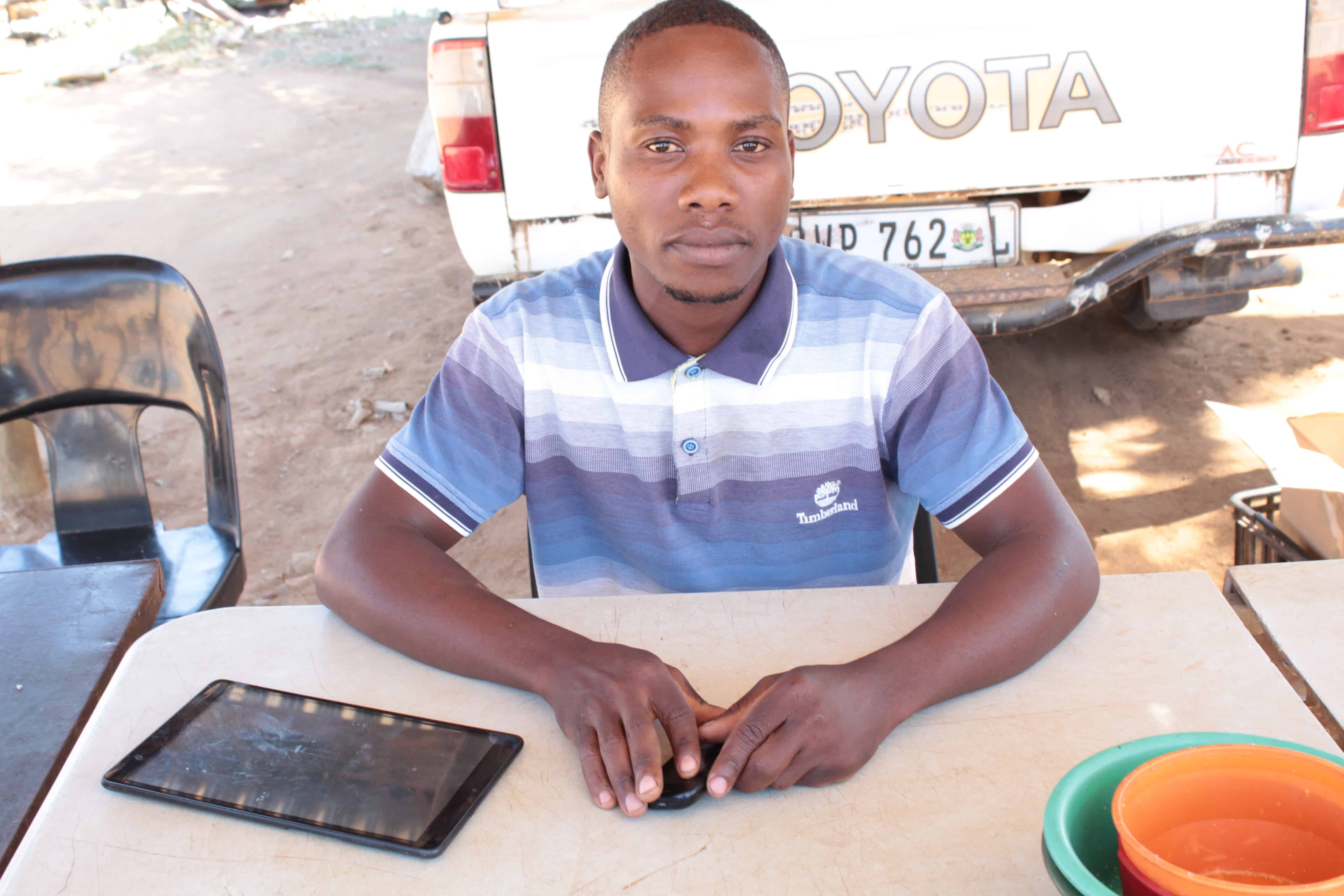 Oscar Mulaudzi who has vowed that he will not vote until water issues are addressed in Tshimbupfe village.Picture:Ndivhuwo Mukwevho/ Health-e

Access to essential medications and emergency services for Mashau villagers remain a challenge because their local clinic, which operates in an old building, is always out of stock. Last year heavily pregnant Vhonani Netshidzivhani (23) who was ready to give birth waited in vain for an ambulance. Five hours later a resident saw her lying helpless at the clinic and rushed her to Elim Hospital.

Recently the MEC of Health, Dr Phophi Ramathuba handed over new ambulances to Tshilidzini hospital to address the emergency services challenges in the Vhembe district.

Ndamulelo Ndou, 21, won’t vote until Vuwani is returned to Makhado.

“Since we were moved from Makhado Municipality rubbish bins are no longer being collected and we have to make our own arrangements to remove them. That’s one of the reasons our township is in this dirty state,” said Ndou.

In 2016 Vuwani residents embarked on protests that left more than 28 schools in several villages burnt and damaged. The villages currently receive their services from the Vhembe District Municipality.

The executive mayor of Vhembe District, Mavhungu Luruli-Ramakhanya, said a 2019/2020 financial draft budget of more than R1,748-billion had been tabled, and R503-million has been set aside for water projects in the district. – Health-e News.