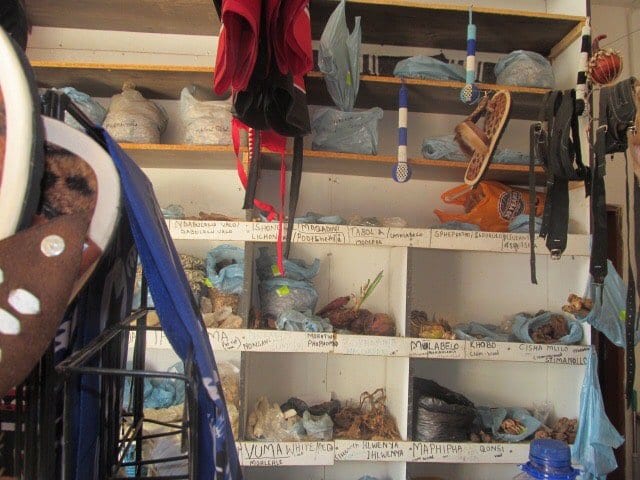 For centuries Africans have relied on traditional medicine for healing, and even with the dominance of Western medicine, muti is still widely used in South Africa.

North West – Mama Thomba, a Pemba Island native, which lies 50km off the coast of Tanzania, has been running a muti shop in Potchefstroom’s Lombaard Street for over five years, she said traditional medicine will always be relevant.

“In Africa, muti will always be around because that is our tradition. There are about four muti shops in town, and over 20 GPs [general practitioners]. Most people visit doctors because they need letters to take to work and then they come here,” she said.

Mama Thomba said muti was not witchcraft, but herbal medication. “I am not a sangoma. I sell these herbs based on the knowledge I acquired from my parents and grandparents. People should stop saying muti is witchcraft; these are plants I either dig myself or I buy from markets in Johannesburg. How can a person use plants to destroy another person?” she asked.

The traditional healer said she had clients from all races buying her herbs. “Pills in pharmacies are actually made from natural herbs; every place has its own way of doing things. There are lots of white people and Indians who come here to buy herbs.”

Vusi Moabi, a 24-year-old sports science student at North West University, said the word “muti” was often misunderstood. “When you talk about muti, people assume you are talking witchcraft, but in fact, it is traditional healing. When you go to the township, you find people have planted herbs in their yards and use them when they get sick. That’s using muti, and they are not even aware of it,” he said.

According to Moabi, with the help of technology, more people will start to understand and embrace muti.

“There is an app that tells you what kind of herb helps with what kind of sickness. For example, I can buy cough syrup when I have flu, but I could also chew ginger or whatever natural herb helps with flu. With technology and our traditional knowledge, we can bridge the gap between Western medicine and muti so that these things can go together,” he said. – Health-e News