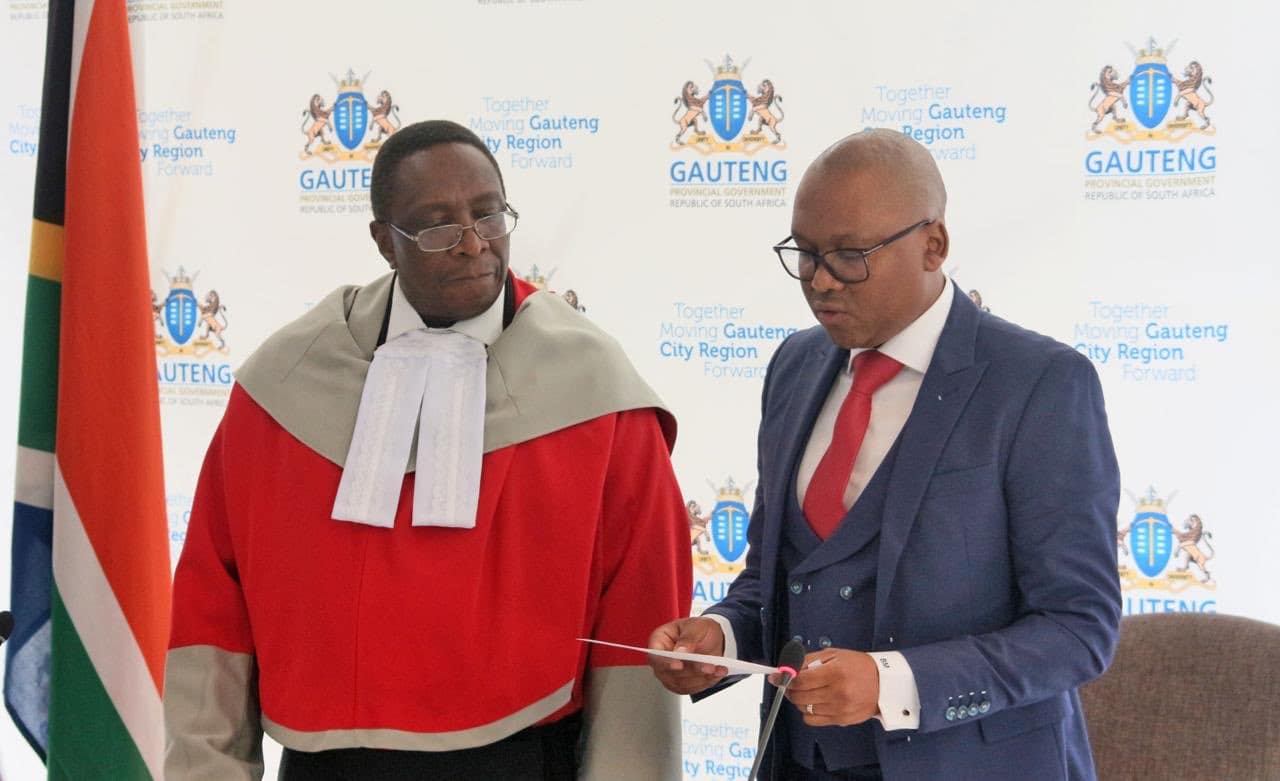 Dr Bandile Masuku says his experience as a doctor in the public sector has prepared him for his new role. (Photo Credit: Gauteng Provincial Government)

The provincial health department is capable of spearheading the implementation of the National Health Insurance, says MEC.

About R51-billion has been allocated to the Gauteng health department — the country’s largest health system. This is according to the province’s health MEC Dr Bandile Masuku as he tabled the department’s 2019/20 budget vote on Tuesday.

The National Health Insurance (NHI) will be one of Masuku’s first priorities, he said. “There is absolutely no reason why Gauteng cannot spearhead the implementation of the NHI…Our priorities for the sixth administration are centred on implementing the NHI, improving patient experience and clinical services, promoting public health education and improving governance and leadership.”

Before taking office, Masuku served on the African National Congress’ NHI Task Team in 2005 and 2006. Gauteng will be the bedrock of the NHI because of how large the health system is, he told Health-e in May.

“Gauteng is basically like a national health system because we service all provinces and it’s essentially a health system that can actually service the country,” he said.

The provincial health department plans to spend R1-billion on maintaining and refurbishing its health facilities as part of the plans to prepare facilities for the NHI and ensuring that all clinics and hospitals comply to occupational health and safety standards.

Improving safety and security in the health facilities is also a priority, Masuku said.

Collaboration between the Gauteng health department and South African Police Service is already underway and R600-million has been set aside to security at clinics and hospitals.

Among other things, improving TB and HIV treatment, emergency services as well as maternal and neonatal services are also at the top of Masuku’s to-do list.

The department has budgeted almost R5-billion to reaching the UNAIDS 90-90-90 targets. These goals ensure that by 2020, 90% of all people living with HIV will know their HIV status, 90% of all HIV-positive people will receive sustained antiretroviral therapy and 90% of all people receiving antiretroviral therapy will have viral suppression, meaning, the  HIV in their blood is so low it’s undetectable which proves that ARVs are working.

According to the latest HIV household survey, about 1.4-million people are living with HIV in Gauteng, and almost two thirds (57%) of them are virally suppressed.

Psychiatric hospitals are allocated R1.4 billion in the coming financial year. In his budget speech three weeks ago, Gauteng premier David Makhura said that providing quality health care to all residents of Gauteng remains a key priority.  The Life Esidimeni tragedy taught the provincial leaders that health needs a “hands-on approach that focuses on getting things done properly in every facility”, he said.

Additionally, close to 2 000 vacancies are projected to be filled during this financial year.

In 2016, Gauteng community health workers won a court case that forced the provincial department to take over their employment contracts which were handled by non-governmental organisations.

Although opposition parties such as the Economic Freedom Fighters and  Democratic Alliance have rejected the health department’s budget vote, Masuku is confident his department will succeed.

“The provision of quality healthcare is about the restoration of human dignity. Beyond it being a constitutional obligation; it is a revolutionary and moral duty,” Masuku said. – Health-e News