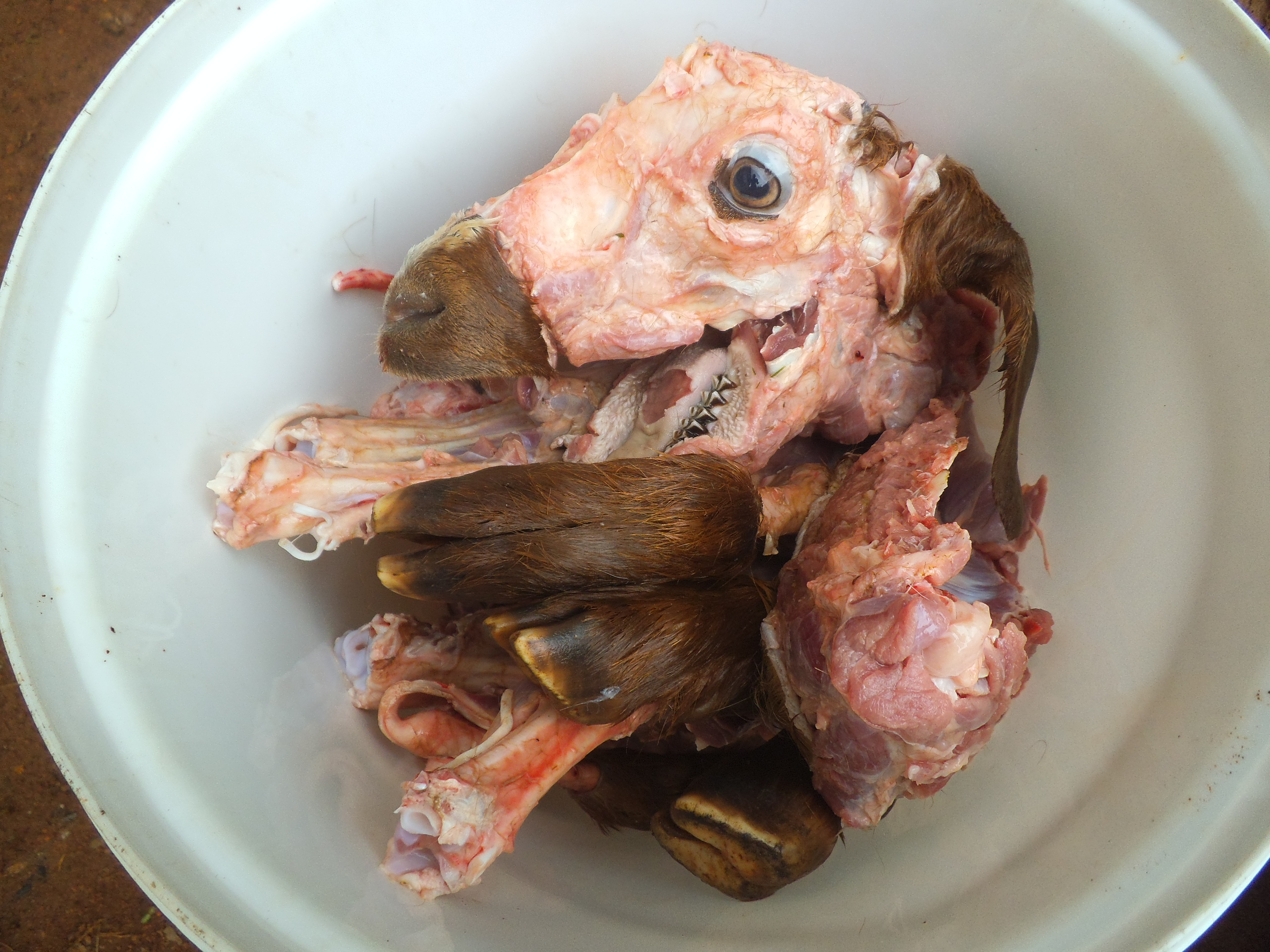 Slaughtering is an important ritual for many cultures and religions. (File photo: Sandile Mbili)

Slaughtering animals is a part of many traditions and beliefs. It’s a way of connecting with ancestors the needs of the family or individual and commemorating a celebration.

The indigenous way of storing meat for a ceremony

Traditionally after a cow, sheep, goat or chicken is slaughtered, it mustn’t go into a freezer, fridge or cold room, but remain at the back of the hut – called emsamo in isiZulu – together with traditional beer for the ancestors to eat and drink to become part of the ceremony.

Dr Zezulu Macingwane, a traditional healer, tells Health-e News that it is traditional for ancestors’ meat (inyama yamadlozi) to be emsamo and not in freezers because ancestors are not familiar with such items.

“We worship ancestors because we believe they are there for us and they are well-connected with God. They connect us to God so it is important to respect everything pertaining to them to avoid danger.”

The meat is meant to stay emsamo overnight and the next morning, it should be cooked and served to people. If meat is left after that, it should go back to the emsamo.

The health hazard is that meat, which is left exposed to air, can start to rot. An odour develops and it attracts flies. If the meat is left for an extended period, maggots can develop which can lead to food poisoning if it is still eaten after that.

“Flies and maggots have been there even during the early centuries [including] germs and bacteria… have been there as well during our forefather’s times. No one has ever died because they ate meat from emsamo just because it had germs,” says Macingwane.

“I have never heard or seen anyone who has had food poisoning or vomited because [they] ate such meat. Therefore, it is clear that this meat is blessed by our ancestors, it has no diseases.”

Sihle Msomi, who is also a sangoma, says it is normal to see flies emsamo but there are ways of chasing them away by taking few leaves of umsilinga, which is melia azedarach — also known as the Chinaberry tree —  and putting them beside the meat. The different parts of the tree have many medicinal uses, according to a 2013 study published in the Journal of Applied Pharmaceutical Science. The leaves, in particular, can be used to control many insects, stop or slow diarrhoea as well as treating skin diseases such as scabies. – Health-e News