Home » The biggest health stories of 2019 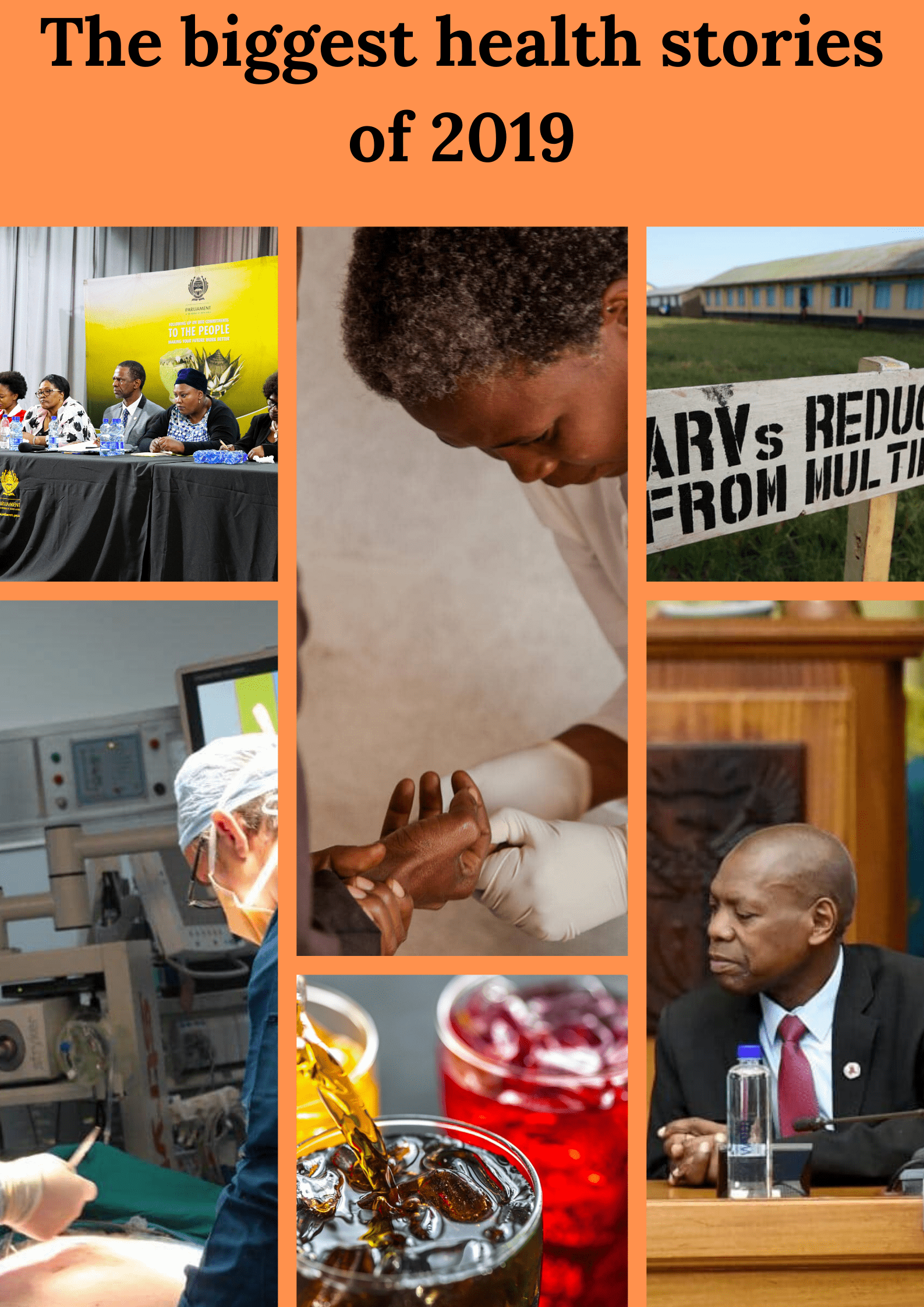 As the year nears its end and you wind down, here’s what made headlines in the world of health.

From damning reports on South Africa’s private healthcare system and the tabling of one of the most contested bills to revealing the results of a trial that has been anticipated for three decades, health news in 2019 was filled historic moments for South Africa that may outline the future of the country’s healthcare system. We rounded up some of the top stories that changed the game.

The tabling of the NHI bill and public hearings on it

Within three months of taking office as the Minister of Health, Dr Zweli Mkhize put forward the governing party’s policy on universal health coverage — the National Health Insurance (NHI) — to Parliament. Soon after Mkhize’s announcement to the National Assembly, curious South Africans started googling the NHI and the search engine saw a spike in people wanting to read more about the possible future of healthcare in the country. Mkhize said that the NHI will be fully implemented by 2026. Treasury estimates that rolling out the NHI would require an additional R33 billion annually from the beginning of the 2025/26 financial year.

This prompted President Cyril Ramaphosa to launch the Health Sector Anti-Corruption Forum. The body is a partnership between government, law enforcement agencies, civil society and health oversight bodies — including the National Department of Health, Special Investigating Unit, National Prosecutions Authority, Section 27 and Health Professions Council of South Africa (HPCSA). Ramaphosa said that the main objective of the forum is to uproot fraud and corruption. He hopes that this is a way of cleaning up the healthcare system.

Following the Mkhize’s move, Parliament’s portfolio committee on health embarked on a national tour to hear the views of ordinary South Africans on the NHI bill. The committee, led by the chairperson Dr Sibongiseni Dhlomo, has visited five provinces this year and will complete the NHI public hearings in early 2020.

The commission’s report revealed that private healthcare users were overtreated and forked out unnecessary money for medical care that they did not need. This included staying in hospital for longer periods than needed.

The report states that because of three hospital groups — Netcare, Life Healthcare and Mediclinic — dominate 90% of the market, it makes private healthcare more vulnerable to collusion and lack oversight processes that leads to unregulated prices of goods and services.

Coca-Cola, the Beverage Association of South Africa (BevSA) and the American Chamber of Commerce in South Africa (AmCham) manipulated scientific data in their efforts to stop the national treasury from implementing a sugar tax, according to a recent study.

The research found that the three companies submitted “evidence” to the finance ministry stating that tax on sugar would lead to big job losses in retail and farming and have little impact on public health.

In the presentations that these companies made, researchers found that they misquoted peer-reviewed studies, selected quotes in favour of their agenda, omitted important information and exaggerated the economic impact of the sugar tax.

For instance, AmCham cited a 2013 report by Oxford Economics and the International Tax and Investment Center to claim the impact of sugary drinks “on health outcomes is uncertain and unproven”. But, according to the study, the quoted report did not examine the relationship between sugary drinks and health. Researchers also accuse Coca-Cola and BevSA of picking out phrases from peer-reviewed studies and “changing the emphasis and intended meaning of the original text to support their arguments”.

Reproductive justice in a time of HIV

For almost three decades, scientists and activists had a question mark about the link between South Africa’s most used birth control Depot medroxyprogesterone acetate — commonly known as Depo Provera — and HIV. For years there were fears that the contraceptive may increase the risk of contracting HIV for women who used it.

According to the results of the Evidence for Contraceptive Options and HIV Outcomes (ECHO) Study, there is no increased risk of HIV acquisition amongst women who use Depo Provera as compared to two other contraception methods — a 10-year small copper IUD and a two-month progestin-only injection — which were also part of the trial.

But the HIV infection rate among more than 7 800 women in eSwatini, South Africa, Zambia and Kenya was alarming. Researchers also found that about four in every 100 women who were part of the trial were infected with the virus each year. Additionally, almost 90% (345) of the women who contracted HIV during the ECHO trial were from South Africa.

Wits RHI Director for Network Trials Dr Thesla Palanee-Phillips said: “Our take-home message here is that South African women — and other African women — are still at an extremely high risk of HIV infection. We need integration in PrEP delivery and prevention methods for men and women to see a collective reduction in risk.”

Just over an hour’s drive from Richards Bay in KwaZulu Natal is a town called Eshowe. This is the first town in South Africa to reach United Nations Programme on HIV/AIDS (UNAIDS) ’s 90-90-90 targets a year ahead of the deadline, research from international medical humanitarian organisation Doctors Without Borders (MSF) found.

The UNAIDS goals are that by 2020, 90% of all people living with HIV will know their status; 90% of those diagnosed with HIV will be on treatment and 90% of those will also be virally suppressed — meaning that the virus is undetectable and untransmittable. Participants in Eshowe reached these targets, as announced at this year’s South African Aids Conference.

This week the national department of health has announced that Umkhanyakude District in the province has achieved the 90-90-90 goals.

Umkhanyakude is one of the first three districts to reach 90-90-90 goals ahead of target in the country. The Umzinyathi and Ugu districts were certified for making the mark.

The department projects that by March 2020 14 districts will have reached their 90-90-90 goals and “all 52 districts in the country will have epidemic control by the end of 2020”.

The national department of health launched a new fixed-dose combination antiretroviral (ARV) treatment called tenofovir/lamivudine/dolutegravir, or TLD in short, a three-in-one pill that is set to revolutionise the HIV scene and make it easier for people to stay on treatment and reduce the chances of resistance.

Studies have found that this new combination has fewer side effects than the current regimen that patients living with HIV are taking. People have complained that the present drug concoction has caused depression and hallucinations in the first few months. These side effects could lead to people not staying on treatment.

TLD will be rolled out in public health facilities from this month. – Health-e News