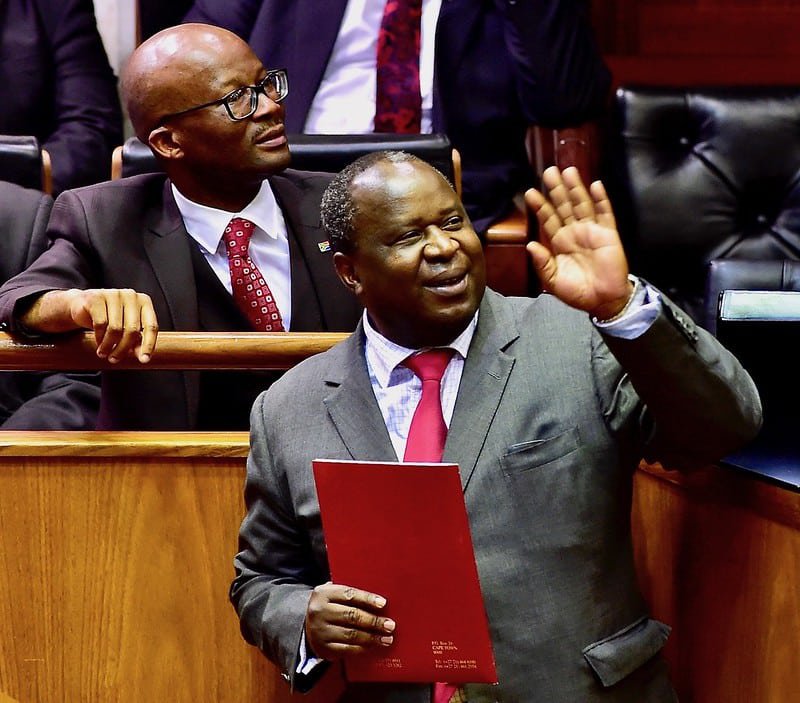 South Africa spends about 8.5% of its gross domestic profit on health services.

National finance Minister Tito Mboweni delivered his mid-term budget speech on Wednesday afternoon. Despite slow economic growth, the health sector continues to receive one of the biggest slices of the country’s budget. We round up five things that the midterm budget tells us about the state of healthcare and its future.

The National Health Insurance (NHI) bill was tabled in Parliament earlier this year. The bill is South Africa’s policy on providing universal healthcare. When introducing the bill to Parliament, Health Minister Zweli Mkhize said that the NHI will be fully implemented by 2026. Treasury estimates that rolling out the NHI would require an additional R33 billion annually from the beginning of the 2025/26 financial year. It says that the current economic climate rules out previous cost predictions that were in the white and green papers of the bill.

2. Cancer treatment and mental health to be included in the  HIV, tuberculosis, malaria and community outreach grant

In 2021, oncology and mental health will be included in the HIV, TB, malaria and community outreach grant. According to Treasury, the fund will come from the NHI indirect fund and thereafter given to provinces to run the programmes. However, Treasury says that it will work with the Department of Health to review and restructure the grant as a strategy towards the implementation of the NHI.

The country has been marred with a shortage of oncologist and facilities without any cancer treatment equipment. In 2017, KwaZulu Natal was left with no oncologists in the public sector. While Mpumalanga only received its first hospital that provides cancer treatment this year.

South Africa has also faced mental healthcare crisis such as the Life Esidimeni tragedy that led to the deaths of 144 mental health state patients who were transferred from private healthcare facilities to 27 illegal non-government organisations. To date, none of the health officials or practitioners implicated has been prosecuted or have their medical licenses revoked.

3. Medical-legal claims are on the rise

Mboweni says that medical-legal claims against the provincial departments of health are a threat to the country’s fiscal. He estimates that medical-legal claims together with cases against the police amount to about R100 billion. Between 2017 and 2019, claims increased from R80 billion to R99 billion. Departments have paid out about R2 billion in 2018/19, half a billion more than the previous financial year.

4. HIV organisations and national Aids council to get a funding cut

The midterm budget document states that funds meant for the South African National Aids Council and organisations that work in the HIV sector will be diverted to support initiatives that deal with gender-based violence.

However, the health budget vote states that antiretroviral treatment programme is slower than anticipated. Only 4.8 million people living with HIV are on treatment, a million fewer people than the set target. The country aims to have at least 6.1 million people on HIV medication by December 2020.

Meanwhile, the human papillomavirus (HPV) vaccination grant will also be merged into the HIV, TB, malaria and community outreach grant from next year. The HPV vaccine is given to young girls to prevent cervical cancer in the future.

Almost R9 million from the National Department of Health will be used to settle fees for medical students from rural areas and township schools. This is part of the health ministry’s programme to support students at the University of the Witwatersrand. – Health-e News