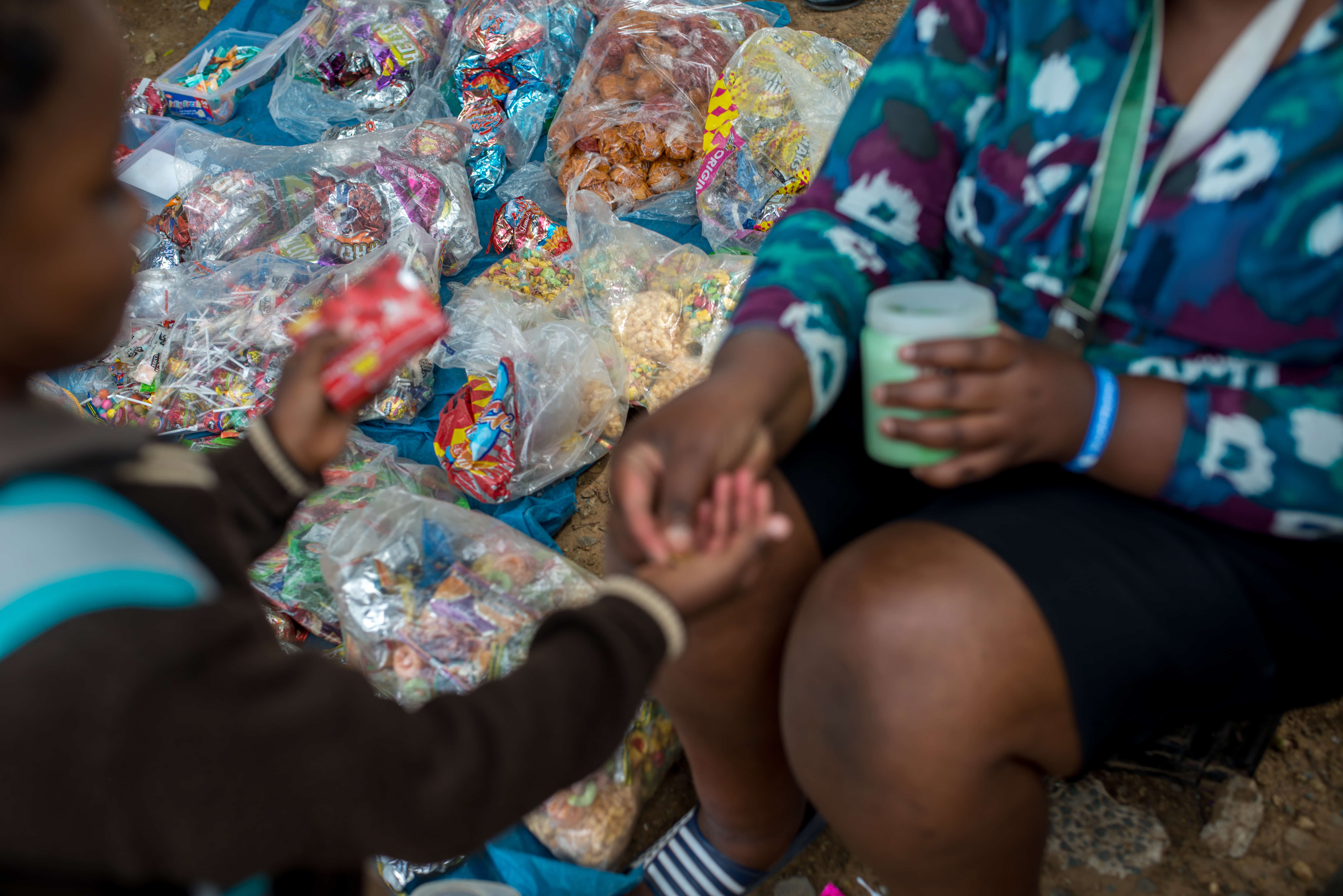 For years, schools in Ikageng have allowed hawkers to sell food to learners inside school premises, but one primary school has decided to bar them.

Sarah Nceba has been selling her bunny chow, chicken feet and vetkoeks (fat cakes) at Dan Tloome Primary School in Ikageng, Potchefstroom for many years, but this year she was told she couldn’t sell her food inside school premises. Nceba says now she sells the meals outside school premises, but she is no longer making enough money to feed her family.

“Hawkers have had a good relationship with the school. I mean I have been selling here for the past three years, but I was surprised this year when we were told to no longer sell our food inside the school. No one really explained to us why, but we heard rumours that the department says hawkers sell unhealthy food that cause children to become obese and tired.”

She says that she now sells her food outside the school, but things aren’t the same. “I don’t make enough money anymore as I return home with most of the stock. This was my family’s only source of income, so now I cannot provide for them like I used to before. It has become hard,” she says.

Nceba adds that the school should’ve warned them about the new developments and also guided them [the hawkers] on what should be sold.

“I think it would’ve been best if the school sat down with us, tried telling us what [should] be sold, or if we should change our menu. That would’ve been better because all we’re trying to do is feed our families and not harm anyone,” says Nceba.

Motheletsi Retsang, school safety and health coordinator from the Dr Kenneth Kaunda District office says that the decision isn’t final as all members of the school need to be involved in final decision making.

“Nothing is final yet, we need to consult the SGB [school governing body] and teachers. Only after that, a final decision can be made. Changes will affect everybody, so everyone has to be consulted so that we come up with a conclusion that suits everyone,” he says.

School tuckshops, and food and beverage vendors at schools have been under increased scrutiny, with calls for implementation of regulation coming from the advocacy organisation, Healthy Living Alliance (HEALA).

In 2018, HEALA conducted an audit of the food environment at 61 schools in Soweto and the East Rand, covering 62 883 learners. The aim of the audit was to investigate what primary and high school learners consume at schools by looking at the school nutrition programmes and what was being sold at tuckshops and by vendors.

According to this audit, over 88% of Gauteng schools had vendors. The audit further states that the vendors are not monitored in schools, except to make sure that they don’t sell cigarettes. The audit also found that sugary drinks were commonly consumed items with the kota, and that another popular item was ice lollies (frozen sugary drinks).

Also in 2018, Health-e News reported on the Scoping study, which investigated the school food environment nationally. The study showed that tuckshops and school hawkers are largely unregulated, with lax implementation of government guidelines, and that children gravitate towards unhealthy and low nutrition food. The study also highlighted structural barriers to school’s implementation of healthy tuckshops, such as affordability of healthy ingredients, and lack of proper food preparation facilities. – Health-e News