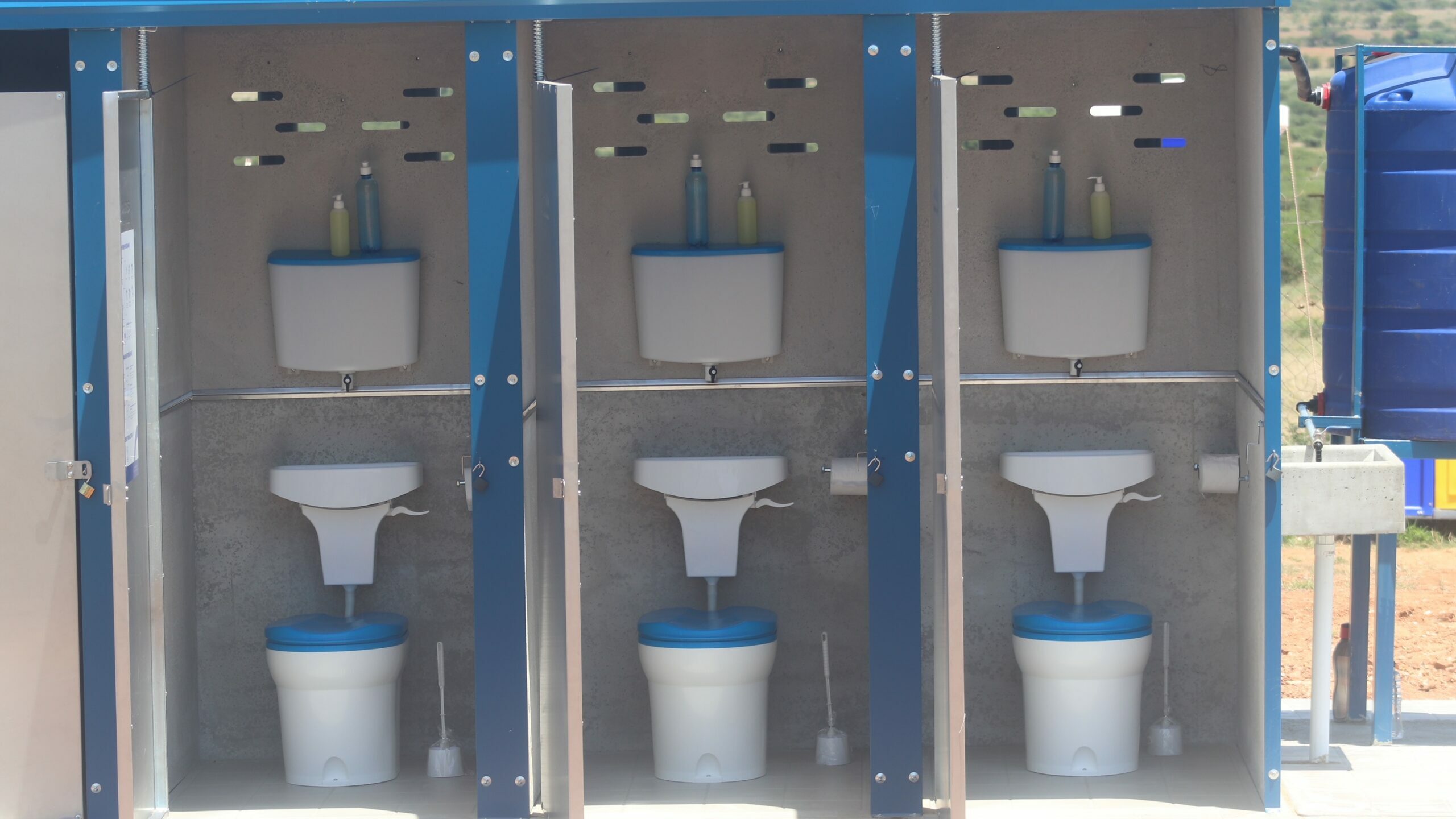 The Amalooloo Waterless Sanitation System brings safe and sustainable sanitation to learners around the country. The technology offers a solution to areas and schools that do not have access to water.

A new technology installed at schools across South Africa is bridging the divide between pit and flushing toilets.

The Amalooloo Waterless Sanitation System built by Betram is the brainchild of a local entrepreneur who believes his device will restore dignity by providing communities and schools with new hygienic toilets.

The company was founded in 1986 and specialises in building sanitary systems. Amalooloo is essentially a four phase process.

First the faecal matter is collected in a container below the toilet. It is then raked while inside the container as part of the first drying process.

Once the odours have subsided and the poisons have been dried off, the remaining waste is then removed from the container and placed in larger drums for another period of drying in the sun.

Finally the waste is shredded and then packaged for use as fertiliser. In the last year, Amalooloo installed units at more than 50 schools, bringing sustainable sanitation to more than 20,000 learners said Betram CEO Lukas Fourie. 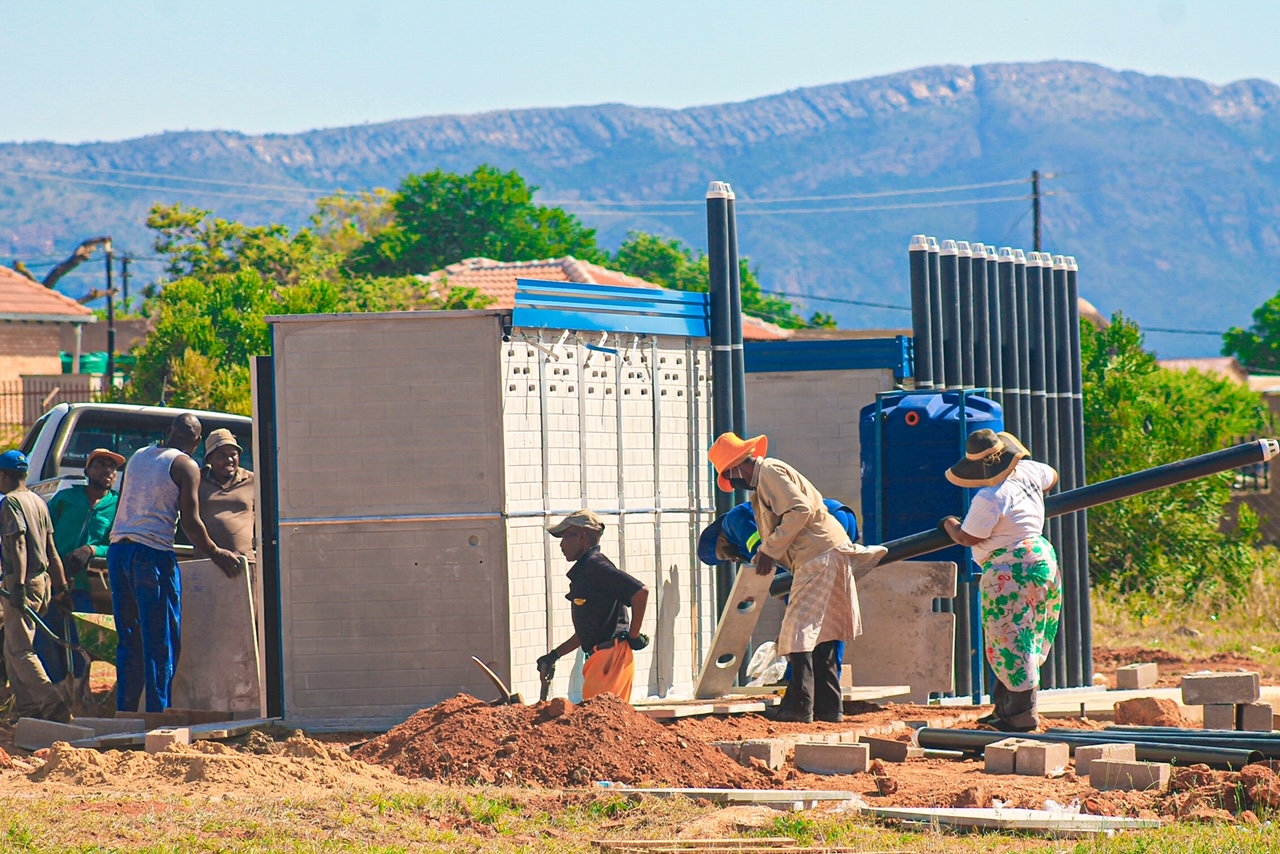 The Amalooloo System is ideal for rural areas (Supplied)

Fourie launched the Amalooloo System which separates human faecal matter and urine at source. It also uses readily available technology to collect, store, treat and dispose of waste back into the soil as a type of compost.

“Sanitation is our core business and through commitment and extensive investment in research and development we have been able to close the “sanitation loop,” said Fourie.

“As part of our social development program we identify schools with urgent need of attention regarding sanitation in different provinces,” said Fourie. “Some of our projects are also privately funded by different organisations.”

The need for sanitation

The lack of proper sanitation remains a life-threatening concern around the country, particularly in public schools. The death of five year-old Michael Komape  at in Limpopo in 2014 shocked the nation. Then another five-year-old, Lumka Mkhethwa, drowned in a pit latrine at Luna Primary School in the Eastern Cape in March 2018 reinforced the danger of pit latrines.

Even after public outcry many schools, particularly in rural areas, still struggle with inadequate sanitation. According to the Norms and Standards for Public School Infrastructure, all schools should have been provided with enough classrooms, electricity, water, and toilets, with fences, telephones and internet by 29 November 2020.

Non-governmental organisation Equal Education released a report showing that with less than a week left before the deadline, the education departments are failing miserably to comply with the 2020 deadline.

Amalooloo technology, developed in 2002, does not require water to function and it has been proven to be suitable for use in urban, peri-urban and rural areas.

“The scientific principle behind the technology is aerobic, natural composting of human excreta that is separated at source,” said Fourie. “This technology is only dependent on natural, environmental conditions resulting in ecologically friendly results.”

The loos’ sturdy construction includes a door design that keeps out snakes, rodents and dirt. 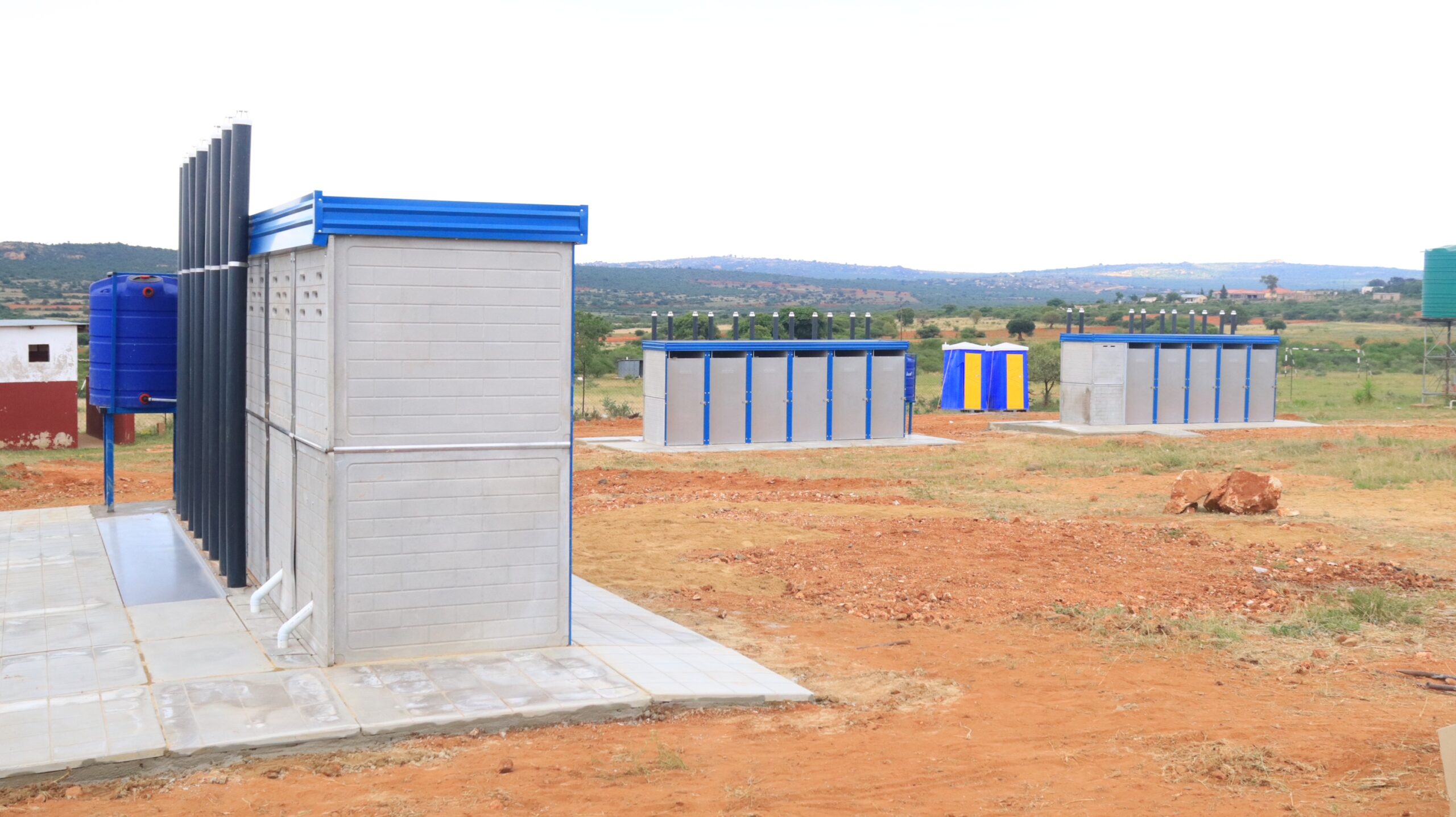 “Ultimately our priority is the end-user themselves for the men, women and children who do not have immediate access to a toilet that is safe, private and sustainable,” adds Fourie. What’s more, Amalooloo improves the health and hygiene of communities, eliminating disease like diarrhoea, cholera and dysentery.

Poor sanitation reduces human well-being, social and economic development due to impact such as anxiety, risk of sexual assault, and lost education opportunities, According to the World Health Organisation.—Health-e News