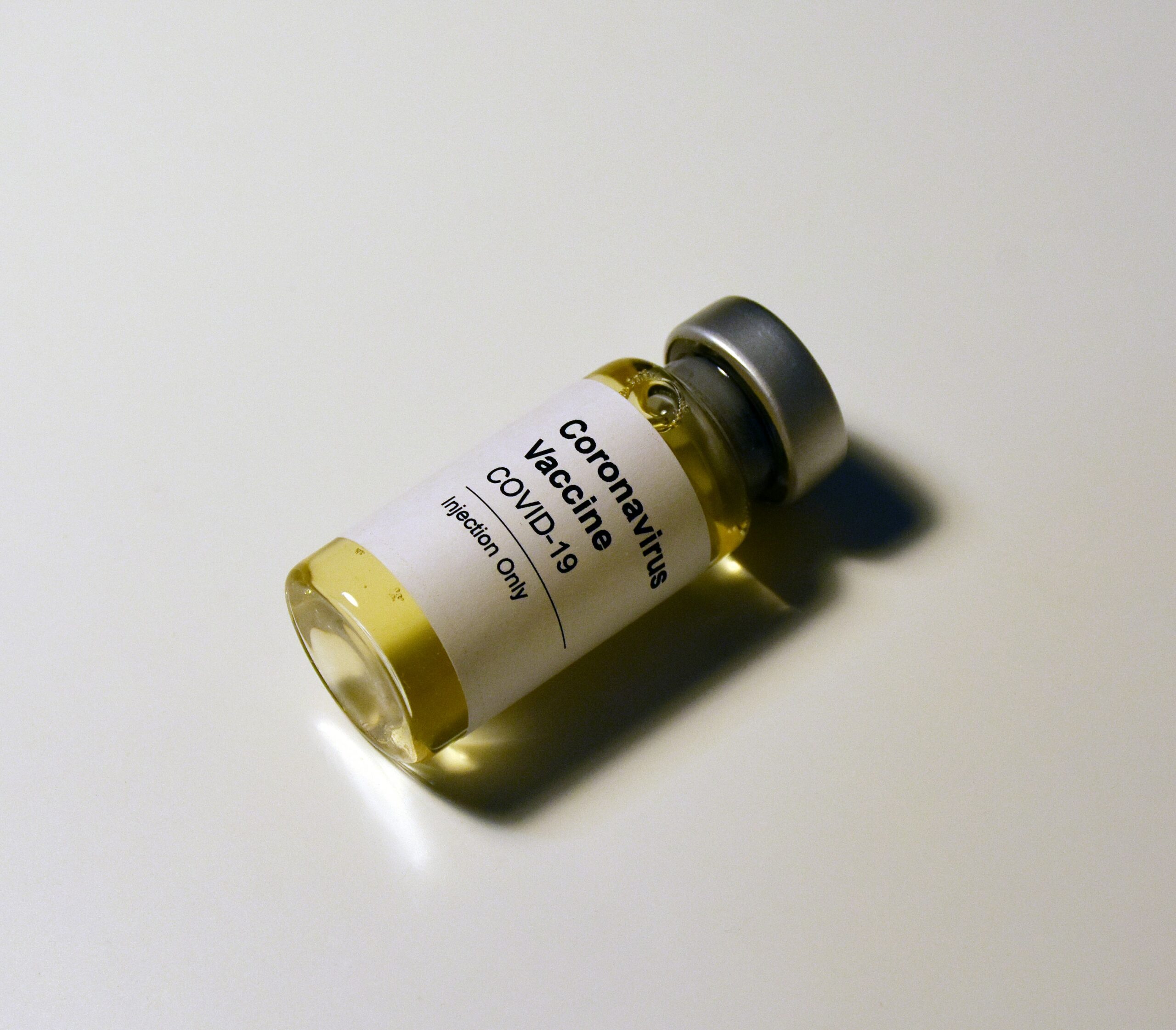 Photo by Hakan Nural on Unsplash

Government’s planned roll-out of critical vaccines to combat the Covid-19 pandemic will see high-risk patients and health workers first in the queue.

South Africa is yet to receive Covid-19 vaccine, but it has a plan for when the vaccines do arrive. The National Department of Health has revealed its strategy for the rollout of the Covid-19 vaccine, which will take place over the next year. Here’s what you need to know from Dr. Zweli Mkhize and his team’s plan:

The committees in charge

The Covid-19 vaccine rollout will be lead nationally in close coordination with provincial health departments and the private healthcare sector, according to a government statement.

The Department of Health’s vaccine strategy will be guided by a ministerial advisory committee, made up of 12 members drawn from various sectors of health care.

Committees will coordinate  the rollout of the three main phases of the vaccine delivery, and at various levels. A national vaccine coordinating committee made up of members the public and private sector, experts and the World Health Organisation will oversee the rollout.

At a local level, provincial coordinating committee will help to establish structures to manage the rollout that must include representatives from the Communicable Disease Cluster, Medicines Supply Chain Management, Information Systems, Human Resources for Health, Primary Health Care and the Expanded Programme for Immunisation.

Another committee will coordinate with the private sector, like medical schemes, private hospital, nursing associations and allied health professions associations, pharmacy groups, labour unions and employers among others.

A task team will also be entrusted to continue negotiations for private sector financing, procurement, logistics and administration of the vaccine.

Who gets the vaccine and when

The vaccine will be rolled out in three phases.

Around 2.5 million essential workers have been identified as first in line. These include police officers, miners, teachers and workers in the security, retail, funeral, banking services. Essential municipal and home affairs, border control and port health service workers will also be vaccinated in this phase.

Another 1.1 million people in care homes, shelters, detention centres and prisons will also need to be vaccinated early as they are in the high risk category living in congregated spaces. In addition, people working in the hospitality and tourism industry, and educational institutions are also deemed at risk.

South Africans who are vulnerable to the coronavirus will also be first in line for the vaccine. There are more than 5 million people who are 60 years and older who also form a group of high risk individuals. Them those living with comorbidities such as diabetes, chronic lung disease, cardiovascular disease, renal disease, HIV, tuberculosis and obesity will also be prioritised. These candidates will be vaccinated in the second phase.

The third phase will have a broader target of people over the age of 18 so that 67% of the population is immunised, in order to create herd immunity and stop the spread of the virus.

The first doses, which will be used in the first phase, will be procured and delivered by COVAX. This is a global collaboration for speeding up the development, manufacture and equitable distribution of new vaccines. The alliance, to which South Africa belongs, also ensures that poorer countries have a chance at equitable access to the vaccine when competing against wealthier nations.

COVAX has focused on vaccines that can be stored at usual cold storage facilities produced by Astra Zeneca, Johnson and Johnson and others. At least 2 billion Astra Zeneca vaccines could be produced by the end of 2021 according to COVAX officials, with the Serum Institute of India likely to be the main producer for developing and developed nations.

It is not clear yet when South Africa will receive its COVAX delivery, but this is likely to be by no later than the second quarter of 2021, President Cyril Ramaphosa said earlier.

What to consider when getting the vaccine

Vaccines in the second and third phase will likely be purchased directly from manufacturers. The state is still working on securing funding, and is looking at multiple options, including public-private partnerships and teaming up with medical aid schemes.

There are currently several types of vaccines on the market. The National Department of Health and the Ministerial Advisory committee has held discussions with potential vaccine suppliers. These include Astra Zeneca, Johnson and Johnson, Moderna, Cipla and Pfizer. Officials have also spoken with Chinese and Russian manufacturers.

According to a document published by the Health Department, there are six key considerations in the selection of Covid 19 vaccines for South Africa. The key will be the availability, followed by the decision of the safety of vaccinations determined by the South African Health Products Regulatory Authority (SAHPRA).

The ease of use of a vaccine, as well as the schedule including number of doses required are also a factor. Vaccines must be proven safe and effective according to the Medicine and Related Substances Act 101 of 1965.

Also critical will be an analysis of the stability during storage and distribution, supply and sustainability. For example, a vaccine that must be stored at below freezing conditions could prove difficult in areas that do not have the proper cold storage facilities. Of course, the cost of the vaccine will also be crucial in the decision on whether to purchase it.

Additionally we have embarked on Public Private Partnerships with very good outcomes and we have approached medical aids to be part of the co-financing.#VaccineStrategy

SAHPRA will lead the approval of the vaccine to ensure it is safe enough to distribute. SAHPRA has put measures in place to expedite the approval of safe vaccines. The authority has already adopted a priority review approach for all Covid-19 vaccine applications since the onset of the pandemic, which should speed up the review. Its own approval process will be guided by its international counterparts like the European Medicines Agency (EMA) and the US Food and Drug Administration (FDA).

Each manufacturer must file a dossier with SAHPRA to assess its safety. The Pfizer-BioNTech vaccine has already been tested and launched in a number of countries around the world, include the US and Great Britain. But, its local SAHPRA filing is not complete according to a Health Department statement.

The Pfizer-BioNtech vaccine has a reported 95% protection but also needs two doses. It has to be stored at -80º Centigrade, meaning its usefulness in South Africa may be limited. There are few ultra-low cold chain storage facilities in the country.

The AstraZeneca/Oxford University vaccine is regarded as more relevant to South Africa’s climate, but its efficacy is only 70% and needs a double dose. Cipla is the local partner of the India-based manufacturer of the vaccine, Serum Institute of India (SII). The vaccine must be stored at 2.8º Celsius.

“This vaccine is likely to be widely used globally due to temp stability and volumes that AZ committed to produce through partners and their tiered price model, government said in its presentation on the rollout strategy.

The Moderna vaccine, made famous by country singer Dolly Parton who invested $1 million in its development, has received verification by the USFDA but it is not expected to file for a license to sell in South Africa. The company does not have an existing presence in South Africa and the vaccine needs ultra-low cold storage of at least -20º Centigrade.

As the vaccines are rolled out across the country, government will need to ensure that the distribution of the vials are tracked and monitored. There will be a central distributor linked to contracted distributors hired to assist the delivery.

Safety and security at the storage sites will need to be evaluated, along with barcode scanning capacity, the disposal of waste, data verification of volumes distributed versus administered, and monitoring the waste generated by millions of glass containers.

The Department of Health is in the process of developing an electronic vaccination data system to manage the flood of vaccines expected in the next few months.

LIVE | Vaccines should be rolled out to all South Africans by the end of 2021, says #ZweliMkhizehttps://t.co/hgLFm46k7F pic.twitter.com/MRy7PVULAm

Late last year, Johnson and Johnson teamed up with South African pharmaceutical company Aspen to produce part of the vaccine in its factory in the Eastern Cape. This could make this vaccine a viable option for South Africans.

Johnson and Johnson’s vaccine has also been approved and its dossier submission to the SAHPRA is expected in January 2021. It has a single dose and is regarded as easier to administer and is cheaper than the others available.

Download a copy of the government vaccine roll out plan here.—Health-e