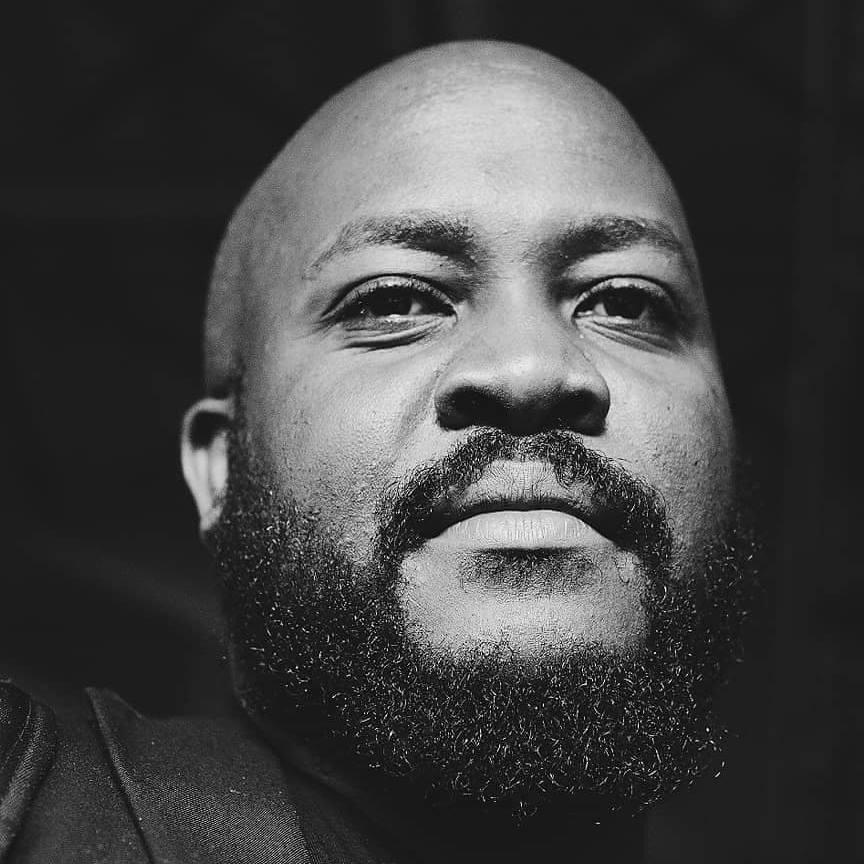 The Health Ombudsman Malegapuru Makgoba has found that a culture of carelessness, negligence, lying and non-accountability led to the shocking treatment of a Gauteng man.

Magkoba was probing the allegations of gross negligence against the staff at Tembisa hospital, which led to the death of 34 year-old Shonisani Lethole in June 2020. Lethole eventually died of Covid-19 complications.

Health Minister Dr Zweli Mkhize asked the ombudsman to investigate after a public outcry. While in Tembisa hospital, Lethole tweeted the minister on 25 June in a bid to alert him to the treatment he experienced.

“@DrZweliMkhize Mkhize can I respond to your tweets if the problems I have at one of your facilities continues it is becoming unbearable, and they don’t seem to care. Didn’t eat for 48 hours,” Lethole whose Twitter handle is @Shonilethole tweeted. 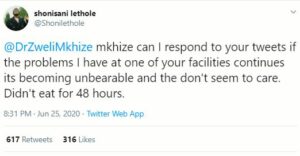 A viral call for justice

His file described Lethole as an athletic patient without a history of comorbidities when he was admitted to Tembisa hospital with Covid-19 symptoms. A test at the hospital’s casualty unit showed that he had  SARS-CoV-2 Pneumonia.

Then hospital staff left him, and failed to feed the sick man. He did not eat for almost 52 hours.

“More importantly, the hospital management failed to summon a single witness or a previously admitted patient to provide credible evidence to the investigation that breakfast, lunch and supper were delivered, served and eaten by Mr. Lethole at Casualty Isolation on the 23rd and 24th June 2020,” said the ombudsman.

In an initial response, the family described the findings as “overwhelming.”

“The last seven months since we lost our son, brother, uncle and boyfriend, have been traumatizing. Not knowing what really happened to Shonisani has been incredibly hard for all of us. Today, with the release of the Health Ombud’s report we finally know the facts of how he died,” the said in a statement.

“It is overwhelming.The report confirms many, many failures in management, governance and medical care at Tembisa Hospital. From what we have read so far, it also confirms that Shonisani’s account of what happened was true.”

The family plans to hold a press conference on Thursday outlining how they plan to make sure the ombud’s recommendations are enacted.

The Lethole family say they are grateful to the Office of the Health Ombud & his dedicated team for conducting a thorough but swift investigation with great integrity and grateful to the @DrZweliMkhize for commissioning this investigation#ShonisaniLethole #FixTembisaHospitalNow!

In his findings, Magkoba ruled that health staff failed to follow basic rules of patient care, including following up decisions diligently.

Worse, he points out that the hospital’s record-keeping was “appalling” with notes going missing. In a disconcerting development, the ombudsman found that some notes were created after the incident in an attempt at covering the tracks of those involved.

Magkoba has called for hospital CEO Dr Lekopane Mogaladi to face further disciplinary action, but he is not alone.

“The Gauteng Department of Health and TPTH should institute disciplinary inquiry following prevailing policy and compatible with the Labour Relations Act; constituted of a senior medical doctor and a senior nurse, jointly chaired, supported by a senior legal Counsel with experience in medico-legal matters and with experience in disciplinary enquiries against the (following) staff members,” said Makgoba.

These include the team leader Dr Shabangu, who he said provided substandard and negligent care. Dr. Shabangu was also said to have failed to follow up on orders, deal with test results and interpret basic investigations. The report said he also further failed to transfer the sick man to a better facility, which may have saved his life.

Other staff members, all listed according to surname, must also face disciplinary action.

Dr Bangala for apparent failure to follow up on the Covid-19 results and assessing Lethole’s condition properly, while he also allegedly did not respond to the nurses’ call for a certification of death among other allegations.

Dr. Sunnyraj is fingered for failure of duty of care as the consultant called in when Lethole’s condition began worsening, which the ombudsman has called a serious error of judgement.

Dr. Ngobese, who is said to have failed to ensure that critical care equipment at the ward was available and functioning properly, and then allegedly failed to complete the required Morbidity and Mortality Template form timeously. Dr Ngobese also allegedly provided a different version of evidence while Dr. Marole is named for falsifying the death certification process and for apparent failure to examine the patient fully before to ensure that the death certification was done properly.

“She certified Mr. Lethole on the 30th June 2020 but recorded she did so on the 29th June 2020. This was to cover up for failure to the death certification timeously,” the ombudsman said of Dr. Marole. “She later claimed to have examined Mr. Lethole but this was never recorded in the notes.”

And, Dr Pawson was named for his unbecoming and rude conduct during the investigation for which he later apologised. Lastly, Dr. Relebohile Ncha, who was named for advising Health-e news that Tembisa hospital was “ready for the Covid-19,” when the facts could never have supported any such conclusion.—Health-e News