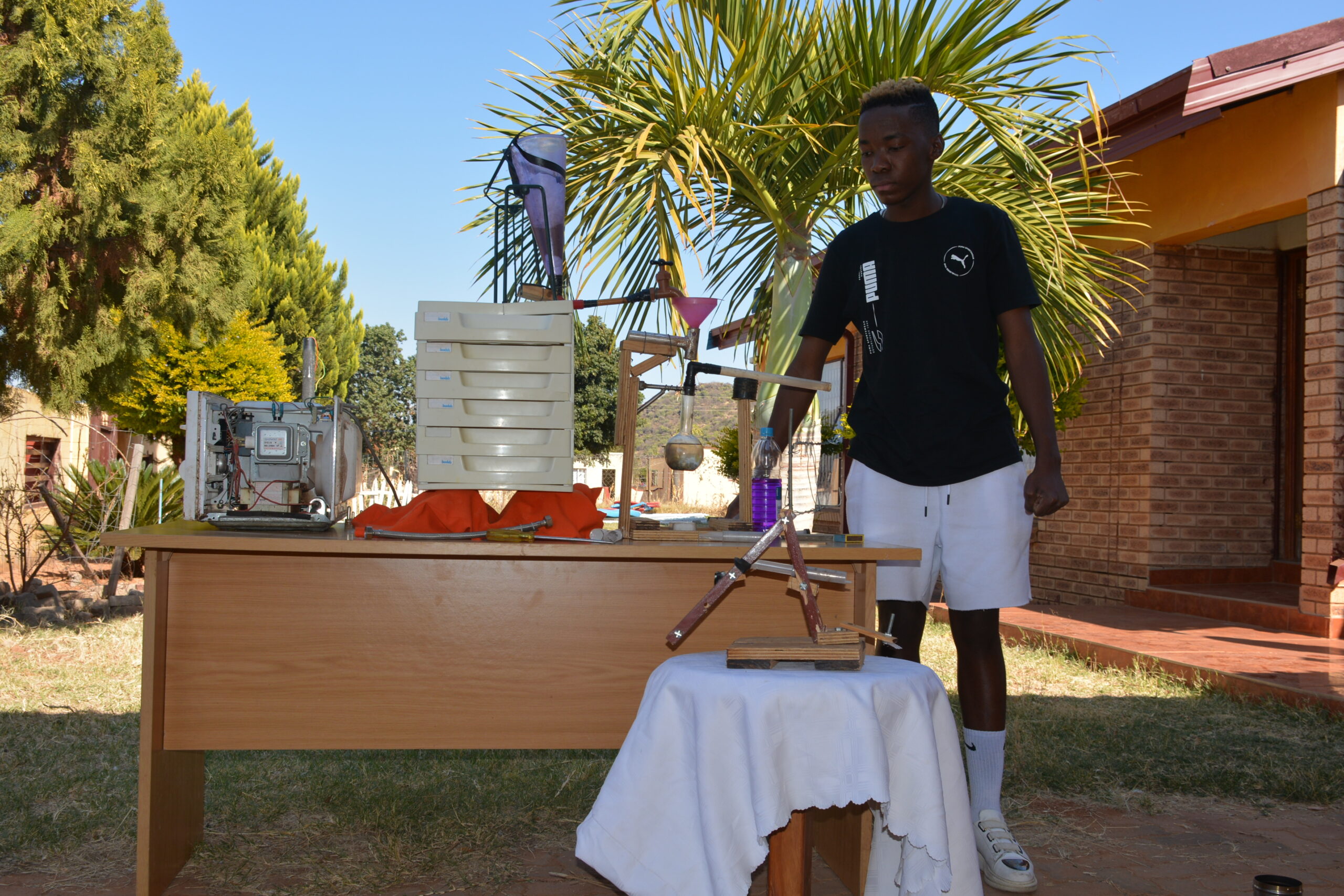 A money-disinfecting device, that could potentially help curb the spread of COVID-19, is the latest brainchild of an aspiring inventor from Limpopo, who hopes to build on the success of his earlier invention.

A 19-year-old student and inventor from Limpopo is determined to use his latest invention to cash in on opportunities created by the COVID-19 pandemic, hoping that his money cleaning device will contribute to curbing the spread of the virus.

Kgalema Rachuene, a second-year bachelor of science in physics and mineral sciences student at the University of Limpopo (UL), outside Polokwane, has already had some success with earlier invention – a water purifier that makes polluted water drinkable.

Rachuene explained that his money cleaning machine could save people from communicable diseases, such as COVID-19 and other dangerous pathogens, which are transmitted via coins and banknotes during transactions.

The money disinfector, he said, uses radiation to kill millions of viruses and bacteria that are inadvertently transferred when money changes hands countless times during the day.

“When the COVID-19 pandemic emerged, I looked at money and realised that since cash is in high circulation, it could also be one of the fastest vehicles to spread viruses and bacteria,” said Rachuene.

“Viruses from a buyer could very easily be transferred to a seller when coins or paper money are exchanged during a transaction. For example, a taxi driver who receives money could be infected and spread the viruses and bacteria even further when they pass change to customers or passenger.”

Rachuene said that he had given much thought to various ways that the spread of infections through money could be prevented, and noted that the use of sanitisers was not advisable as chemicals in the liquid could damage the quality of banknotes. That prompted him to build a “heat cleaning” machine.

“That is why this machine uses no chemicals, but rather radiation heat, which is adjustable.  When set to a high level, it will kill all bacteria and viruses and I am confident that no virus or bacteria will survive the radiation. I cannot, however, at this stage explain in detail the principles behind this device as they need to remain confidential until the issues of intellectual property rights are finalised,” he said.

“However, this money disinfector will not be expensive, it is portable and takes less than five minutes to disinfect coin and paper money. It could be used at ATMs, banks and supermarkets.”

Prior to the outbreak of the pandemic, which resulted in the disruption of many lives and livelihoods, Rachuene had already tackled another potential health hazard: contaminated and polluted water with high levels of acid.

“I was in Grade 12 in 2019, I entered a science competition for learners at Segopotje Secondary School at my home village of Maijane, in the Ga-Mphlahlele area. Learners were challenged to come up with innovations to help minimise or solve threats or dangers brought about by mining operations in our area,” said Rachuene.

“I immediately saw the harm caused to the ecosystem by water disposed of by mines that was left to flow sluggishly through our area and nearby Lebowakgomo township. I tested the water and found that its pH level was high, which means it contained too much acid. This water is not drinkable and is also harmful to fauna and flora.”

Having identified the problem, the student ventured no farther than the fence surrounding his parental home where he collected discarded materials. Using these, he built a machine that could purify the polluted water and make it safe for human and animal consumption, while also being eco-friendly.

This invention earned him recognition and rewards in the form of a printer and laptop, as well as a bursary from the Department of Mineral and Energy Resources, which now funds his studies.

“In fact, this machine cleans and remove odour, metals and all impurities from most liquids such as urine, sewage and polluted water. It can also turn soft drinks and consumable juices into still water. It purifies water until it qualifies for Blue Drop status. This machine uses only two processes, which must remain confidential until I get a proper deal to protect my intellectual property rights,” he stated.

Rachuene explained that for both his two inventions he did not buy a single part or component, but rather used discarded items that are readily available.

“Why should I buy parts when there are many unwanted things to harvest parts from at home? I believe in recycling as much as possible to not harm environment any further.”

Rachuene said that he derives inspiration from great inventors and physicists of yesteryear, such as Albert Einstein (1879-1955) and Isaac Newton (1643-1727).

While waiting for someone to assist him to turn his prototypes into real-life solutions, he is already brainstorming new innovations and concentrating on his university studies. – Health-e News