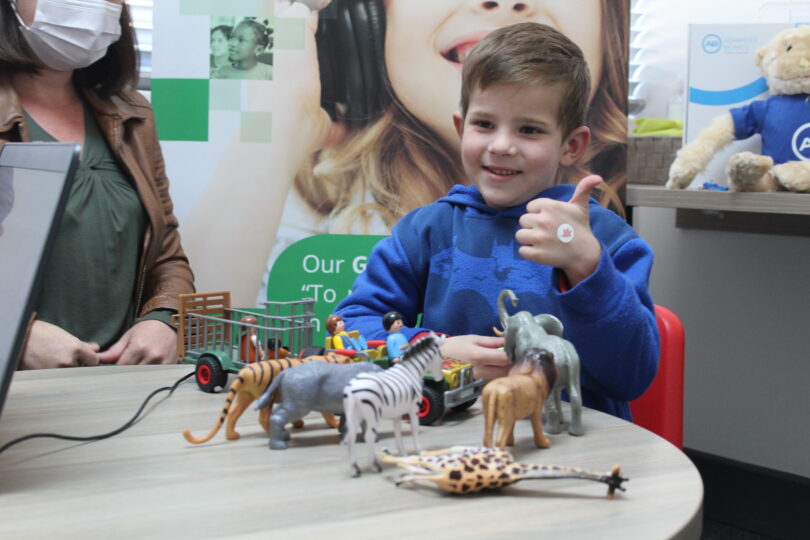 Ruben Scheepers, although a little tentative at first, soon realised what was happening and gave his cochlear implant a thumbs-up. (Photo: supplied)

The Foundation for Children with Hearing Loss in Southern Africa has stepped in to secure sponsorship for six-year-old Ruben Scheepers’ life-changing cochlear implant operation. Watch him hear for the first time in this video.

Ruben Scheepers is a six-year-old boy who was born hearing impaired. He is currently a learner at the Eduplex Institution, where he was also identified as a candidate for a cochlear implant, due to his progressively deteriorating hearing.

The operation involves the implantation of a small electronic device that electrically stimulates the cochlear nerve, used for hearing.

Unfortunately, not being on medical aid and facing financial difficulties, the R400 000 procedure was beyond the means of Ruben’s family. He has been using a hearing aid while his family attempted to raise the money.

However, with the help of the Foundation for Children with Hearing Loss in Southern Africa, Ruben was fortunate to receive sponsorship for his cochlear implant operation. An elderly patient, known as Uncle Smit, donated his own money for the procedure to the youngster.

Watch the video below to see Ruben hear for the first time: 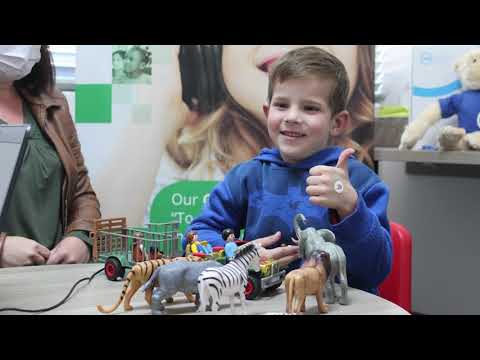 Greatest gift of all

Uncle Smit had previously cancelled his cochlear implant surgery three times, fearing that he might contract COVID-19 in hospital.

Ruben recently had the opportunity to hear properly for the first time. When doctors switched on the device, he seemed a little bewildered at first, but with a smile on his face he promptly touched his ear, acknowledging the sound.

“Contributing towards the gift of hearing or to just make a difference in a deaf child’s life is beyond just giving a donation, it’s investing in someone’s life. It’s about that extraordinary impact on the lives of the child, his family and his future. It’s really a journey that you walk with a beneficiary to see the impacts of your donation,” said Erika Basson, manager of the foundation.

According to the foundation, there are new possibilities for children with a hearing loss due to:

The Foundation has also established Eduplex, a mainstream school for inclusive deaf education, which serves as a model for inclusive education internationally. Since its inception, Eduplex has achieved a 100% Grade 12 pass rate with many of their learners attaining subject distinctions. – Health-e News