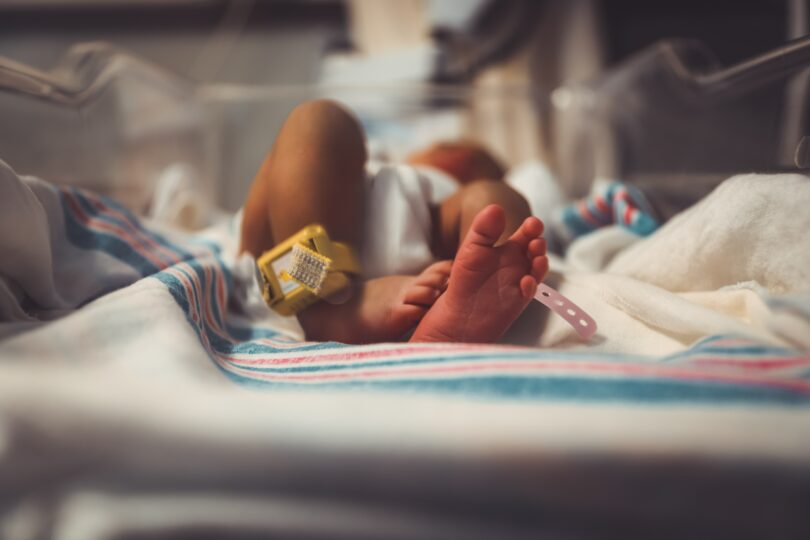 The DA has laid charges of culpable homicide and negligence following the baby's death at the Madimbo Clinic in Musina. (Photo by Charles Eugene on Unsplash)

A Limpopo family has been left to pick up the pieces following the death of their baby a day after she was born outside the gates of Madimbo Clinic in Musina.  Together with the family, the DA has since laid charges of culpable homicide and negligence following a shocking series of events.

The child’s grandmother, Christina Ndou, is struggling to come to terms with the newborn’s untimely death earlier this month. This, after the heavily pregnant mother was allegedly refused entry to the clinic by security guards on the instruction of a nurse who was still sleeping before her shift was scheduled to start.

Ndou told Health-e News that she no longer finds joy in anything and is struggling to cope.

“My granddaughter has passed away and is another blow to my daughter-in-law. First, she was humiliated by giving birth outside a clinic with no privacy, and now her baby has passed on,” she said.

“Both her and her husband are unemployed and they have a two-year-old daughter to raise. I have no money to pay lawyers to make government pay for what this clinic did to her. I earn peanuts as a hawker here in Johannesburg, so how can I pay lawyers?”,  Ndou asked.

“When I got the message she was in labour, I immediately phoned someone at home to hire a car to take her to the clinc – only to be refused entry and ended up giving birth outside. The story we got from Madimbo Clinic is that the baby died from the cold after inhaling cold air during delivery. I have a strong feeling other terrible things occurred during the birth in the open,” she lamented.

Following the incident at Madimbo Clinic, the DA visited the Musina police station on 8 September to lay charges of culpable homicide and negligence.

“It is alleged by the parents of the deceased baby, along with eye witnesses at the clinic on that morning (1 September), that the death came about as a result of the baby having dropped onto the ground during the birth,” claimed DA health spokesperson and member of Limpopo Provincial Legislature, Shahima Maharaj.

The Limpopo Department of Health has welcomed legal action by the DA following the death of a baby that was delivered outside #MadimboClinic last week. #LimpopoHealth NM pic.twitter.com/m45SFX7kgD

” The DA has laid the charge against the nurse and the department as we are determined to ensure a transparent investigation and accountability for the uncaring manner in which the mother was treated. There should have never been a scenario in which a pregnant mother is denied entry, and a baby is born outside the gates of a clinic that is meant to be operational,” Maharaj explained.

Limpopo provincial police spokesperson Brigadier Motlafela Mojapelo said, “We can confirm that a case of culpable homicide has been opened and investigations are unfolding.”

However, the Health & Other Services Personnel Trade Union of South Africa (HOSPERSA) has accused the DA of trying to score political points.

“The action by the DA is something, we cannot as Hospersa entertain now, as it is a clear case of political points scoring. But what we do know is that as a union, we are going to vigorously defend any of our members who must attend hearings by their employers which is the Limpopo Department of Health,” said Ngewenya.

The Democratic Nursing Organisation of South Africa (DENOSA) has also lashed out at the DA for entering the fray.

Provincial secretary Jacob Molepo said: “Denosa in Limpopo takes note of of the desperation of the DA to enter any terrain in the mobilisation for local government elections. The nurse who is on suspension was not on duty, was sleeping and when the security officer knocked on the door she managed to wake up and go to the gate”.

“Unfortunately, when she arrived, the woman was in the process of delivering the baby and she (the nurse) managed to assist both mother and baby. She even called the ambulance to take the mother and baby to the hospital for further management and care,” said Molepo.

DENOSA called on the department not use nurses as scapegoats for its failure to provide 24 hour service in clinics.

“We call on political parties to play their political games outside the workplace and stop interfering in workplace matters,” added Molepo.

The provincial health department has not responded to queries by Health-e News on the DA’s opening of criminal charges against the nurse.

But in an earlier media statement on 1 September, department spokesperson Neil Shikwambana said a nurse has been suspended after a pregnant woman gave birth outside the gates of the Madimbo Clinic.

“The clinic does not operate 24 hours but works on a call system. The nurses sleep at the clinic premises and when a patient presents to the facility with an emergency, they are expected to wake up and assist,” read the statement.

A recent Ritshidze third quarter report (April to June 2021) on the state of health in Limpopo showed that 51% of patients surveyed in 17 facilities across three districts, Capricorn, Mopani and Vhembe, felt unsafe waiting outside clinics in the early morning.