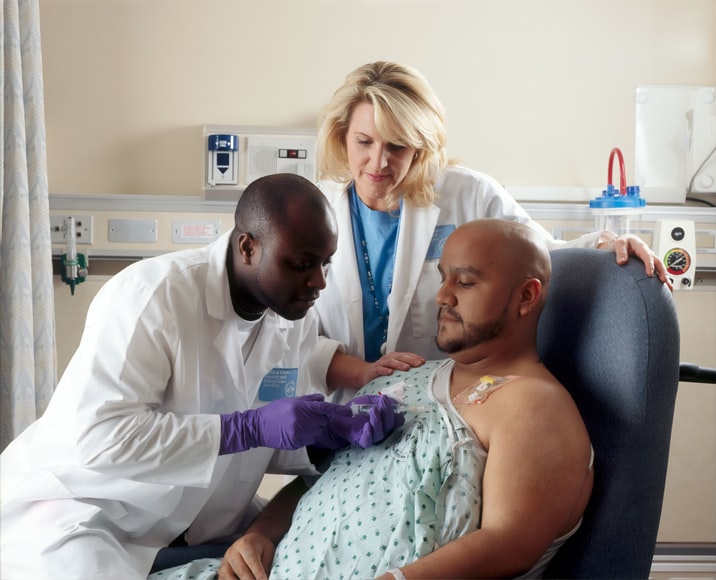 A mere 1 to 3% of all breast cancers occur in men in South Africa. (Photo by The National Cancer Institute on Unsplash)

Breast cancer in men: Ignorance – the No 1 danger

Most men think breast cancer is a disease that only affects women. It’s this train of thought which proves to be dangerous since most males are only diagnosed at a later stage. Kelvin Woods is a perfect example after ignoring a lump under his right nipple.

The Breast Health Foundation recorded that in South Africa, 1-3% of all breast cancers happen in men. Statistics have shown that one in 28 women in South Africa may develop breast cancer in their lives. This represents about 25% of all cancers in women.

“The incidence of breast cancer among South African women is increasing and it is one of the most common cancers among women in South Africa. Although it predominantly affects woman, it can also affect men,” said Malherbe.

He said that breast cancer is a problem in men because they tend to be diagnosed at a later stage due to ignorance.

Woods said he thought nothing of it after discovering a small lump underneath his right nipple in 2014.

“I had no idea what it was.  I thought it could be a bug bite or something like that. So I didn’t really pay much attention to it. A few months later, I decided to get it checked out,” he explained.

“I went to a doctor to check it out and they did a biopsy and gave me bad news. It was early stage 2 breast cancer. It did not spread to lymph nodes or any other parts of my body so I was lucky. However, the process itself was a tough process,” said Woods.

‘This doesn’t happen to guys’

The 56-year-old said he went for surgery and chemotherapy after his diagnosis. He admits that having breast cancer was a difficult topic to discuss with his family.

“I  got it removed. I had chemotherapy for six and half months and it was a tough process. It’s really hard to talk about breast cancer in men and it was really tough to tell my children, grandchild and my family about my situation.”

The most common sign of breast cancer is a new lump or mass. A painless lump that is hard and has uneven edges is more likely to be cancer but some cancers are tender, soft and rounded. You need to have anything unusual checked by a doctor.

“Early detection of the condition can lead to effective treatment and a positive prognosis. About 90% of patients survive for many years after diagnosis when breast cancer is detected at an early stage. Presenting yourself early may result in more effective treatment, leading to a reduction in pain and suffering and a significant decrease in the loss of life,” said Malherbe.

Breast cancer may be genetically inherited. However, poor dietary and lifestyle choices such as smoking and alcohol abuse are some of the leading contributing risk factors.

Dr Manala Makua, the National Health Department’s Chief Director for Women and Maternal Health, said the problem with breast cancer is that it doesn’t have a direct cause.

“Breast cancer, unfortunately is one of those cancers that do not necessarily have a direct cause and therefore reducing the incidents really talks to the lifestyle modification. There are certain things that are associated with increasing the risk of developing breast cancer but not necessarily causing it,” she said.

Makua said it’s important to undergo breast examinations at least once a year. This is especially important if you’ve had immediate family that have been diagnosed with breast cancer.

“The important thing is to know your family history. If you have a family relative that had breast cancer, then your chances of developing breast cancer are high. We always encourage them to do routine assessments. These are the patients you send for an annual MRI or sonagram to make sure that we pick up the cancer as early as possible,” said Makua. – Health-e News