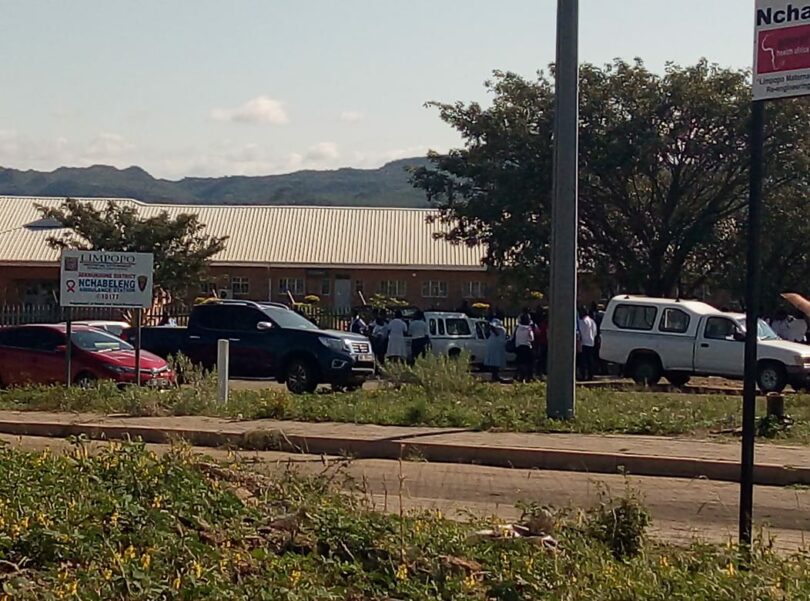 The Sekhukhune District Municipality Executive Mayor has promised to relay the residents' concerns to Health Minister, Dr Joe Phaalha who hails from this area. (Photo: supplied)

Apel residents in the Sekhukhune district in Limpopo are up in arms following the provincial department of health’s reluctance to upgrade the Nchabeleng Community Health Centre into a 24-hour hospital.

The Nchabeleng Community Health Centre at Ga-Nchabeleng village initially operated as a 24-hour facility but has been non-functional since the end of August. It had since been downgraded to 12 hours.

This decision has infuriated residents as tensions between communities and the Limpopo Department of Health rage on.

Magalane Mahlatji, 72, has been collecting her hypertensive medication and attending consultations at the centre since 2001.

“I got my last pack of pills from the centre at the beginning of August. There was already talk that the centre might close down and it made me very unhappy. And today, it’s become a bad reality. I have since spent over R200 on transport costs to get my medication from the Jane Furse hospital which is far,” said Mahlatji.

She added: “There are a lot of women who rely on this facility for care during pregnancy and delivery of their babies. This means that they are left to fend for themselves in the cold.”

Another patient, David Tebeila, suffers from asthma and usually spends R12 on a single trip via taxi to get his medication at the centre. This would occur monthly barring his condition didn’t worsen.

Dreams of a hospital

“I was looking forward to the Health Centre becoming Nchabeleng Hospital one day as promised. But this isn’t happening and it’s like a bad dream. The centre isn’t working and we have to spend up to R70 travelling to Jane Furse,” said the 39-year-old.

“We all know how unpleasant it is to wait in a long queue at public hospitals and sometimes return without being seen or having to wait overnight. Can the government please just listen to us and make the centre a hospital instead of reducing staff and working hours?”

Kgosi Komane Nchabeleng, the royal traditional leader of the Ga-Nchabelenge village, said the latest developments had left many disappointed. The lack of progress has made it difficult for leaders like him to stem the people’s anger over the centre’s demise.

Nchabeleng used a rather unrelated platform to publicly express his unhappiness about the health facility recently. Speaking at a school safety roadshow about anti-bullying, he deviated from his speech and went on to complain about the collapse of the community’s health centre.

He directed his concerns at a number of ministers including the deputy minister of Basic Education, Dr Reginah Mhaule, Deputy Minister in the Presidency, Pinky Kekana, Deputy Minister of Justice and Constitutional Development, John Jeffrey and Limpopo Education MEC, Popy Boshielo.

“I’m not the only one worried. It’s all the residents and traditional leaders in the neighbouring villages. I have resolved to boycott your courtesy of offering my entourage and I tea every time we visit government offices. Our people think we only come to you to sip tea instead of telling you to deliver on your promises,” said Nchabeleng.

“People are angry and it is no longer easy to control them. Some, on their own, have disrupted operations at the health centre in protest,” he continued. 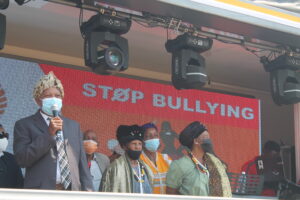 ‘I am an ambulance’

In a follow up interview with Health-e News, Kgosi Nchabeleng said he’d jumped in to help his people.

“I am already in the thick of things, not only talking. At times, I offer transport to take desperate people to Jane Furse hospital which is over 60km away. I am an ambulance, I have personally driven some to the hospital. Yes, the health centre might be on our land and named after us, but it belongs to all people. So, government leaders should wake up before it becomes late.”

Making sense of it all

“But the legal action was withdrawn after it was agreed the matter would be settled out of court. Ramathuba promised to continue with hospital implementation plans but nothing has happened thus far. Instead, we are seeing  a downgrade from a 24-hour to a 12-hour facility,” said Raphiri.

He said some angry community members have taken it upon themselves to temporarily close down services. However, they still allow nurses, emergency medical services (EMS) personnel and other allied workers to report for work but not perform duties.

“It is a dire situation and we urge Ramathuba to show sympathy to our people by intervening urgently. No one rejoices seeing our health centre not working. We have run out of strength to control angry villagers,” Raphiri stressed.

The Limpopo Department of Health denies shutting down Nchabeleng Community Health Centre and placed blame squarely on the community.

Spokesman Neil Shikwambana says the health centre was assessed and deemed unsuitable to be turned into a fully fledged hospital, and that the community was informed of this.

“It is not possible that we can have a hospital in each and every village. In the department we utilise every service where we have clinics and community health centres, district hospitals, regional hospitals, tertiary and academic hospitals. All these facilities are functioning as a unit.”-

Shikwambana added that initial attempts to expand the clinic operating hours failed as the  residents wanted jobs in the facility to be given only to people who live in the area.

The Democratic Nursing Organisation of South Africa (DENOSA) said nurses and other workers were still at the centre but frustrated by not being allowed to perform their duties.

“The provincial department of health wants to deploy them but community members ordered them not to go anywhere. Residents fear that once these nurses and allied services including general workers are let go, the department will not take them back because of their ulterior motives to ultimately close down the health centre”, said Jacob Molepo, DENOSA Limpopo Provincial Secretary.

“We urge the department to resolve this crisis with affected communities. The department should involve us on labour issues caused by this impasse. And while this standoff continues, we demand that employers ensure that our members feel safe at their workplaces,” Molepo said. –Health-e News