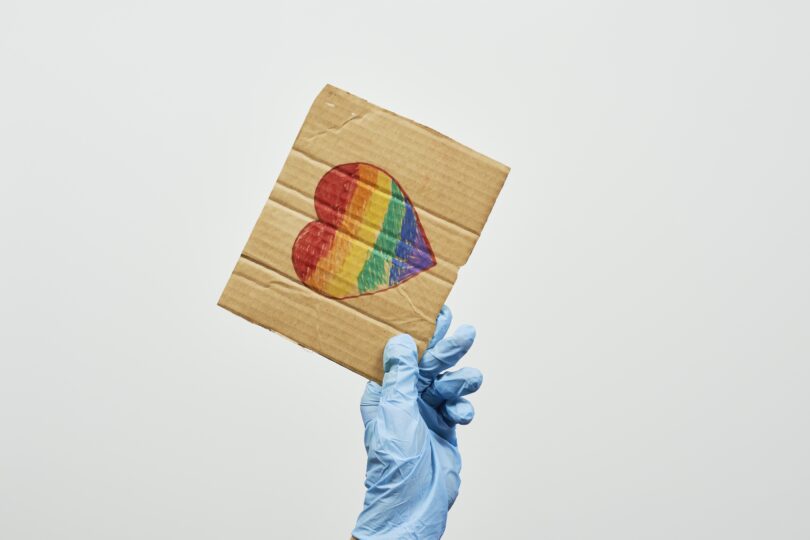 We are fighting a war – LGBTQI violence activist

An LGBTQI sexual violence survivor and activist is fighting tooth and nail to raise awareness about the challenges they face in their communities.

A life dedicated to awareness

Makondo, 27, has given her life to raising awareness about the lives of the LGBTQI community. As a young person, she grew up being denied access to healthcare facilities because she was gay.

“I’d be called all sorts of things and one day I was told to stay alone in a service room at the clinic because a male nurse said he cannot help any s $&%t man,” she said.

Makondo had a near-death experience when a man pulled out a knife eight years ago.

“I was stabbed in 2014 just because I’m gay. Ever since then, I’ve become thankful because it forced me to be brave and a fighter. I am not weak and live a life full of grace,” she said.

She said there is still a war raging against the LGBTQI community.

“LGBTQI people face higher rates of poverty, stigma, and marginalisation, which put us at greater risk for sexual assault. We also face higher rates of hate-motivated violence, which can often take the form of sexual assault. Moreover, how society both hypersexualizes LGBTQI people and stigmatizes our relationships can lead to intimate partner violence that stems from internalised homophobia and shame,” said Makondo.

She concluded that men were the main instigators of violence and stigma within the LGBTQI community.

“Get to know us before jumping to conclusions. The LGBTQI community is suffering. Some are being raped, some face abuse and some are just born like that. We come from different backgrounds so there’s no need to judge us without knowing our tomorrow,” Makondo pleaded.

“No one else is treated as badly as we are. The LGBTQI community is subjected to offering explanations about their sexuality. At private facilities, we don’t have to and that’s why I’ve opted to use them rather,” she said.

It is estimated that nearly one in 10 LGBTQI survivors of intimate partner violence (IPV) has experienced sexual assault from their partners. Studies suggest that around half of transgender people and bisexual women will experience sexual violence at some point in their lifetimes.

Chabane added: “As a community, we rarely talk about how sexual violence affects us or what our community’s unique needs are when it comes to preventing sexual assault and supporting and caring for survivors of sexual violence.”

The usage of culture, religion and beliefs has sidelined many LGBTQI communities.

The recent Presidential Conference on gender-based violence and femicide (GBVF) placed LGBTQI under the spotlight.

According to the Institute for Race Relations, South Africans know about LGBTQI.

“Six out of 10 South Africans know someone who is gay or lesbian, and some 61% disagree or strongly disagree that being gay, lesbian, bisexual, transgender, or intersex should be a crime,” said the organisation.

Compared to other African countries, South Africans are twice as likely (40%) to agree that gay marriage should be legal.

A section of the report – “Out in Africa” – assesses continental tolerance, finding that education plays a crucial role in the perception of homosexuality, with tolerance for homosexuals being highest (31%) among people with a university degree.

South Africa, at 67%, is second only to Cape Verde (74%) in demonstrating high tolerance for having LGBTQI neighbours, while Senegal (3%) places last. – Health-e News