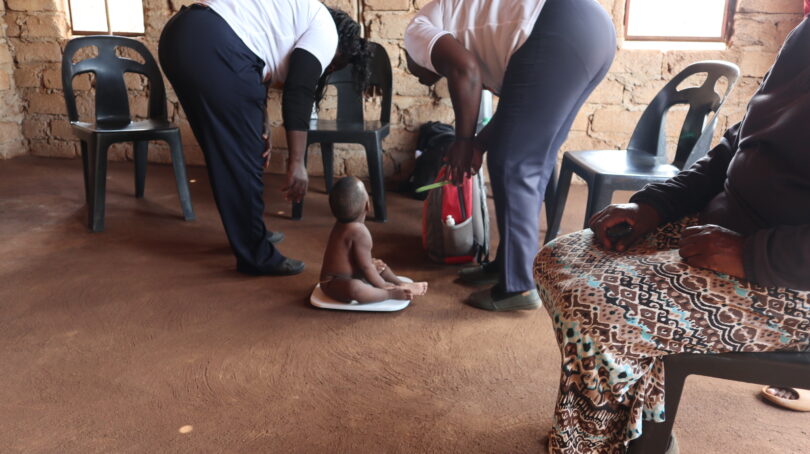 South Africa is likely to experience even more malnutrition and obesity as the power crisis affects the quality of food children eat. Dr Edzani Mphaphuli, Executive Director at Grow Great,  said the impacts would be more apparent in about two years.

The country faces a double-edged sword of stunting on one edge and obesity on another. Mphaphuli said the poorest children were the most severely affected. Some areas in the country experience load shedding for longer periods than others. Last year the University of Johannesburg released a study showing the inequality and racism in load shedding based on areas and townships in Gauteng.

“Child nutrition is impacted negatively. Our gains as a nation in ending stunting and managing child nutrition will see a drawback. We will see how much impact it will have within the next two years when children born over the past few weeks and months are growing,” said Mphaphuli.

She said sustained, sometimes unpredictable power cuts lowered the quality of nutrition offered to children at early childhood centres, schools and homes. Food suppliers to schools face a daily struggle to prevent meals from spoiling as fridges don’t work for hours because of loadshedding. Food prices have also increased due to how load-shedding has impacted the entire agricultural sector.

According to The Outlier, the December 2022 food basket of staples from six grocery shops cost R385.87 (the cheapest) to R417.21 (the most expensive).

“Children don’t receive as much nutritional value from non-perishable items, fresh food is always best. Load shedding pushes them to default to using the canned items to combat the fridges that won’t work, limited storage spaces, and the disruption in their schedules to make for cooking time.”

“People are leaning towards fast food because they don’t have time to prepare meals. This creates a bad culture within homes, replacing cooking healthy nutritious meals for children with buying them carbohydrate and fat dense items like burgers, pizza, magwinya and slap chips.”

Unfortunately, the poorer a family is, the less nutritional value the fast food they consume would be.

“The danger in the increased reliance on fast food makes it so that even when there is electricity, children prefer the quicker and easier option, the less healthy option.”

Just checked my schedule for next week…. I don't know what I'm gonna feed these kids. They prefer a home cooked meal. I'll be at work 😞 our bosses won't let us work from home. At least then I'll start cooking at 3pm before load shedding. 4pm-8pm bathong! Yoh ho tlhaka tlhakane

Mphaphuli said the power crisis also made it difficult for breastfeeding mothers to store their milk safely. This is another way that load shedding impacts early child nutrition and motherhood.

“When mothers go back to work or have to separate from their infants for some time, they can no longer pump milk and then store it in the fridge because it is most likely to be off for hours and spoil the milk.” Mothers are then forced to opt for formula, which does not come close to the nutritional value or any protective factors breastmilk provides babies. It is also expensive.

“At times, mothers don’t have the electricity to boil the water to make the formula. It’s given to the child diluted, and then the children don’t grow as they should.”

“How do you sterilise your bottles if you were using your microwave to sterilise those bottles and don’t have electricity in your house? How do you boil the water to make the formula if the child is unfamiliar? And also, if you are a mom who previously made your food, pureed it and put it in the freezer, it’s likely to get spoiled.”

This is especially difficult for mothers of very young children.

Mphaphuli said that the country would most likely see children growing up with poor immunity, exposed to continuous bursts of diarrhoea, and unable to grow correctly. This results in an unchanging child health standard that will devastate the country further.

Food storage and quality in schools

“In the more rural areas, food isn’t stocked in refrigerators. We know this because we have been researching the NSNP,” said Baone Twala, a researcher at Section 27, specialising in the right to health, including food.

Elijah Mhlanga from the Department of Basic Education said that the school NSNPs are not experiencing significant challenges due to load shedding because many have been using gas or wood fire to cook.

“In schools where there isn’t sufficient storage available, the supplier is asked to bring the food in the morning to be cooked. The initial plan was not really to deal with load shedding but to manage food in the school to ensure food remains safe from food poisoning,” he said. – Health-e News