Donald Fraser Hospital recently went a without running water for a week after a pipe burst. 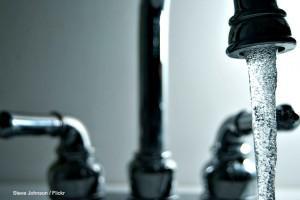 The Department of Health blamed a burst pipe for the shortage, which was fixed after about a week.

Patients reported washing with cold water given to them in small bowls for days after a pipe burst at the hospital in late August. Nurses said they could not use the toilets at work and had to wait to relieve themselves until they returned home after shifts.

Patients had no other choice but to use the facility’s toilets, which could not flush due to the lack of water.

“We are forced to use the toilets even though they do not flush,” said one patient in the male ward. “As a result, there is a strong smell that comes from the toilets which makes it difficult for us to cope in the ward.”

Limpopo Department of Health spokesperson Macks Lesufi blamed the water shortage on a burst pipe. This pipe was fixed on 5 September after a visit from the Department of Water Affairs and Forestry and municipal workers.