Home » While you were sleeping 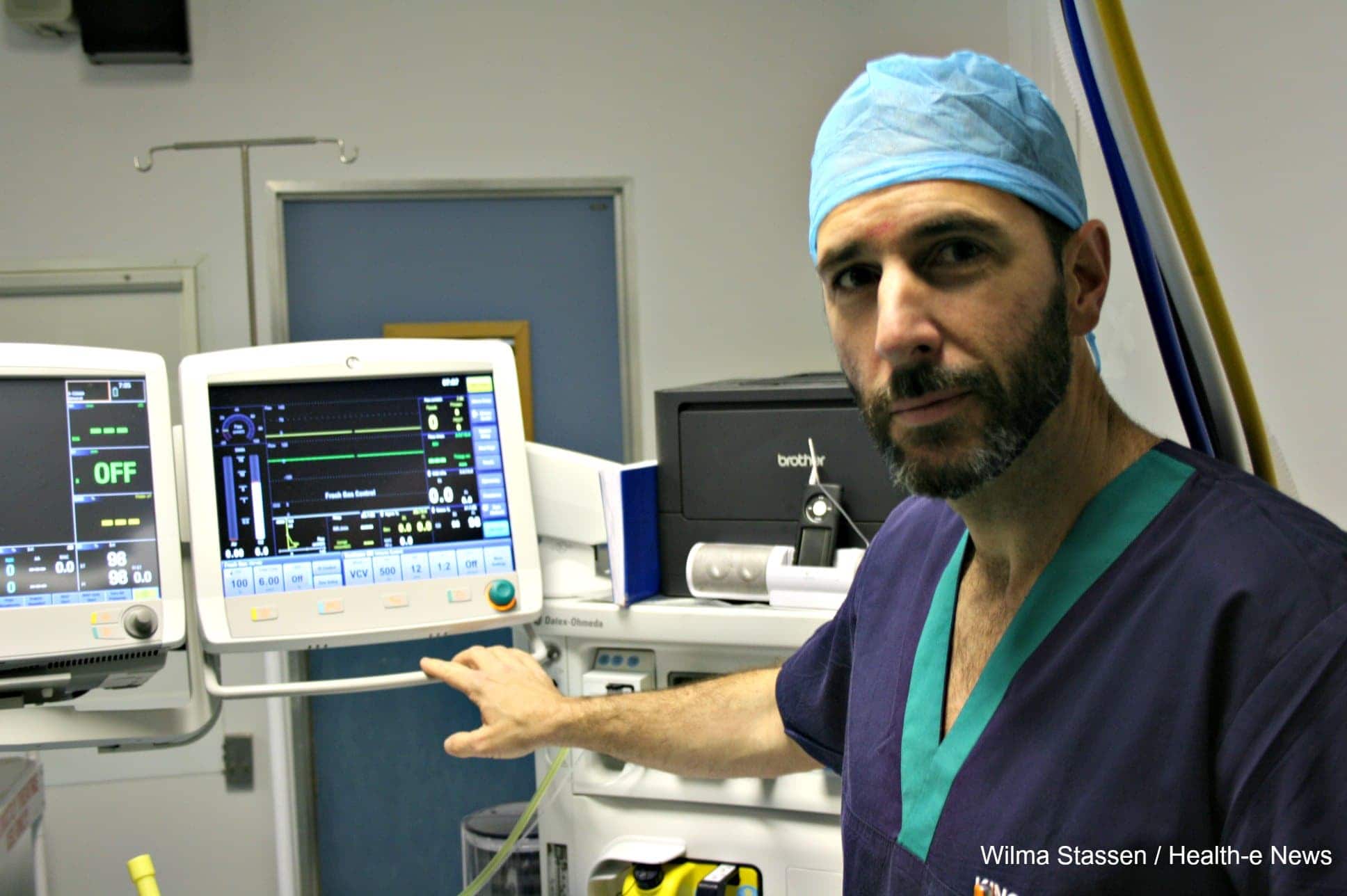 An anaesthetist is not only responsible for putting you to sleep before surgery – they also have to keep you alive during and 24-hours after an operation. 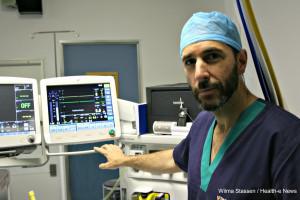 At the crack of dawn anaesthesiologist, Dr Dirk van Zijl, is getting the operating theater ready for surgery.

Most people think of an anaesthesiologist (pronounced ana-stee-see-olo-jist) as the person who puts you to sleep before you go into surgery. That’s not completely wrong, but an anaesthesiologist’s job is quite a bit more involved than that – as their price tag might suggest.

We spent a day with an anaesthesiologist to find out what they do while you are sleeping.

On a raining May morning, I meet Dr Dirk van Zijl at Cape Town’s Kingsbury Hospital at 6:30am – the time Van Zijl starts work to be ready for the first surgery at 7:30am.

“I actually start preparing for an operation the day before. I read the doctor’s report to familiarise myself with the patient’s condition and meet them to discuss any concerns, and to talk about rates and payment,” says Van Zijl.

According to the National Health Act, anaesthesiologists are required to discuss fees with patients before surgeries. Anaesthesiologists charge about R3000 per hour. Most medical schemes don’t entirely cover these fees, which leaves patients footing the rest of the bill.

Anaesthesiologists are doctors who’ve completed the six-year degree, followed by at least another four years of study to specialise in anaesthesiology.

Getting ready for action

While most people are having their morning coffee, Van Zijl prepares the theatre for surgery – checking equipment, selecting a playlist for the surgery (apparently surgeons like that), and preparing the patient’s drug cocktail.

This consists of a muscle relaxant to prevent you from moving (you wouldn’t want a twitch to cause the surgeon to cut into a vital artery when he’s supposed to be removing your appendix); medication to control pain and nausea after the operation; and antibiotics to fight infection.

“This is what killed Michael Jackson,” said Van Zijl, measuring out a dose of the powerful anaesthetic Propofol. Schedule 6 and 7 medication – mostly pain medication, anaesthetics and stimulants like ephedrine (also used to make tik) –are kept in the theatre’s locked metal cabinet. These drugs are fare for anyone looking for a high from cleaning staff to doctors and theft is not uncommon, hence the extra security measure.

“Anaesthesiology is sometimes called ‘the stiff profession’ – because you are either bored stiff or scared stiff,” Van Zijl gaffes. “A routine operation can turn into an emergency when a person’s heart starts beating irregularly, they have an allergic reaction, there are complications during surgery, or the patient goes into cardiac arrest (the heart stops beating).”

Anaesthesiology’s greatest dangers are allergic reactions to medication and drug interactions. That’s why anaesthesiologists need to know everything about drugs – and not just those they administer, but any drug that could interact with the anaesthetic.

Once the theatre is prepped and the surgeons are ready, the anaesthesiologist collects the patient, gets them into position on the operating table, and puts them to sleep.

“Anaesthesiology is often compared to flying: a dramatic take off, a stable flight, and a dangerous landing. We are busy before and at the start of surgery, then things calm down during surgery, and the most dangerous part is waking the patient up – that’s when most of the complications happen,” Van Zijl tells Health-e News. 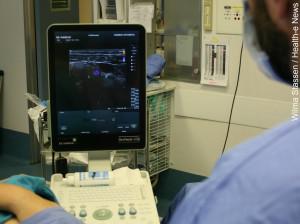 While the surgeons focus on whatever brought you into theatre, the anaesthesiologist’s job to keep you alive.

Also, both sleeping and the anaesthetic make your heart rate drop so it has to be closely monitored to prevent it from dropping so low it compromises blood and oxygen flow throughout your body. As surgery progresses, an anaesthesiologist monitors your vitals, using medication to correct any deviations and ensure you stay as stable as possible until you are sewed back up.

Their work’s not done when you wake up either. They monitor you up to 24 hours after a surgery. If you die during that time, your death may be anaesthesia-related and an investigation must be done to ensure it wasn’t negligence.

In Van Zijl’s nine years of practice, he’s only had one death – an elderly lady who had a heart attack in theatre. After a full inquest, Van Zijl was cleared of any wrongdoing.

“On the up side, there are also surgeries that are happy occasions, like births, or pulling a patient through who came close to death,” says Van Zijl, recalling a case where he helped save a shark attack victim.

“Anaesthesiology is a high-intensity job, but I love it, because every patient is different, and every day brings something new,” says Van Zijl.

We’ve all heard stories about people being “awake” during operations, but being unable to move or alert anyone to their consciousness. Turns out it’s not a myth, it’s entirely possible, says Van Zijl.

This can happen when an anaesthesiologist does not administer the optimal amount of anaesthetic because of a medical condition or faulty calculations. Meanwhile paralysis caused by the muscle relaxant that stops a patient from moving also prevents them from alerting someone that they are awake.

The good news is that local anaesthetic, which numbs a specific area where surgeons are working, is also used during surgery so if a patient is “awake” during surgery, it’s unlikely they will feel pain. He or she will only be aware of people working on their body and hear what is going on around them like one does at the dentist.

Thankfully this is quite rare and only occurs in about one in every 10 000 cases. – Health-e News.

An edited version of this article was also published in the Pretoria News.