Born blind, abandoned by her parents, then gang raped and contracting HIV, may be too much for any one person to handle in one lifetime.

But not for Nthabiseng Moloi, 30, from Qwaqwa in the Free State. Her resilience, the love of her foster mother and later her fiance, helped turn her life around. This is her inspirational story

“I was born blind, my foster mother tells me,” says Nthabiseng Moloi, sitting in the Free State winter sun.

“My parents didn’t want me because of my blindness so they left me on the streets to suffer.

“When I was only six, I was moving from place to place and I had to learn how to survive.

“A few years after they abandoned me, I was raped and that’s when my foster mother, Melita Mofokeng, found me, on the streets, bleeding.

“I was taken to Mofumahadi Manapo Mopeli Regional Hospital (COR) where they discovered that I was raped by many men and they then ran some tests and found out that I was infected with HIV.

[quote float = right]My parents didn’t want me because of my blindness so they left me on the streets to suffer.”

“I was hurt and crying. I asked myself questions that I couldn’t answer. But (Mofokeng) had the courage to step in and take me to her home. She ended up adopting me, without ever judging me. She didn’t have children of her own and I became her child.

“I lived with her and she made sure that she took care of me in any way she could. She even sent me to school to study. I listened to her because she was now my mother.

“At the age of 25 I met a loving man, Thapelo Mokoena, and we became friends. He was not blind but he still managed to stick by me. As time went by we decided to date each other. He is so supportive and always here for me.

“I am so grateful for my foster mother who has become the mother I never had. I am now a grown woman and a motivational speaker. I go to different schools and churches to motivate people. Even though I am blind I adhere to all my ARV medication and I am determined to lead a positive life.”

Mokoena said he loves Moloi. “I knew about her blindness and I loved her more and vowed to take care of her. As time went by she sat with me and told me her life journey and how she was infected. I was shocked but my love never faded. I didn’t stress too much and I accepted her the way she was,” he said.

Moloi’s mother said: “Nthabiseng is my child no matter what – now I am a proud mother. I never thought I would have a daughter but I found one in her. I will always be there for her to guide her.”

Thabo Mokoena from Love Life said they love working with Moloi. “She is such an inspiration to other people and she is so strong – we are very impressed with her. – Health-e News

Months after Ha-Mashau residents in Limpopo watched a man die as he waited for an ambulance for more than three hours, the community of more than 15,000 says their cries for a dedicated ambulance for the area continue to go unheard.

Sports over sex – that’s the message that Limpopo social worker Peggy Mulaudzi is preaching to the province’s youth. 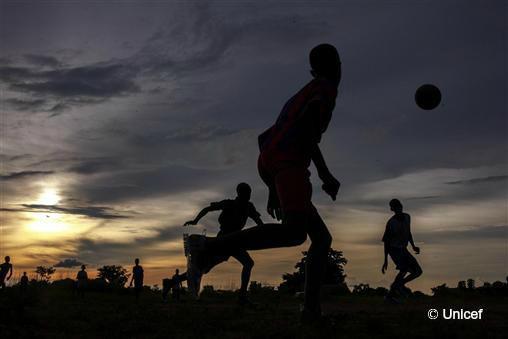 On World Diabetes Day, South Africans do not have much to celebrate. For Melanie Pandoor, a recent diabetic amputee, this rings true.