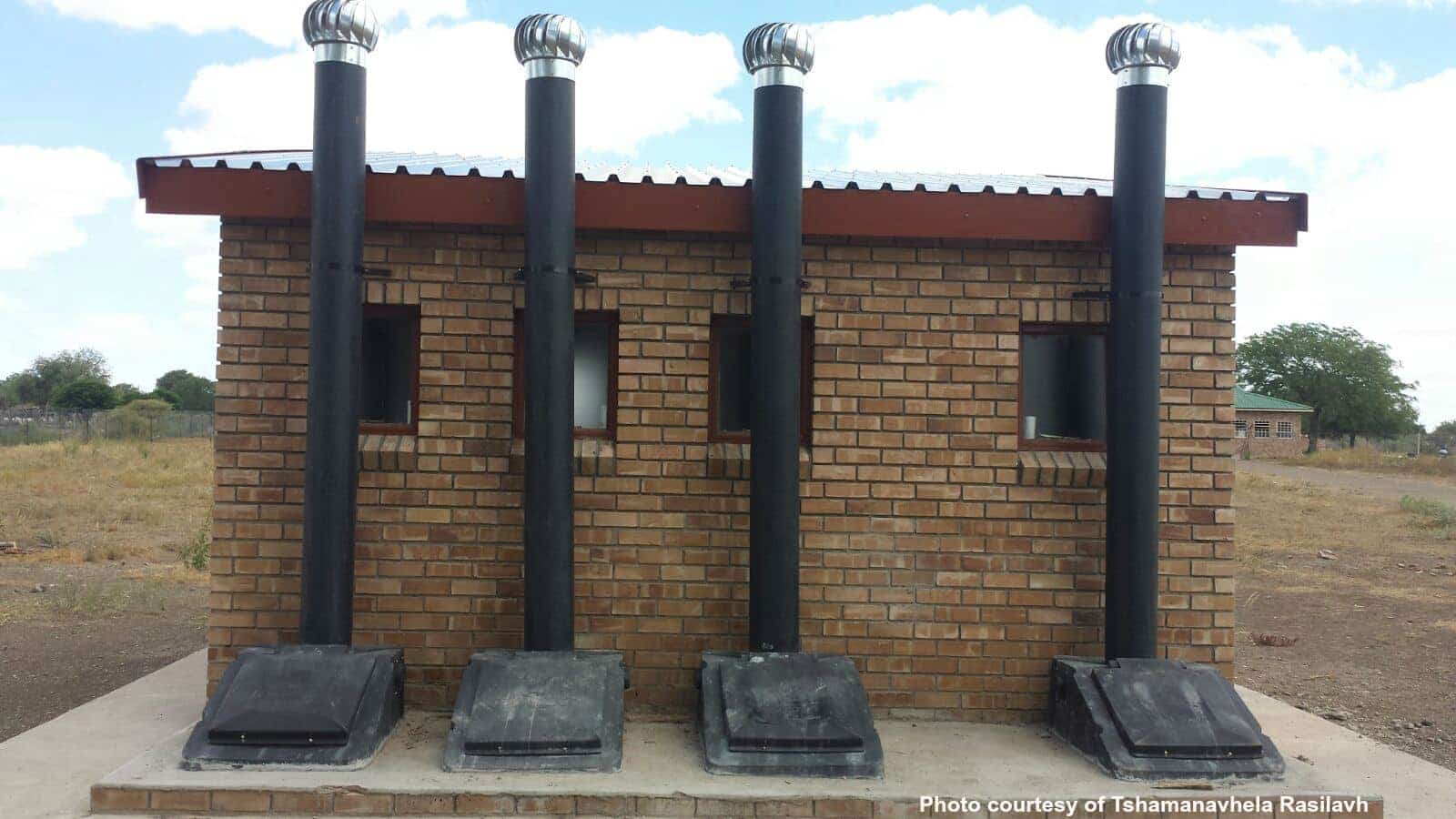 Johannesburg web developer Mulalo Simeti grew up in rural Limpopo, but when she heard reports that her local primary school was collapsing, she headed home to get to work. 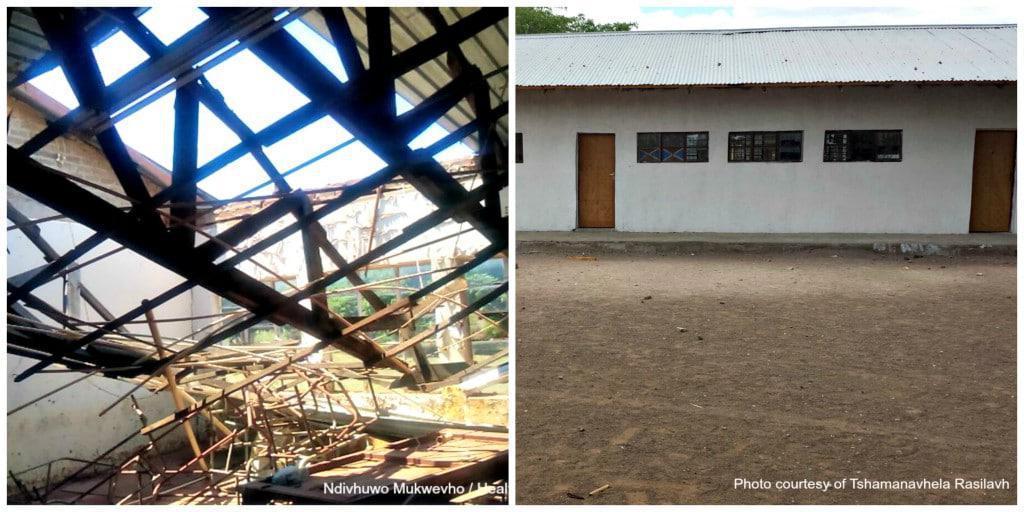 On the left, an old Bale Primary School classroom stands disused after the roof collapsed. On the right, some of the four new classrooms built by former student Mulalo Simeti

In October, Health-e News reported that about 300 learners at Limpopo’s Bale Primary School feared they would be crushed by falling roofs after they were forced to attend classes in just two rooms due to crumbling infrastructure. While concerns about the school’s safety prompted some parents to remove children from the school in early 2015, many were unable to leave the school, which is the only primary school in the area. Located about 100 km east from Musina, the school also lacked proper toilets leaving learners to go into the nearby bush to relieve themselves.

Limpopo Department of Education Spokesperson Dr Naledzani Rasila confirmed the department was aware of the school’s predicament, but said budget to address the issues would only be made available in April 2016.

[quote float= right]”As a former pupil and one of the very first children to attend primary education at the Bale Primary School, I felt it to be only fair that I give back to my home village”

But on Wednesday, pupils arriving for the first day of class were welcomed by four new classrooms and six new toilets after former pupil Mulalo Simeti began a campaign to save the school following Health-e News reports.

Originally from Niani village, about 100 km east of Musina, Simeti now lives in Johannesburg and is a successful website developer.

“As a former pupil and one of the very first children to attend primary education at the Bale Primary School, I felt it to be only fair that I give back to my home village,” said Simeti when she started her November campaign.

“As a successful individual in the community, I have to give back so that other people can also be successful one day,” she told OurHealth. “I am proud of myself because I gave back to my community.”

At the school, learners are thrilled.

“It is good and nice to have new toilets,” said nine-year-old Gundo Mulovhedzi. “We are no longer afraid for our lives when we go to the toilets because the newly built toilets are in good condition.”

“We will no longer fear for the lives of our kids when they go to school,” said Rasilavhi, who added that despite there still being a need for more classrooms to house the Grade 1 through 7 learners, it was a start.

Simeti’s campaign prompted queries from South Africans across the country about how they could help. She said she feels that successful South Africans owe it to their communities to give back.

“Other successful people must also give back and play a developmental role in their communities,” she added. “We are the ones who hold the keys that can open doors for the coming generations”. – Health-e News.