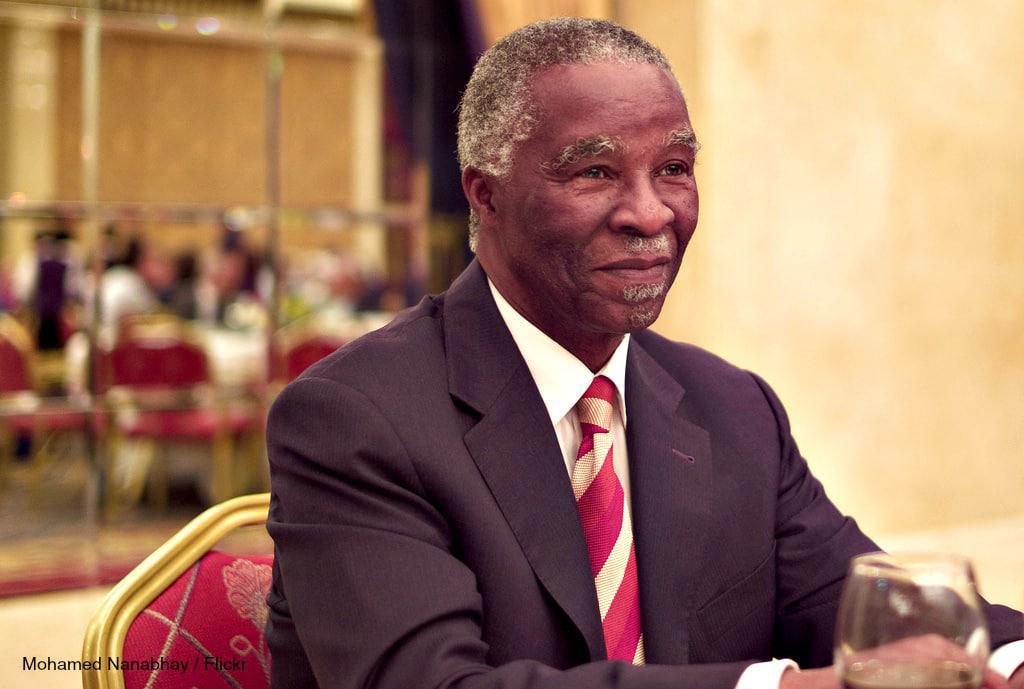 Former President Thabo Mbeki has defended his controversial stance on HIV, which has been blamed for the deaths of at least 330,000 South Africans. For Health-e News Managing Editor Kerry Cullinan, Mbeki’s letter finally answers a question that’s haunted her for years. 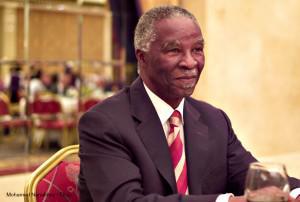 Pride Chigwedere and colleagues from the Harvard School of Public Health calculated that Mbeki’s reluctance to roll out ARVs caused the deaths of 330 000 South Africans and the births of 35 000 HIV positive babies.

I have often wondered whether former president Thabo Mbeki has regretted his stance on HIV and AIDS, given the remarkable increase in our life expectancy since he was bundled out of power.

But today, I wondered no more as Mbeki reiterated many of his bizarre beliefs on AIDS on his website as part of a series of letters he has been writing in an attempt to reframe his presidency.

While every year under Mbeki saw a decrease in our life expectancy by a year, once he was ousted and the new government adopted an aggressive approach to combatting HIV including widespread access to antiretroviral (ARV) medicine, life expectancy has grown each year by a year.

Very few countries in the world other than those that have emerged from civil war can claim such a dramatic increase, and there is widespread consensus that country’s ARV programme is one of the main drivers of South Africans living to 61 in 2015 when we were dead by 53 in 2007, Mbeki’s last year as president.

[quote float= right]”That is a typical Mbeki word game. In plain-speak, he means that he saw HIV as merely one cause for people’s immune deficiency. The other cause was poverty and its attendant problems such as poor nutrition”

Mbeki and his health minister, Manto Tshabalala-Msimang, did their best to deny ARVs to HIV-positive South Africans, describing them as “poison” and accusing the pharmaceutical industry of creating an AIDS bogeyman so that affected countries would buy their medicines.

In his letter, Mbeki forgets to mention the ARV-denying part of his AIDS legacy although during a parliamentary debate in September 2000, he warned that “if any Members of Parliament are taking these [antiretroviral] drugs, they need to have a look at that otherwise they are going to suffer negative consequences”.

Ever good at denying, Mbeki denies that he had ever said that HIV does not cause AIDS.

Instead, he admits that he said that a virus cannot cause a syndrome.

“As you know, AIDS is an acronym for “Acquired Immune Deficiency Syndrome” – therefore AIDS is a syndrome, i.e a collection of well-known diseases, with well-known causes. They are not, together, caused and cannot be caused by one virus! I said that HIV might be a contributory cause of immune deficiency,” he says.

That is a typical Mbeki word game. In plain-speak, he means that he saw HIV as merely one cause for people’s immune deficiency. The other cause was poverty and its attendant problems such as poor nutrition, according to Mbeki.

Sure, people with HIV who were poor and hungry sickened and might have died faster than those who were well-nourished. But Mbeki cannot explain why so many well-nourished, healthy men and women in their prime died once infected by HIV.

He has always refused to accept the overwhelming scientific consensus that the HI Virus attacks the cells of the body that protect us from germs, leaving us vulnerable to attack from bacteria, viruses, fungi and parasites.

In his AIDS musings today, Mbeki claims that tuberculosis (TB) was the leading cause of death in 2006, followed by influenza and pneumonia, then intestinal infections and AIDS was the ninth most common cause of death.

“Why would the South African Government, knowing the health condition of its own population very well, have been expected so to focus on the ninth leading cause of death as virtually to treat as less urgent and important the first eight leading causes of death, even taken together?

“Did this have to do with the fact that South Africa could be a lucrative market for the sale of ARVs, as it now is?” he asks.

Secondly, and more importantly, South Africa has a very high TB rate and many of us have latent TB, which means that the TB bacteria live in our bodies but don’t develop into an infection as long as our immune systems are strong enough to hold them in check.  That is why people with weak immune systems – those infected with HIV, old people and babies – are so susceptible to TB.

The co-infection rate of TB and HIV is over 60 percent, and in places like KwaZulu-Natal, it is closer to 70 percent. So it makes perfect sense that TB is the biggest killer of South Africans – even today.

Mbeki’s successors have managed to source the cheapest ARVs in the world from generic manufacturers in countries such as India, so South Africa has not become the huge money-spinner for pharmaceutical companies, who come under massive pressure to relinquish their drug patents to save lives

Finally, Mbeki admits for the first time yesterday that he co-authored the infamous AIDS dissident thesis, “Castro Hlongwane , Caravans, Cats, Geese, Foot and Mouth and Statistics” which was distributed to ANC members in early 2002 by ANC MP Peter Mokaba. By June 2002, Mokaba was dead – allegedly of AIDS although he denied that he was infected.

One of the cornerstone arguments of the “Castro Hlongwane” document is that those who oppose the AIDS dissidents are inspired by racist beliefs about African promiscuity.  The document’s embedded electronic signature was traced to Mbeki but he never confirmed his authorship until yesterday.

Pride Chigwedere and colleagues from the Harvard School of Public Health calculated that Mbeki’s reluctance to roll out ARVs caused the deaths of 330 000 South Africans and the births of 35 000 HIV positive babies.

Mbeki is still unable to see the folly of what he euphemistically describes as his “unconventional” beliefs, confirming yet again that he has no insight into the misery he has caused to so many people. – Health-e News.

Kerry Cullinan is the Managing Editor of Health-e News Service. She has spent more than a decade covering HIV and health in South Africa. In 2009, she co-edited the book The Virus, Vitamins & Vegetables: The South African HIV/AIDS Mystery. An edited version of this opinion piece was also published on Health24.com