Not only has South Africa adopted the UNAIDS 90-90-90 targets, but we have gone one better than anyone else in the world and adopted 90-90-90 targets for TB as well. It is thanks to us that the Global TB Plan has 90-90-90 targets writes Yogan Pillay, Deputy Director General of the National Department of Health. 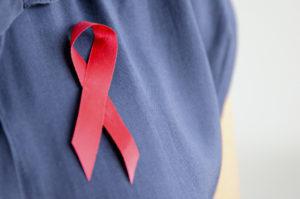 All 52 districts in the country have developed district implementation plans (DIP) aimed at overcoming existing bottlenecks and fast tracking progress toward the 90-90-90 HIV and TB targets.

The DIP process is being driven by the the National Department of Health. The NDoH assists the districts and facilities to develop HIV, AIDS, STI and TB (HAST) plans and budgets that are a true reflection of operational needs through the bottom-up approach.

We focus on the worst performing indicators. Facilities and sub-districts have to draw up implementation plans to address these, rather than the usual national and provincial-led processes.

Phase 1 of the DIP process in the 2015/16 financial year aimed to improve the performance of the three worst-performing district indicators through the re-allocation of existing budget to areas of greatest need.

We focus on the worst performing indicators. Facilities and sub-districts have to draw up implementation plans to address these, rather than the usual national and provincial-led processes.

Bottlenecks were analysed and facilities developed implementation plans to improve the performance of these indicators.

We are way ahead of anyone else in the world and at International Conference on AIDS and Sexually Transmitted Infections in Africa (ICASA) in Harare in 2015, other countries wanted our blueprint.

One of the challenges is loss to follow up, especially in the first three months after a person tests HIV positive. We have thus restructured counselling so that adherence  starts at the point of the test. Counsellors start to talk about treatment and adherence at the same time, and we are offering increased support in the first six months.

We are developing an app to remind people to take their medication and to go for their six-month viral load test. This is going to be customised for different groups – adolescents, women, men. We are already using MomConnect, a mobile service, to send messages to the cell phones of new moms.

Where we do have viral load tests, there is a high level of viral suppression – around 80 percent. Where a person’s viral load is undetectable and they are stable, we want to decant about 1.6 million patients into the Chronic Medicine Distribution Programme, so they can get their ARVs sent to them via courier.

By the end of 2016/17 we aim to have around 800 000 people getting their medicine by courier. If we can’t decant them and get their medicine to them, they will default when they don’t have transport money. It will also decrease the volume of patients on our facilities so that healthworkers can give more time to the patients that need to be there.

Dr Yogan Pillay is Deputy Director-General: HIV/AIDS, TB and Maternal, Child and Women’s Health in the National Department of Health, South Africa. This feature is taken from ‘Turn Around – The Story of South Africa’s HIV Response”, a book published by UNAIDS.

Health activists are striving to improve the lives of disabled children in a Limpopo village by renovating their homes.

Despite the Limpopo Department of Health’s drive to warn rural villagers not to drink contaminated river water, residents are continuing to do so as the dirty water is all they have access to.

The South African National Department of Health is expected to roll out a clinical access programme to allow drug-resistant tuberculosis (DR-TB) patients access to the new drug delamanid.