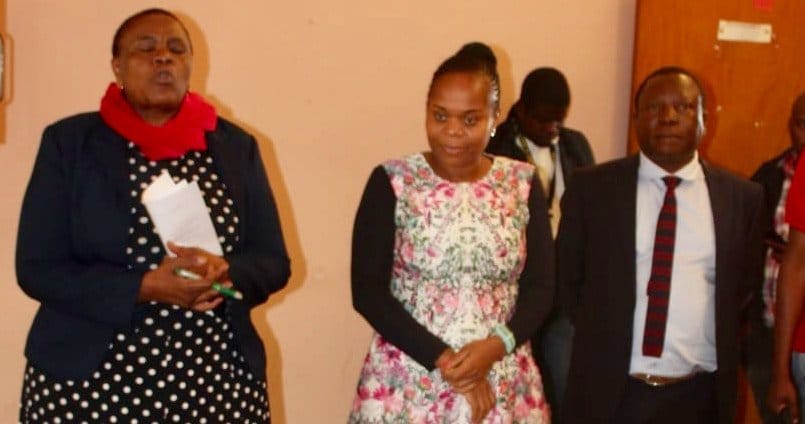 Limpopo’s MEC for Health has called the shortage of hospital personnel a crisis. Kgapane Hospital sometimes gets midwives from nearby clinics to fill in those gaps.

“Treasury should allow us to appoint,” said the Limpopo MEC for Health, Dr Phophi Ramathuba during her visit to Kgapane Hospital in Modjadjiskoof on June 14. She highlighted staff shortage as a major challenge.

She was there to check the progress since her intervention last year when she placed an interim management team in charge.

According to Treatment Action Campaign’s 2018 State of Provincial Healthcare System report, at least 10 000 posts are vacant in Limpopo.

Kgapane’s maternity ward sometimes only has one midwife, and if more is needed, they are sourced from nearby clinics. Ramathuba pleaded with the provincial Treasury to make funds available in order to address the crisis.

“Shortage of staff is still a headache for me. We are working with Treasury to try to allow us to appoint because until we unlock those funds, we won’t be able to… move forward,” she said.

Ramathuba said that midwives from clinics that are not busy are sent to Kgapane to help, but it isn’t supposed to be like that. “Treasury must just allow me to appoint midwives. I would prioritise [it] and, in case of this hospital, the area [of] priority is the maternity [ward],” said Ramathuba

Earlier this year Ramathuba announced that her department wouldn’t be absorbing 586 community health workers due to financial constraints. She also confirmed that Treasury administers appointments in the provincial health care facilities.

“Until such time that Treasury unlocks funds, we are stuck. We are waiting for Treasury. Even the majority of our hospitals are running with acting managers,” she said.

Meanwhile, the hospital will receive a facelift to its dilapidated infrastructures such as the casualty and pharmacy sections, she announced.

“As compared to previously when we intervened, there is progress. The short term issues have been dealt with but some of the medium and long terms are not dealt with.”

Hospital board member, Advocate Masilo Sekhula, said: “I’m satisfied with the turn the hospital is taking, we welcome the MEC’s intervention and we are hopeful that things improve for the better.