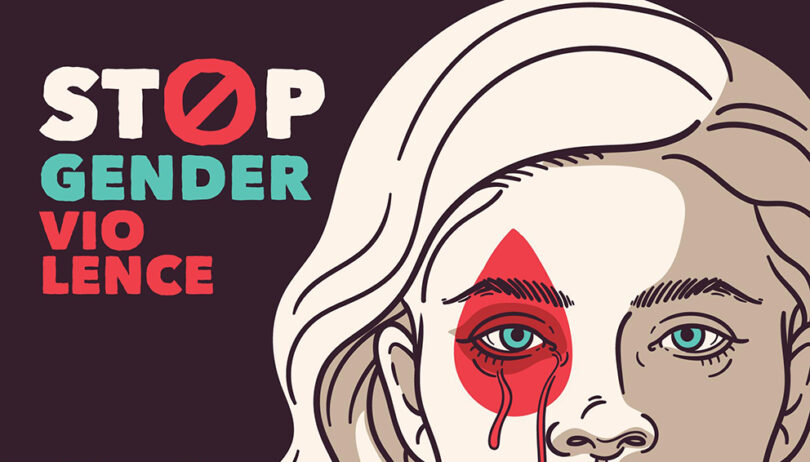 Fight against GBVF is underfunded(Graphic: Freepik)

Government is not adequately funding and resourcing shelters for survivors of gender-based violence. This was the admission of Social Development Minister Lindiwe  Zulu. During a panel discussion on the final day of the Presidential Summit on GBVF, Zulu said the R80.2-billion allocated to shelters, NPOS and NGOs was simply not enough.

“The money is just not adequate. We turn to other stakeholders like the private sector and churches to provide forms of support as well. Some shelters are getting money from the government, and others are fundraising for themselves.”

Zulu said the department is developing a new policy to ensure the services provided by shelters are standardised.

She said the department focuses more on shelters in poorer and working-class areas. More affluent communities tend to support the shelters in their areas.

Zulu said there was an urgent need to attract more social workers to the public sector. Currently, there are only 250 social workers focussing on GBVF. She said the curriculum and training of social workers must also change.

“The Department has developed the intersectional shelter policy, provision of psychosocial services, and children’s policy, as it relates to the funding of NPOs. We processed the developed policy for centre funding. This was reviewed to have achieved greater accountability.”

The minister noted the GBVF command Centre as a milestone in eradicating GBVF. She added that women must unite and support each other.

“We also have 100 GBVF ambassadors that we have deployed in hotspots. I have been asking the department to let us deal with these issues house to house, street to street, and community to community. This is where the pain is felt, and this is where we should be.”

National Treasury’s director general, Ishmail Momoniat, was unable to share how much of the GBVF fund was spent on appropriate programmes,

“We recognise that we have to do more. Currently, budgets are on an allocated process and are not gender-responsive. When we allocate funds, it is not easy to see how it deals with the gender response.”

Momoniat said that there are lots of problems that make it difficult to zoom in on how much is spent on GBVF and NSP programmes. He was not able to provide a breakdown of the GBVF funds and the programmes that they were distributed toward.

“On a national level, there are no figures for every sphere or organ of the state. Where we can be held accountable is to break our general figures down further into programmes, and I don’t have that figure on me.”

Momoniat also couldn’t provide the figure of how much money has been returned to the treasury that was allocated to GBFV programmes that were not used by departments.

“The breakdown would require the research aspect and us to go department by department and programme by programme – at a higher level. It is  just not easy to get that budget information program by programme.”

There are also too few Thuthuzela Care Centres (TCC) and no budget to create more. South Africa established TCCs as one-stop centres for rape survivors. Special Director of public prosecutions under the  Sexual Offences and Community Affairs (SOCA) Unit of the National Prosecuting Authority (NPA) of SA, Adv Bonnie Currie-Gamwo, said communities often did not know about the TCC locations and services.

“There are still too few TCCs, and there is no budget to expand the TCC footprint. There is a lack of space at existing public hospitals, and TCC location and services are not well known in the communities they serve, resulting in non-utilisation of the service,” said Currie-Gamwo.

Nationally, SA currently has just 61 TCCs located in rural, urban, and peri-urban communities. Police data shows Diepsloot is ranked one of the top 30 hotspots of GBVF in the country. However, there is currently still no TCC available. Currie-Gamwo blamed this on the inability to get buy-in from the community stakeholders.

The centres are managed by the NPA’s SOCA Unit in partnership with integrated stakeholders.

Currie-Gamwo Said that some TCCs are still housed in park homes and have become dilapidated because they have exceeded the five-year lifespan, posing safety and habitability risks.

She said data shows that 50 percent of those accessing services from TCCs are in fact, children.

“Through the TCCs, we do community awareness, training, and educating the youth around GBVF. We encourage them to report cases directly to TCCs rather than a police station or hospital. The staff arrange immediate medical attention at staff and counselling services at the centre.”

The NPA partnered with the SAPS  forensic science lab in  2020 to assist with and address the backlog of DNA. Over 16 000 reports relating to GBVF came to the NPA, and to ensure that withdrawn cases were re-enrolled, the NPA formed a collaboration with the police and has since put a lot of pressure for action on the GBV cases that are on the court roll.

“We have tried to link the GBV desks formulated by the police with TCCs because it is still a police station. The engagement with them is to link the desks to the TCCs so that when the victim arrives at a desk, they can be referred to the TCC through a direct and safer pathway. This will also assist with domestic violence and non-sexual forms of violence.”

One of the top priorities of the NPA is to improve access for persons with disabilities. Including the Deaf community.

“We will be linking a translator for sign language to every TCC and are currently compiling the list. There will also be a video translation for deaf people; while they are waiting for the interpreter, they can watch the video – which tells them about the TCC and how it works.”  – Health-e News